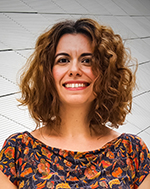 Mara Malagodi is an Assistant Professor at the Faculty of Law, Chinese University of Hong Kong. She joined CUHK in August 2019.

Dr. Malagodi is a comparative constitutional lawyer and socio-legal scholar with a linguistically-informed specialism in South Asian law and politics (in particular Nepal, India, and Pakistan), human rights law, gender and law, legal history, and law and film. She is a non-practicing barrister in England and Wales, and an award-winning documentary filmmaker.

Dr. Malagodi holds her Doctorate (2009), MA in South Asia Area Studies, and BA (Hons) in Nepali & Politics from the University of London (SOAS). She completed the Bar Professional Training Course (BPTC) at the City Law School, obtained her Graduate Diploma in Law (GDL) from the then College of Law and her BA in International Relations & Diplomacy from the University of Trieste.

Dr. Malagodi is a scholar of the Honourable Society of the Middle Temple, which called her to the Bar of England and Wales in 2016 and awarded her the Quatercentenary Scholarship and Blackstone Entrance Exhibition to support her professional legal training.

Before joining CUHK, Dr. Malagodi was a Senior Lecturer at the City Law School, University of London (2015-2019), a British Academy Postdoctoral Fellow in the Department of Law at the London School of Economics and Political Science (2012-2015,) and a Senior Teaching Fellow at the School of Oriental and African Studies (2008-2012). She is on the expert roster of iProbono and ROLE UK, has worked as an external consultant for various United Nations agencies, and has been teaching at the Diplomatic Academy of the UK’s Foreign & Commonwealth Office.

She tweets as @RestlessMafalda and can be reached on LinkdIn here