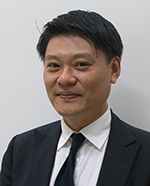 Chin Leng Lim is the Choh-Ming Li Professor of Law and practises as a barrister and arbitrator with a leading London commercial set. He is a Visiting Professor at King’s College London, Honorary Senior Fellow of the British Institute of International and Comparative Law, an editorial board member of the International and Comparative Law Quarterly and  associate member of the Institut de Droit International. His latest book, Treaty for a Lost City, will be published by Cambridge in 2022. He is, currently, completing “The Methods and Aims of Post-Colonial International Law” which will be delivered at the Hague Academy of International Law/Académie de droit international de La Haye in 2023 before publication. Professor Lim joined the Chinese University of Hong Kong in 2017 following a decade as Professor of Law at Hong Kong University where he had served as a member of HKU’s Senate and Court and in various other capacities in both the central and faculty administrations.

Books include:
The following is a selection only of contemporary published papers, some as book chapters:
Scribblings on Hong Kong’s treaty and constitutional arrangements include:
For papers made publicly available, please see: https://works.bepress.com/chin_lim/.
Keynote speeches and invited lectures include those delivered at Tillar House in D.C., the Harvard International Law Journal’s Annual Symposium, the Lakshman Kadirgamar Institute, the 21st Singapore Law Review Lecture and the CMS Hasche Sigle International Law Lecture. Conferences and international workshops organised include an inaugural conference held in Singapore of the Asian Society of International Law in 2007 (NUS grant supported) and a series of Hong Kong conferences:
His writings have been cited by appellate courts, most recently in a number of arbitration-related decisions by Singapore’s Court of Appeal, the Indian Supreme Court and the Constitutional Court of Colombia, by the bar associations in England and Hong Kong, in a Hong Kong legislative inquiry and in Canadian Royal Commission and International Law Commission reports. In recent years he has spoken at the invitation of China’s MOFCOM, the EU Office to HK, UKFCO, Australia’s DFAT, Malaysia’s Central Bank, international bodies (the WTO, UNESCAP, APEC, ADB, PECC, OMFIF), universities (Tokyo, Keio, Geneva, Peking, Tsinghua, Melbourne, Duke, Harvard, Penn, NYU and Tufts among them) and to professional legal audiences at events organised by ASIL, the NY State Bar Association, IBA, KLRCA, HKIAC, CIETAC, HKIArb, GAR and AsiaLaw. He is reported in the Economist, Vox, the Wall Street Journal, the Chicago Tribune and the Guardian in the UK, by Forbes, CNN, Reuters, what then was the International Herald Tribune and by the Hong Kong, Beijing and regional press and media.
Lim served three terms on a trade and industry department committee which advises the Hong Kong SAR’s Commerce Secretary. Before coming to Hong Kong, he taught at the National University of Singapore to which he returned in 2015 as the inaugural Lionel A. Sheridan Visiting Professor. He had taught, previously, in England and Wales before a hiatus from academic life – then at Queen Mary & Westfield College, London – followed during which he worked at Geneva UN Headquarters (UNCC/Security Council ad hoc committee no. 26), and later as government international law counsel for the Republic of Singapore.
Called to the Middle Temple and to the Singapore Bar he holds bachelor’s degrees from Buckingham and Oxford (Univ. Coll.), a master’s degree from the Harvard Law School as Kathryn Aguirre Worth Memorial Scholar, and a doctorate from Nottingham where he had first taught as a part-time tutor while holding the Law Studentship under the supervision of Professor D.J. Harris C.M.G. and the late Rev. Professor Hilaire McCoubrey.