Student as Producer was established at the University of Lincoln in 2010 to embed research-engaged teaching as the organizing principle for teaching and learning across the institution. This approach to research-engaged teaching was informed by critical theory, critical pedagogy and popular education. Mike Neary will talk about the practical and conceptual issues involved with implementing Student as Producer at Lincoln. He will go on to discuss the way in which the pedagogic model is being used to create a new framework for higher education in the form of a co-operative university.

The seminar will be a discussion with Professor Neary. It would be helpful to read the following before the seminar:

A report on Student as Producer for the Higher Education Academy in 2015:
https://www.heacademy.ac.uk/system/files/hub/download/lincoln_ntfs_2010_project_final_report_fv.pdf

A paper published in Critical Education in 2016:
http://ices.library.ubc.ca/index.php/criticaled/article/view/186127

Mike Neary is Professor of Sociology at the University of Lincoln. He was the Dean of Teaching and Learning at Lincoln 2007-2014. Before working at Lincoln Mike taught Political Sociology at the University of Warwick (1994-2007). He is a National Teaching Fellow (since 2007) and Principle Fellow (since 2016) of the Higher Education Academy. In 2014 Mike was made an honorary life member of Lincoln’s Students’ Union for his work with students. He is a founder member of the Social Science Centre, a co-operative organizing no-fee higher education in Lincoln. 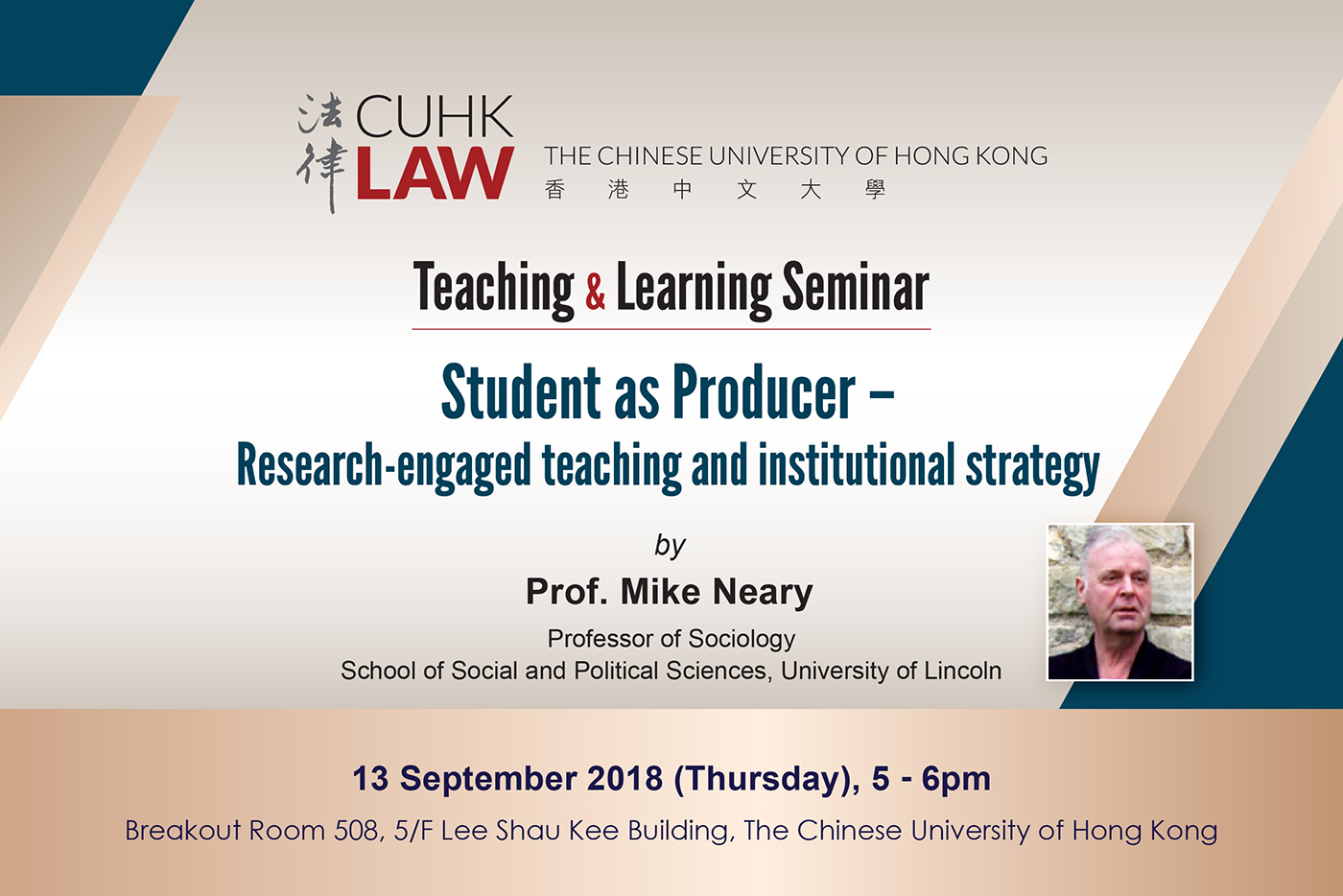