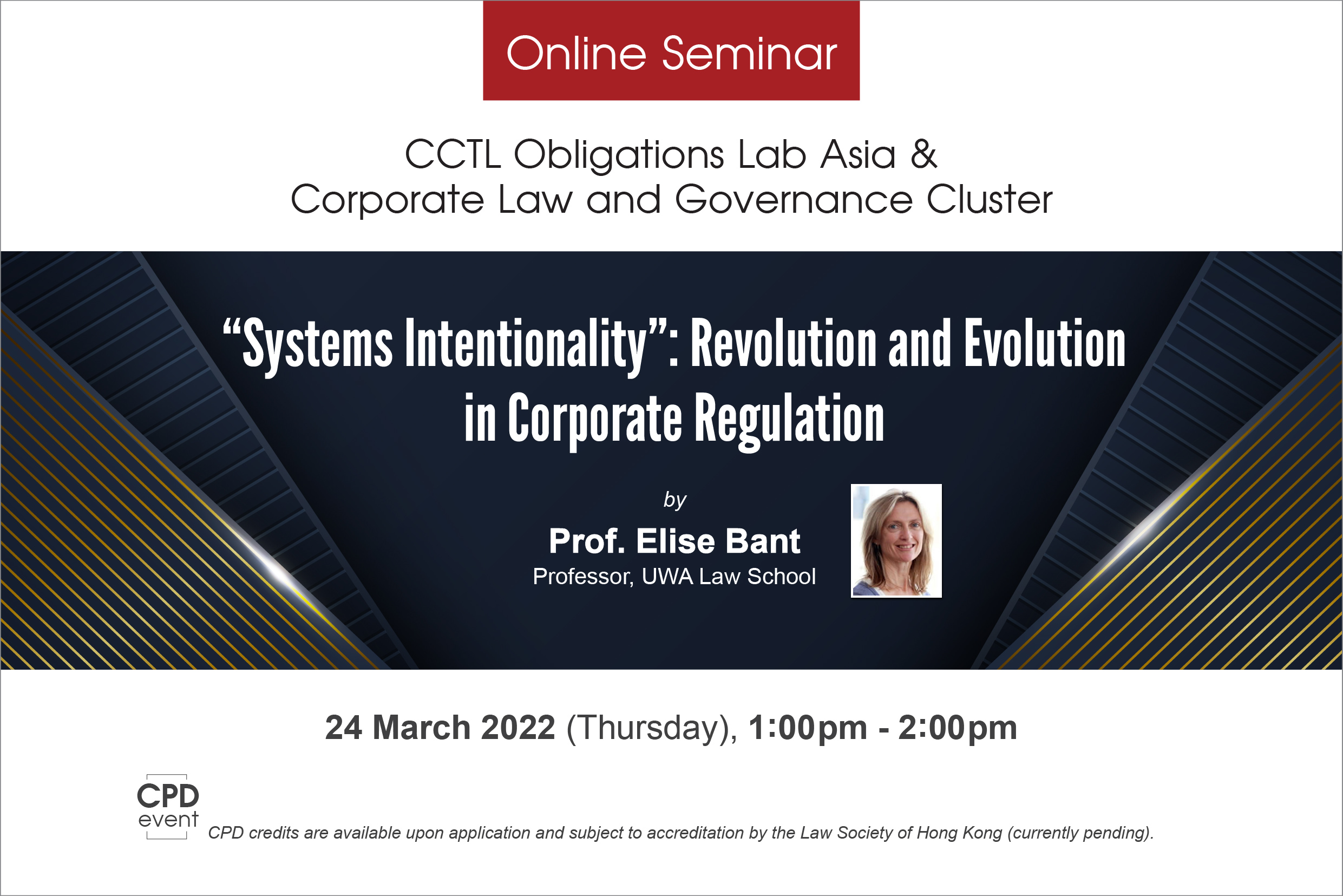 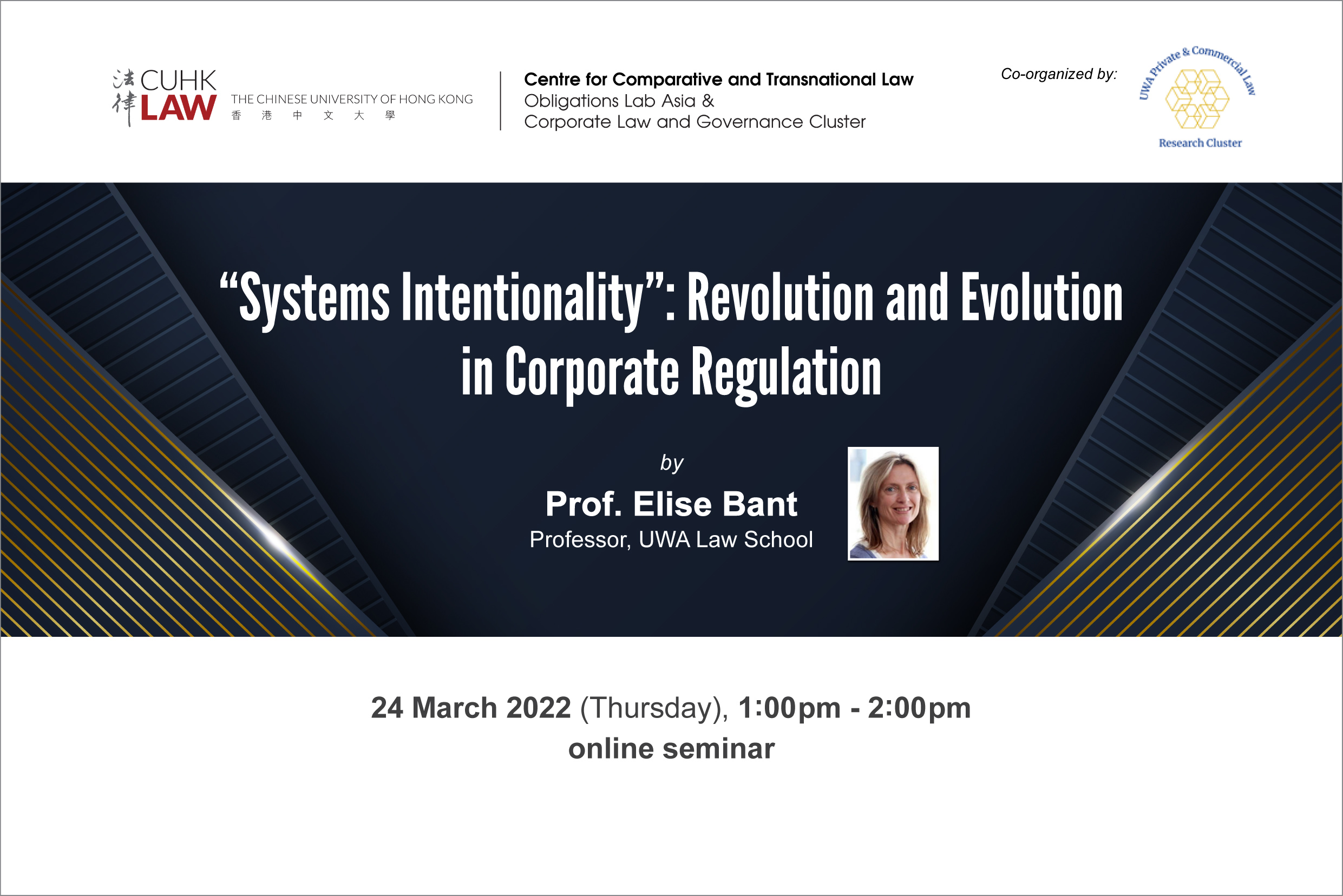 A new model of ‘systems intentionality’ provides a ground-breaking method for identifying, and proving, culpable corporate mental states. Drawing on a range of existing legal, moral and organisational theories, and the insights of criminal and civil law reforms, this presentation explains the key features of the model, its advantages over existing models of corporate attribution, and how it would apply in a range of high-profile cases of corporate wrongdoing. The model provides powerful reasons for courts, regulators and directors to attend closely to the design, implementation and audit of corporate systems, policies and practices, as critical to issues of compliance and liability.

Dr. Elise Bant is Professor of Private Law and Commercial Regulation at the UWA Law School, a Professorial Fellow at the University of Melbourne and a Fellow of the Australian Academy of Law. Drawing on her background in legal practice with Herbert Smith Freehills, her scholarship is characterised by careful engagement with legal doctrine and policy, the realities of legal practice and the demands of the rule of law. Consistently, Professor Bant works closely and collaboratively with judges, eminent practitioners, regulators, law reform bodies and other scholars, to ensure that her research is both rigorous and ‘fit for purpose,’ as a positive contribution to the practice of the law. Since 2010, Elise has held a series of Australian Research Council grants to pursue research concerned to remedy and regulate corporate and commercial misconduct, culminating in her appointment as a Future Fellow in 2020. For information on her current project, see: https://www.uwa.edu.au/schools/research/unravelling-corporate-fraud-re-purposing-ancient-doctrines-for-modern-times.

A UWA alumna, Professor Bant commenced her studies at UWA in 1987, graduating in 1992 with joint degrees in Arts (majoring in Politics) and Law. She practiced with Herbert Smith Freehills, and served as a judge’s associate and casual tutor in Constitutional Law, before joining UWA Law School in 1999 as a full-time lecturer.

During 1997-1998, Professor Bant studied at Oxford University under Professor Peter Birks, who was influential in inspiring her chosen career in academia and a “life of wrestling with some of the most fascinating, complex and challenging legal issues of our time”. She returned to Oxford in 2005 to undertake further studies culminating in the award of Doctor of Philosophy in 2008. Professor Bant joined the University of Melbourne Law School on 2008, initially as an Associate Professor, before her promotion to Professor in 2012. Professor Bant was director of the Melbourne Law School Obligations Group throughout her time at the School, and became an editor of the Journal of Equity in 2016.

Professor Bant returned home to UWA at the start of 2020. She currently plays an integral role in the UWA Private and Commercial Law Research Cluster, and is an associate with the Modern Slavery Network and Minderoo Tech and Policy Lab, among others.