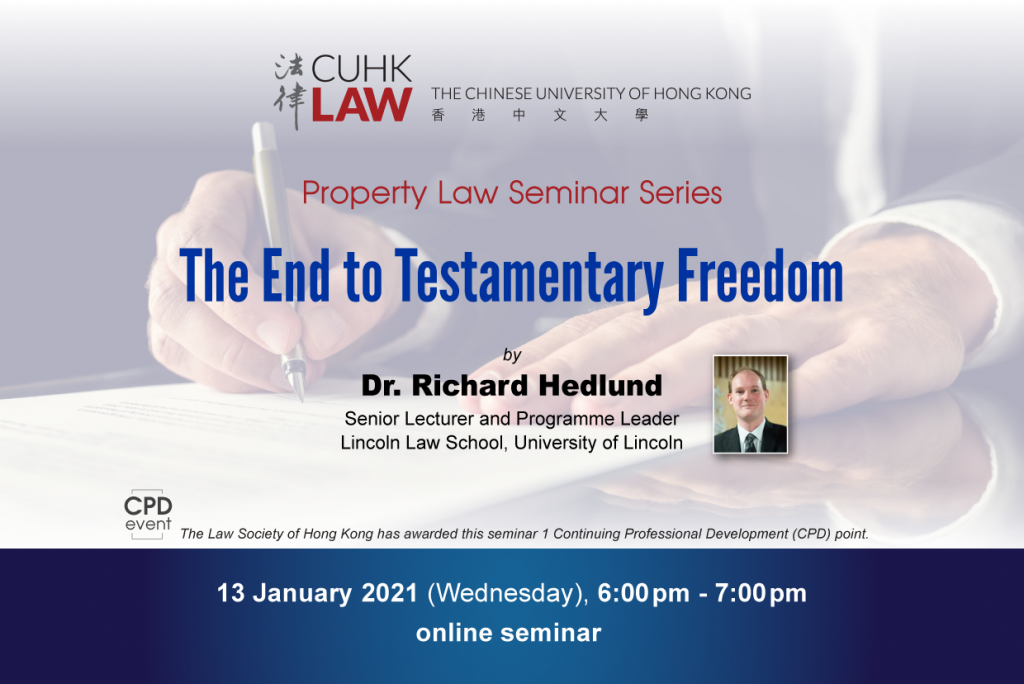 Testamentary freedom is a hallmark of modern English succession law, allowing testators to freely choose whom to benefit and exclude from inheriting their estate by writing a will. However, in 1938 the UK Parliament introduced the Inheritance (Family Provision) Act, which introduced the so-called family provision rule, allowing close family members to apply to court for an award out of the estate, which the court can grant at its discretion. This rule was already in place in some of the Dominions, including Australia and New Zealand. It has also been introduced in Hong Kong, now found in the Inheritance (Provision for Family and Dependants) Ordinance Cap. 481. This presentation will critically examine the parliamentary proceedings in the UK Parliament from 1928 and 1938 that led to the enactment of the 1938 Act, looking at the arguments presented by the proponents and opponents of the rule. This will place the 1938 Act in the political, cultural, social, and economic context of the times, from the Enlightenment philosophers who promoted individualism, to the great social reforms of the Victorians, and women’s suffrage and the reassessment of marriage as an equal partnership in the 20th century. Far from being a minor piece of property legislation, the family provision rule goes to the very heart of how we perceive our society.

Dr Richard Hedlund is a Senior Lecturer in Property Law and the LL.B. Programme Leader at the University of Lincoln, UK. He obtained an LL.B., LL.M, and a Ph.D. at the University of York, UK. He has published and presented extensively on property law and legal education, including twice at CUHK.