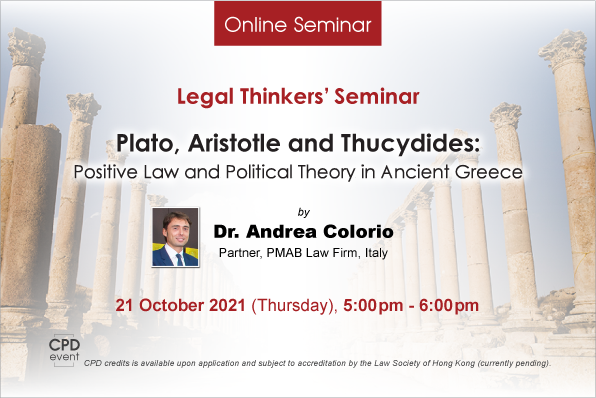 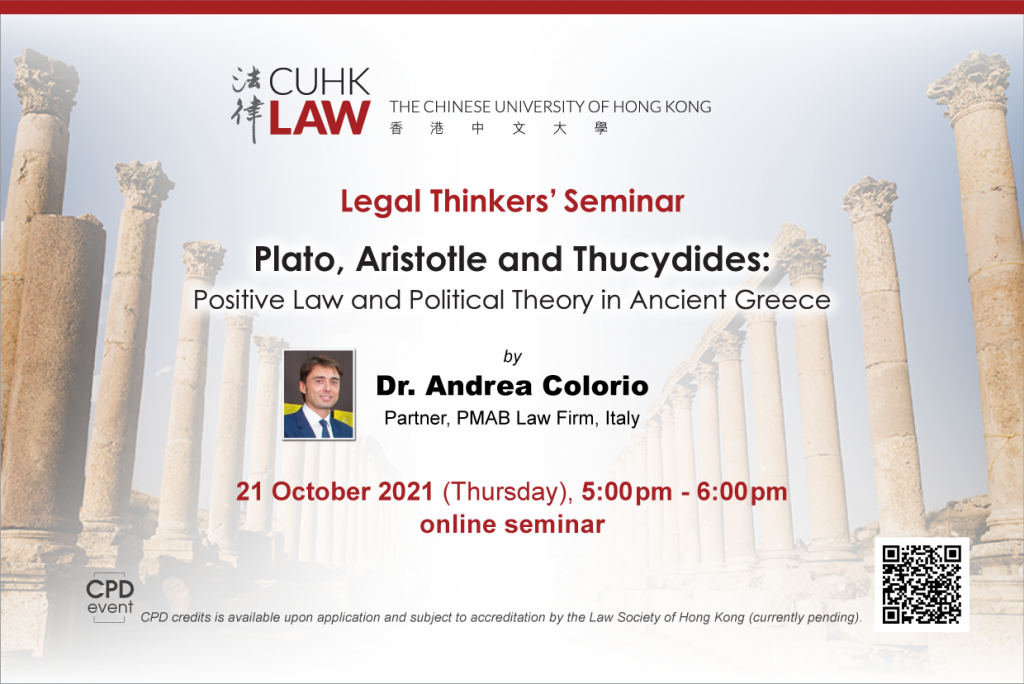 Law and political theory are interconnected subjects whose precise relationship has probably not been studied enough so far. In fact, if it is true that the question on how political theory has shaped law and might shape it in the future has been deeply examined in the past, the question on how law has shaped and might shape political theory would deserve to be deepened much further, particularly in a comparative and diachronic perspective. Precisely under this point of view, the study of some specific legal aspects of three eminent ancient Greek thinkers such as Plato, Aristotle and Thucydides can offer important material for reflection. Plato’s “Laws” are one of the best examples of how and to which extent already existing law provisions – specifically those of the ancient city of Gortyn in Crete – could influence political thought in the theoretical dimension of “making law”, with respect to the elaboration, organization and functioning of the “ideal” constitutional system. In turn, Aristotle shows us very clearly in his works how citizenship in classical Athens – strongly linked with the political-religious participation in the polis guaranteed by the private law right of ownership of land – can be seen as a fundamental example of the reciprocal compenetration between law and political thought in antiquity: in fact, holding real property according to the applicable private law dispositions was strictly connected to the circumstance itself of being Athenian and, therefore, taking part in the civic community. Finally, also in the case of Thucydides, who is rightly considered the first theorist of international relations and politics, it is possible to recognise a strong interrelation between legal practice and political theorisation, emerging for instance in the field of the resolution of disputes particularly with respect to conflicts of city states solved through mediation and international arbitration.

Dr Andrea Colorio is an Italian qualified lawyer and a partner at PMAB Law Firm, Italy. He focuses his practice on complex civil and tax litigation, as well as on national and international dispute resolution work; in this respect, he has been involved in domestic and international arbitration proceedings, both ad hoc and institutional, acting as administrative secretary to the arbitral tribunal, party’s counsel, co-arbitrator (before the ICC International Court of Arbitration) and sole arbitrator. He holds an international triple Ph.D. from the University of Paris 1 Panthéon-Sorbonne, the University of Milano-Bicocca and the University of Szeged and is a full member of the Academy of the Agiati of Rovereto. Dr Colorio has published extensively in the field of ancient and comparative legal history, as well as on the relationship between technology and law; in October 2014 and May 2016 he was visiting scholar at Harvard University´s Center for Hellenic Studies in Washington, DC. He is a Fellow of the Malaysian Institute of Arbitrators (FMIArb) and of Prime Dispute (FPD), as well as the Vice-President of the Italian Chapter’s Executive Committee of the Club Español del Arbitraje (CEA, Spanish Arbitration Club).

CPD credits are available upon application and subject to accreditation by the Law Society of Hong Kong (currently pending).