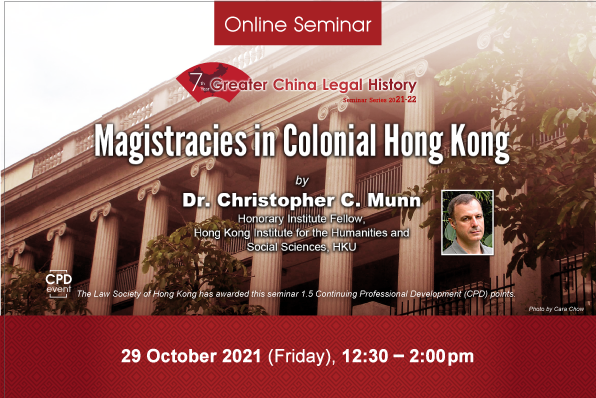 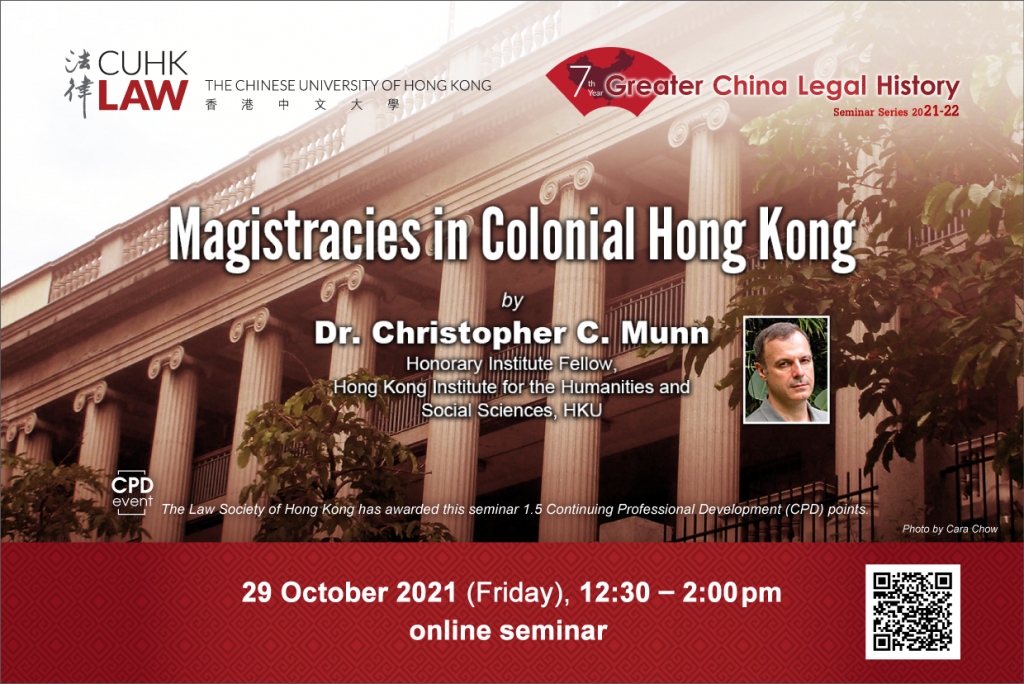 According to one early observer, magistrates in colonial Hong Kong ‘came more in contact with the mass of the people in the administration of law and justice than all the other officers of the Crown put together.’ The Magistracy was both dispenser of justice and instrument of control in a rapidly expanding and often unruly city. Thousands of ordinary men and women – in some years the equivalent of over 10% of the population – were taken before the magistrates for a wide variety of crimes and offences. Many, unable to pay their fines, ended up in prison.

Focusing mainly on the period 1841-1941, and on the Central Magistracy (now part of the Tai Kwun complex), this seminar will discuss the important role of the Magistracy in administering justice, maintaining order, and protecting revenue in colonial Hong Kong. It will examine its place in the judicial system and wider political economy. It will trace the development of some of the laws enforced by magistrates, their impact, and the controversies surrounding them. It will also explore the careers and reputations of some key magistrates. A final section will outline the expansion and development of magistrates’ courts in the decades after World War II.

Christopher Munn is the co-author, with May Holdsworth, of Crime, Justice and Punishment in Colonial Hong Kong: Central Police Station, Central Magistracy and Victoria Gaol, published by Hong Kong University Press in 2020.

Christopher Munn is the author of Anglo-China: Chinese People and British Rule in Hong Kong and A Special Standing in the World: The Faculty of Law at the University of Hong Kong, 1969–2019. He is a co-editor, with May Holdsworth, of the Dictionary of Hong Kong Biography, and co-author with her of Crime, Justice and Punishment in Colonial Hong Kong: Central Police Station, Central Magistracy and Victoria Gaol. Born, raised and educated in England, he served as an administrative officer in the Hong Kong Government 1980-1992 and in various positions in the Hong Kong Monetary Authority 1998-2010. He received his PhD from the University of Toronto in 1998. He is an Honorary Institute Fellow of the Hong Kong Institute for the Humanities and Social Sciences, an Honorary Associate Professor of the History Department, and a research associate in the Faculty of Law, the University of Hong Kong.