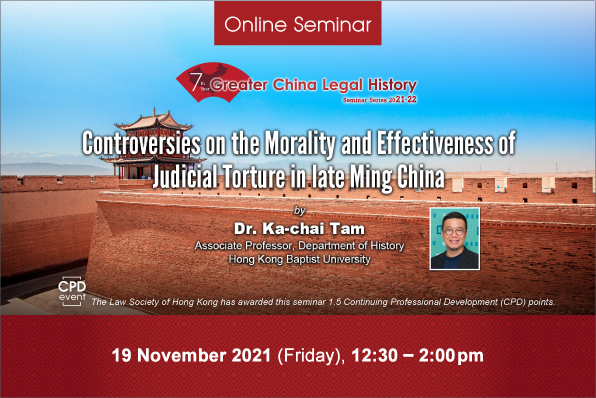 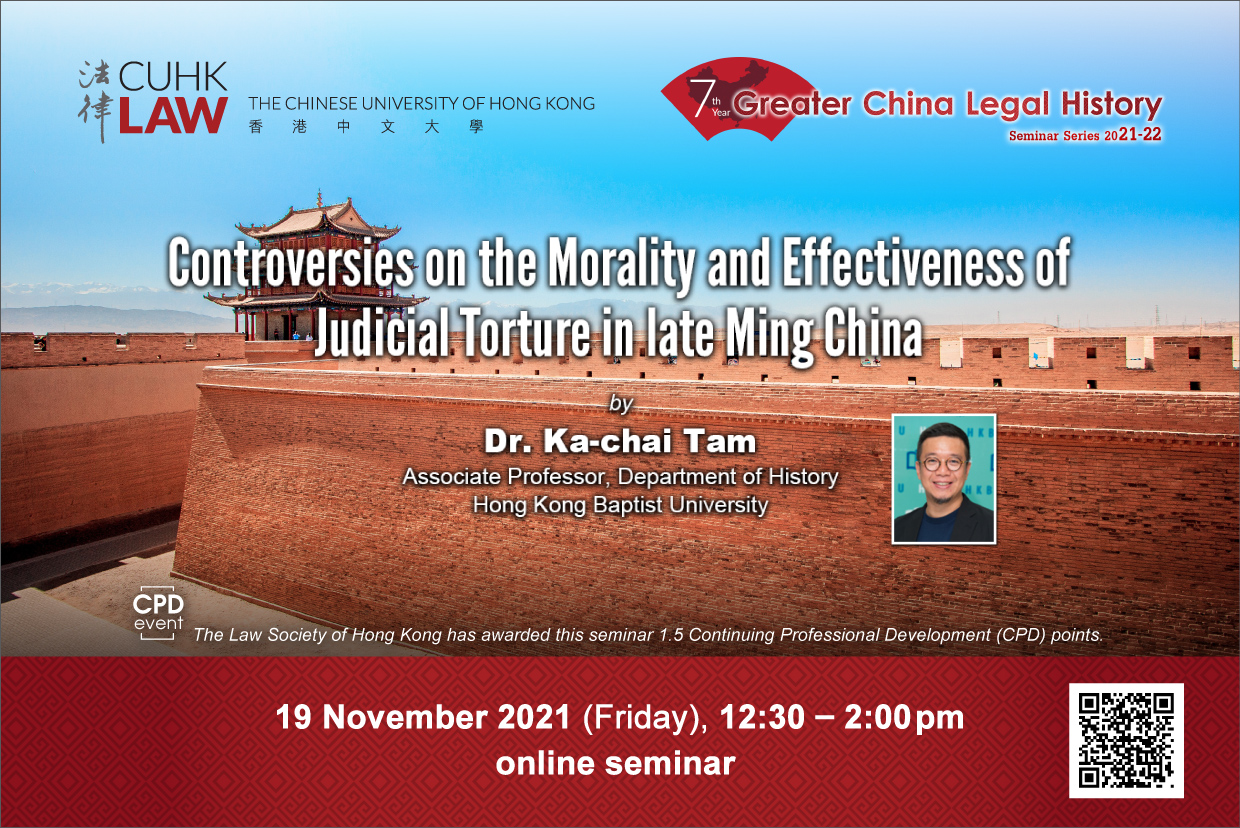 This seminar explores the controversial views of late Ming China (1550-1644) to judicial torture from two opposite but interactive directions. While considered an effective, if not indispensable, measure to finding facts of crimes before the age of scientific investigation and DNA testing, in their judicial casebooks the late Ming prefectural judges often complained against the wrongful application of judicial torture of their subordinates at the lower levels. They argued that in the hands of inexperienced and careless magistrates and underlings, forcing confession by violence indeed corrupted the judiciary other than brought justice to light.

On the other hand, in many contemporaneous popular novels and novellas, such as Feng Menglong’s 馮夢龍 (1574-1646) celebrated series of vernacular stories, the Sanyan 三言, judicial torture, however, is not blamed as a source of injustice in the same way of the judges. On the contrary, it is lavishly employed by good judges in the stories who discovered hidden details of crimes and therefore effectively eliminated evil. By comparing reasons of different strata of society in our sources on both criticizing and supporting the application of torture at court, how the late Ming people found the principles to manage this violent judicial apparatus is discussed in the conclusion.

TAM Ka-chai has recently published three books on Chinese legal history, namely, Justice in Print: Discovering Prefectural Judges and their Judicial Consistency in late Ming Casebooks (Brill, 2020), Ming Zhongwanqi de falü shiliao yu shehui wenti 明中晚期的法律史料與社會問題 (Wanjuanlou 萬卷樓, 2020) and The Spread and Restrictions of Catholicism under the Judicial Perspective in Ming and Qing China 天道廷審—明清司法視野下天主教的傳播與限制 (co-authored in Chinese, HK CityU Press, 2021). Before reading his D.Phil. in Oriental Studies at the University of Oxford, he had lived and studied within a 7-kilometer radius of the University Library of the Chinese University of Hong Kong, where he received his B.A. (Hons) History (1st) and M.Phil. After teaching and researching in the Hong Kong Polytechnic University and CUHK, he has been serving in the Department of History, the Hong Kong Baptist University, and now as an Associate Professor. Alongside legal history, his areas of interest include maritime and transportation history of East Asia from 14th to 21st centuries, and the development of Historical Geographical Information System (GIS).