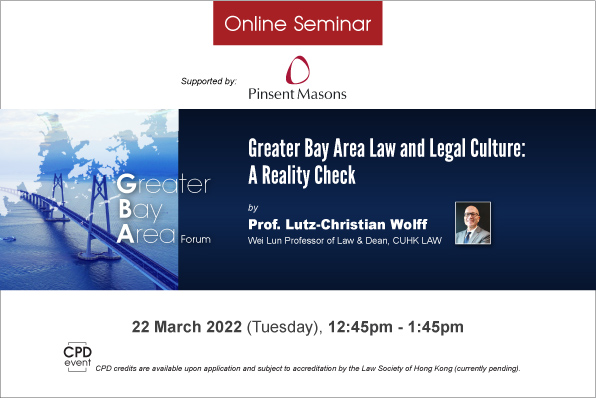 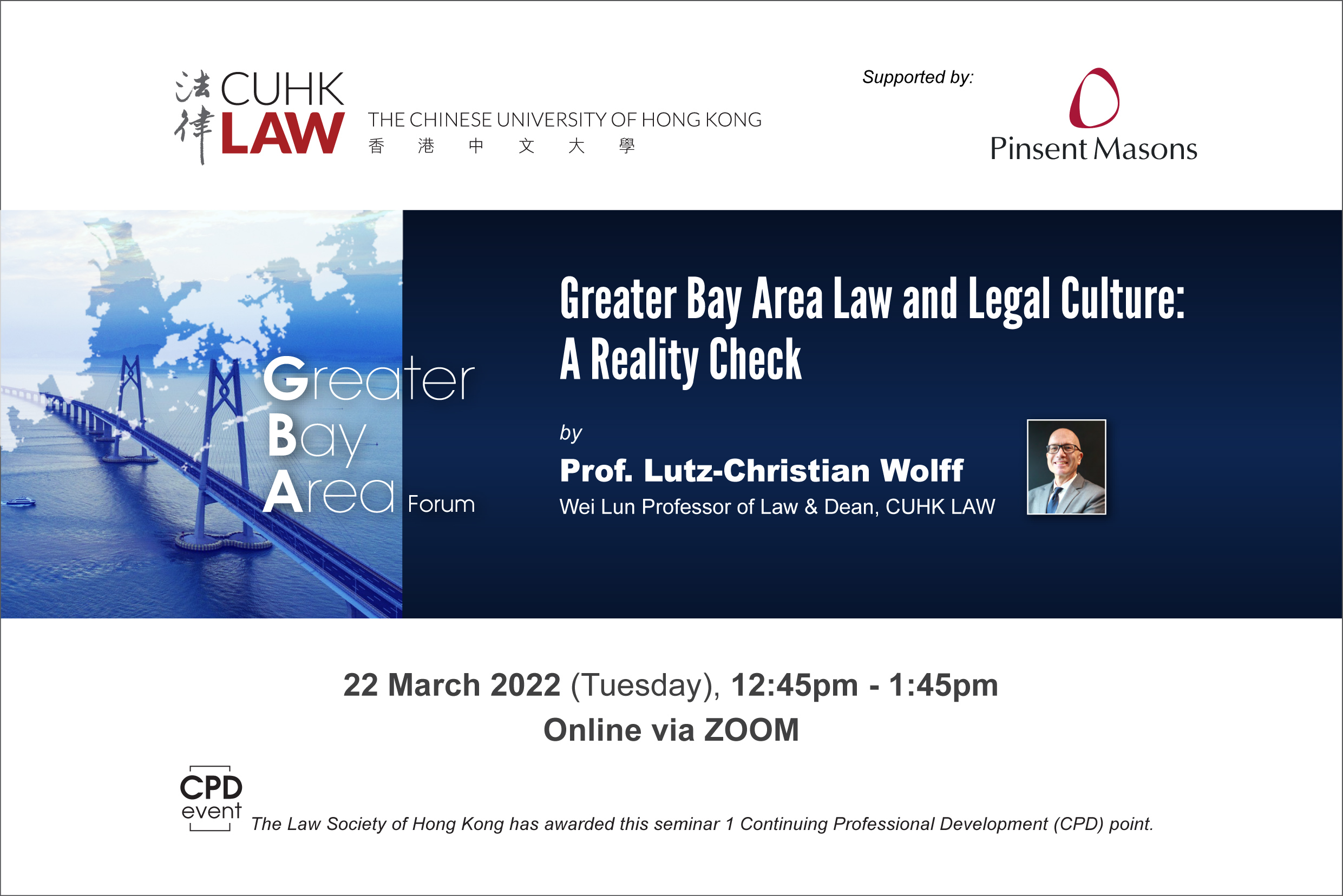 The idea of the Greater Bay Area (GBA) was “officially born” in 2017 and has since then led to a lot of discussion not least from the viewpoint of related legal implications.  The whole GBA notion is, however, anything but clear. This seminar is the kick-off event of a series of public seminars which aim to shed light on different legal aspects related to the GBA. To set the scene, this seminar first discusses the current status of GBA law as well as future prospects. The second part then addresses the existing diversity in terms of legal cultures in the GBA. Taking research conducted in the area of organizational behavior sciences as a starting point, it explains the “mechanics” of legal culture in general and explores if and how the famous clash of legal cultures can be avoided in the GBA and how cultural diversity can rather be utilized with the goal to support economic integration.

About the Speaker:
Prof. Lutz-Christian WOLFF is Wei Lun Professor of Law and Dean of the Faculty of Law at The Chinese University of Hong Kong. After several years of studying, doing research and working in Passau, Shanghai, Taipei, Düsseldorf, Beijing, New York and Frankfurt he has been based in Hong Kong since 1999. Prof. WOLFF specializes in Chinese and international business law, private international law and comparative law. His work includes: Mergers & Acquisitions in China – Law and Practice, 5th ed. (2015); The Law of Cross-border Business Transactions – Concepts, Principles, Skills – 2nd ed. (2017); From a ‘Small Phrase with Big Ambitions’ to a Powerful Driver of Contract Law Unification? – China’s Belt and Road Initiative and the CISG -, 34 Journal of Contract Law (2017), 50; Legal Responses to China’s ‘Belt and Road’ Initiative: Necessary, Possible or Pointless Exercise?, 29 Transnational Law and Contemporary Problems Journal (2020), 249. He is also the editor of China Outbound Investments (2011 – Chinese translation 2012) and Legal Dimensions of China’s Belt and Road Initiative (Hong Kong 2016 – with Xi Chao).