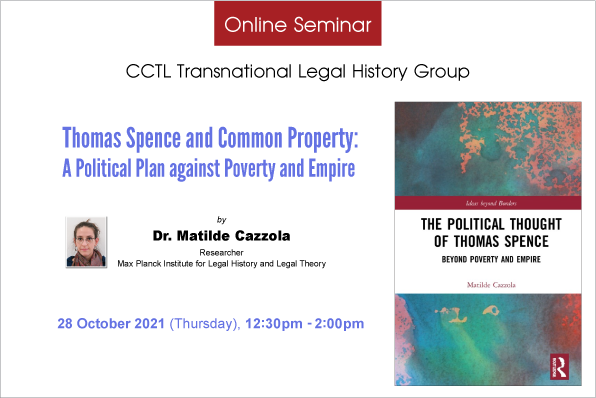 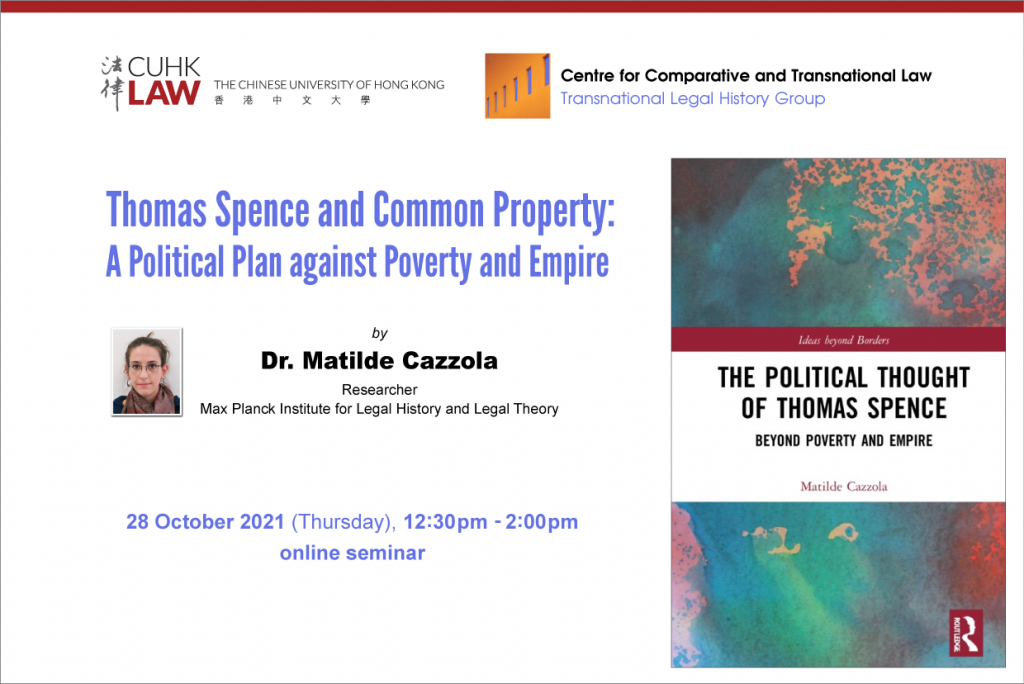 This presentation surveys the political ideas of English radical thinker Thomas Spence (1750–1814), who was renowned for his ‘Plan’, a proposal for the abolition of private landownership and the replacement of state institutions with a decentralized parochial organization. This system would be realized by means of the revolution of the ‘swinish multitude’, the poor labouring class despised by Edmund Burke and adopted by Spence as his privileged political interlocutor. While he has long been considered an eccentric and anachronistic figure, this presentation sets out to demonstrate that Spence was a deeply original thinker, who was well-known in his own day within and beyond Britain and whose political views had an enduring impact on the nineteenth-century British labour movement. It also shows that the Plan featured an excoriating critique of colonialism and slavery as well as a project of colonial emancipation by means of the global abolition of private landownership. By virtue of its transnational scope, the Plan made landfall in the British West Indies a few years after Spence’s death, as it was intellectually implicated in Bussa’s rebellion of 1816, the largest slave revolt in the history of Barbados. The presentation also illustrates Spence’s original notion of commonality as encompassing both the natural commons and the sphere of production. Alongside the abolition of private landownership, the Plan featured a system of ‘dividends’, quotas of money to be redistributed quarterly among all parishioners which can be interpreted as an early version of the unconditional basic income. As the dividends would ensure the basic means of subsistence to everyone without requiring work, the Plan would achieve men’s emancipation from poverty and the coercion of labour.

Matilde Cazzola earned her PhD in History from the University of Bologna, Italy, in 2019. She is currently a postdoctoral researcher at the Max Planck Institute for Legal History and Legal Theory in Frankfurt Am Main, Germany. She studies British imperial philanthropy and administration in the nineteenth century.