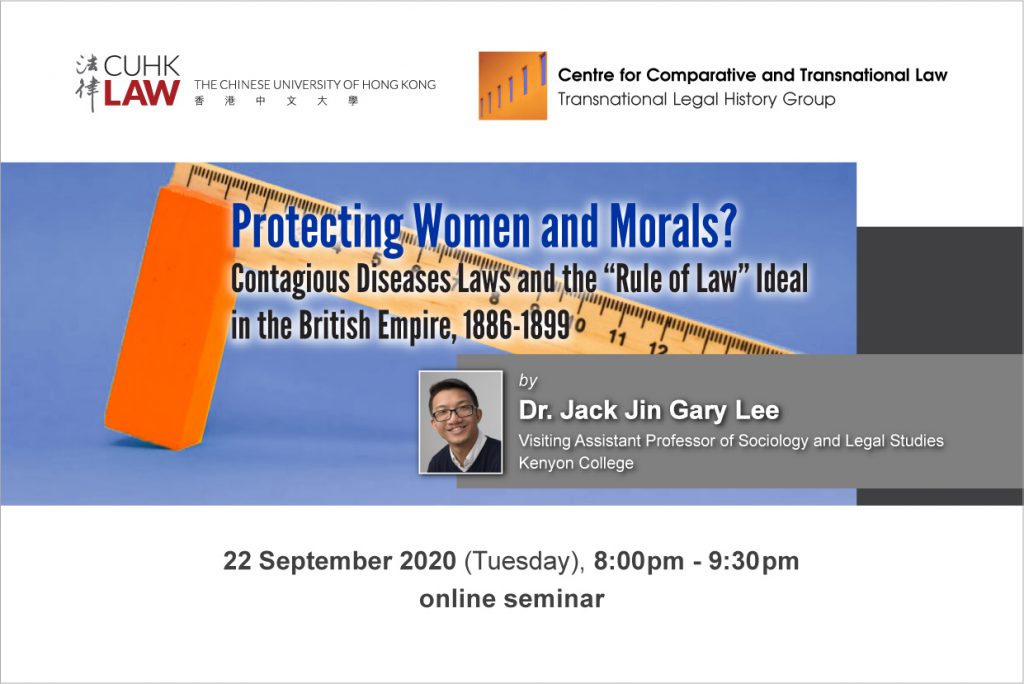 What does it mean for liberal empires to invoke the rule of law, on the one hand, and to expand their control over subject populations, on the other? This article examines debates over the freedom of women during the repeal of the Contagious Diseases (CD) ordinances by the Protection of Women and Girls ordinances in the directly ruled colonies of Hong Kong and the Straits Settlements (Singapore, Penang and Malacca). Originating in Hong Kong, CD laws were used to contain the spread of venereal diseases among soldiers and other populations across the modern British empire. Officials employed these laws to police prostitution and subject working-class, “native” women to medical surveillance. While the compulsory medical examination of women ended with the repeal of CD laws across the British Empire, the Straits Settlements and Hong Kong continued to regulate prostitution for the protection of “native” women and their freedom, revealing the peculiar significance of the “rule of law” under liberal imperialism. In a historical ethnography of the “rule of law” ideal, Dr. Jack Jin Gary Lee demonstrates how officials utilized its central premise of individual liberties as a comparative frame of evaluation to formulate a racially differentiated mode of gendered sovereignty.

Dr. Jack Jin Gary Lee’s research and teaching examines the significance of culture, law and politics in social processes of state-making and governance. He is working on a book on the significance of law and race in the making of “direct rule” in the modern British Empire. Focusing on the re-constitution of Jamaica and the Straits Settlements (Singapore, Penang and Malacca) as Crown Colonies in the latter half of the nineteenth century, this project examines the workings (and postcolonial legacies) of liberal imperialism in relation to colonies marked as plural societies. Notably, Lee’s dissertation on this topic won the University of California, San Diego’s 2018 Chancellor’s Dissertation Medal (Social Sciences).