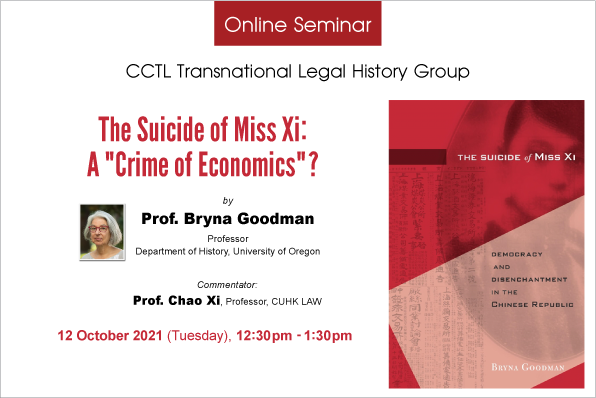 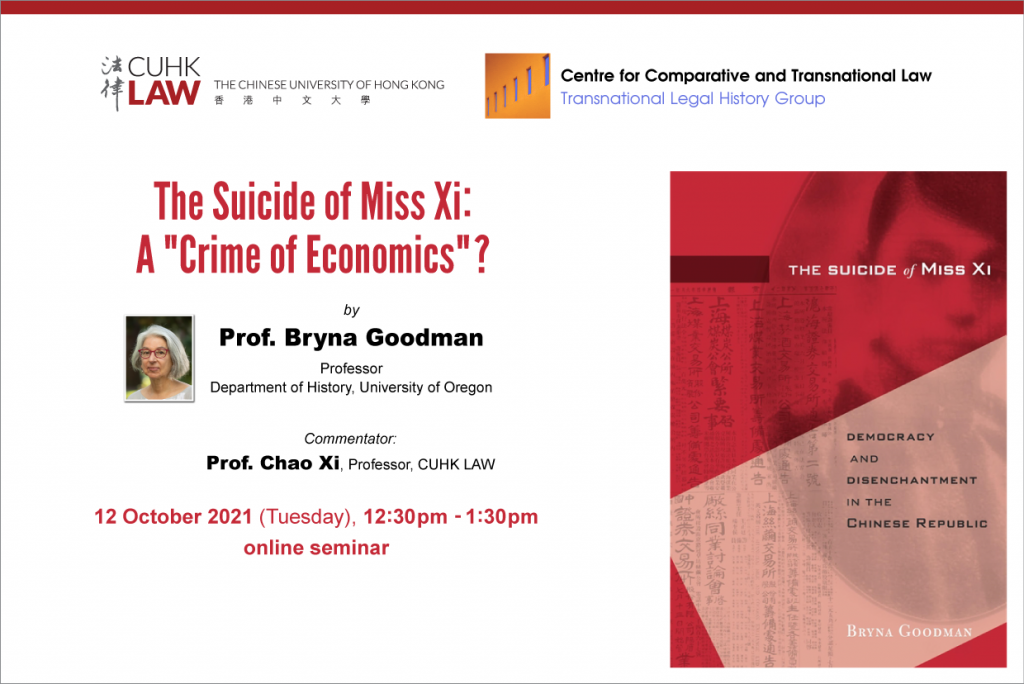 On September 8, 1922, the body of the young female clerk Xi Shangzhen was found hanging in the Shanghai newspaper office where she worked. Although her death in Shanghai’s semicolonial International Settlement fell under extraterritorial jurisdiction, Chinese authorities kidnapped her US-educated social activist employer, Tang Jiezhi for trial in a Chinese court.  Xi’s family accused Tang of two crimes. The court dismissed for lack of evidence their first charge, that Tang was responsible for compelling her suicide (an old crime that was a carryover from the Qing code). Tang would be tried instead and found guilty on their second charge, that he had defrauded her of money in an investment scheme during the “Trust and Exchange Storm,” a speculative financial bubble that shook the city in the previous year. In this talk on The Suicide of Miss Xi: Democracy and Disenchantment in the Chinese Republic, Bryna Goodman probes the unfolding scandal of Xi’s suicide and the controversial trial of her US-educated May Fourth activist employer as a window into ideas and practices of liberal democracy and economic liberalism in this era of emerging stock exchanges in a time and space of colonialism, legal pluralism, and fragmented sovereignty.

Bryna Goodman is professor of history at the University of Oregon. She is interested in urban culture in modern China, especially print media, colonialism, gender, and new disciplinary formations. Her recent work examines twentieth-century Chinese newspaper culture to map the interplay between everyday life and globally circulating institutions and categories of knowledge. She is the author of Native Place, City, and Nation: Regional Networks and Identities in Shanghai (University of California Press) and co-editor of two volumes: Gender in Motion: Divisions of Labor and Cultural Change in Modern China and Twentieth Century Colonialism and China: Localities, the Everyday, and the World. Her talk is based on her new book, The Suicide of Miss Xi: Democracy and Disenchantment in Republican China (Harvard University Press, 2021). She is currently working on a project on the imagination of finance in twentieth-century China.