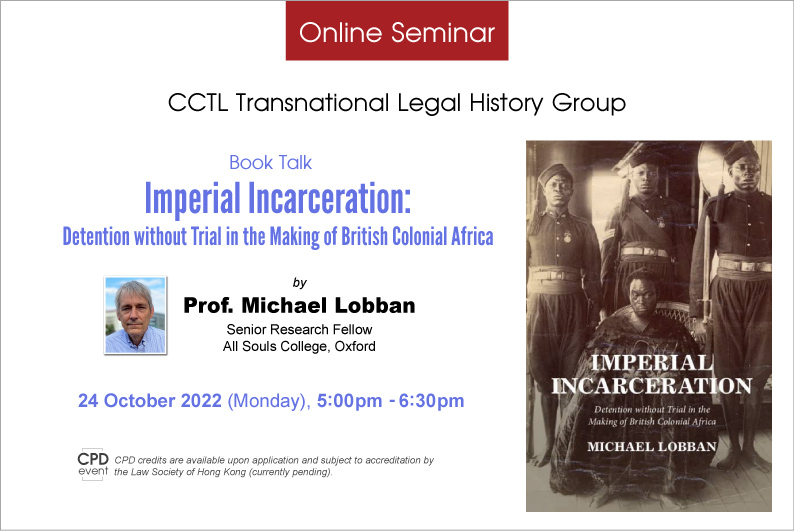 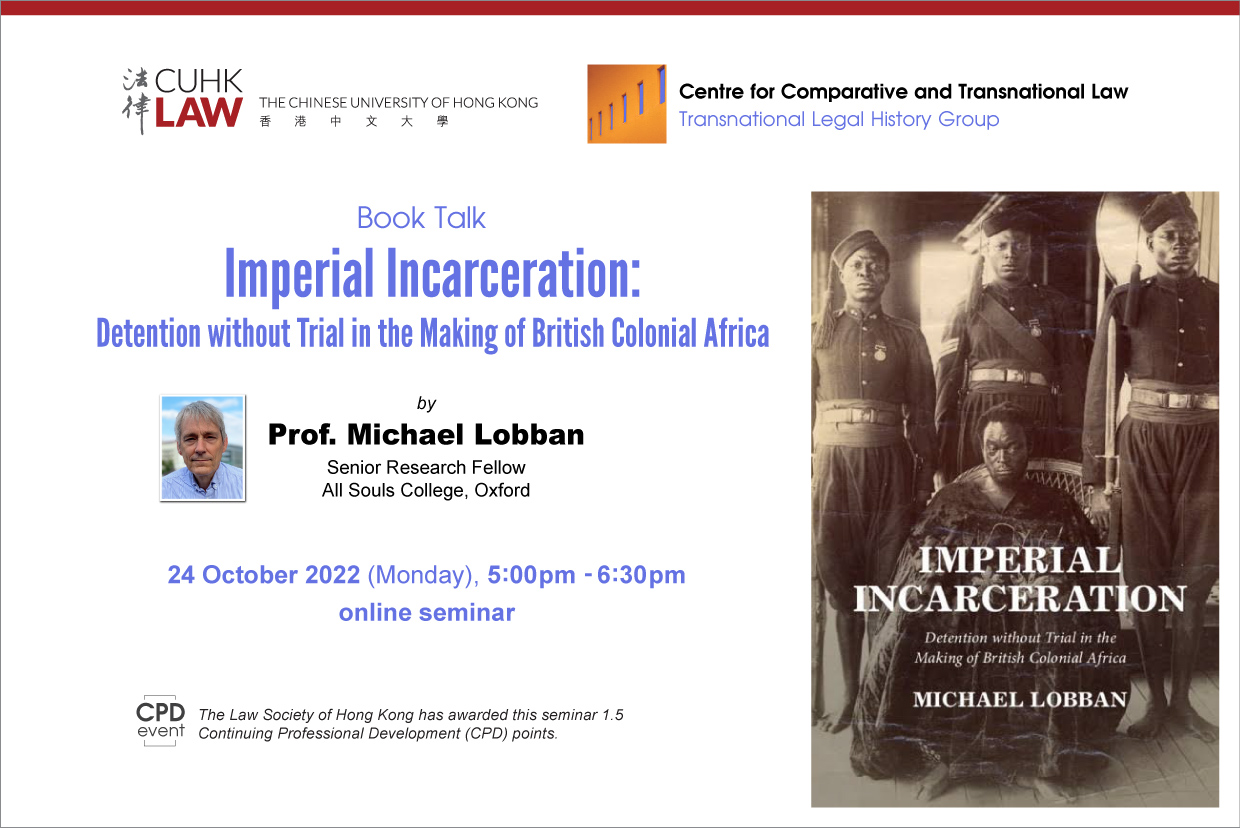 This seminar will discuss themes in Professor Lobban’s recent book, Imperial Incarceration. At a time when commentators at home argued that the notion of the rule of law stood at the heart of British constitutional culture, in her expanding African empire Britain routinely resorted to detention of political leaders without trial. In contrast to the approach taken in India where general legislation provided for detention without trial and martial law, in Africa leaders were detained either under specific laws to justify individual detentions (often ex post facto), or under martial law declared as a matter of executive power. In doing so, officials remained aware of the need to justify detentions under law – to avoid detainees being freed by the courts – and this generated much debate, both within administrative circles in London and between the metropolis and periphery, over the nature of the rule of law.

Michael Lobban is Senior Research Fellow at All Souls College, Oxford, having just moved from the Law School of the London School of Economics, where he was Professor of Legal History from 2013 to 2022. He is the author of  a number of works on the history of law, including The Common Law and English Jurisprudence, 1760-1820 (1991), White Man’s Justice: South African Political Trials in the Black Consciousness Era (1996), A History of the Philosophy of Law in the Common Law World, 1600-1900 (2007) and the Oxford History of the Laws of England (2010, with Cornish and others). He is  also secretary of the Selden Society and is on the Board of Directors of the American Society for Legal History.