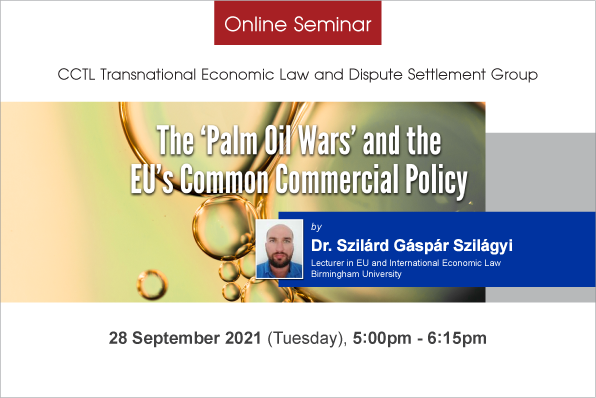 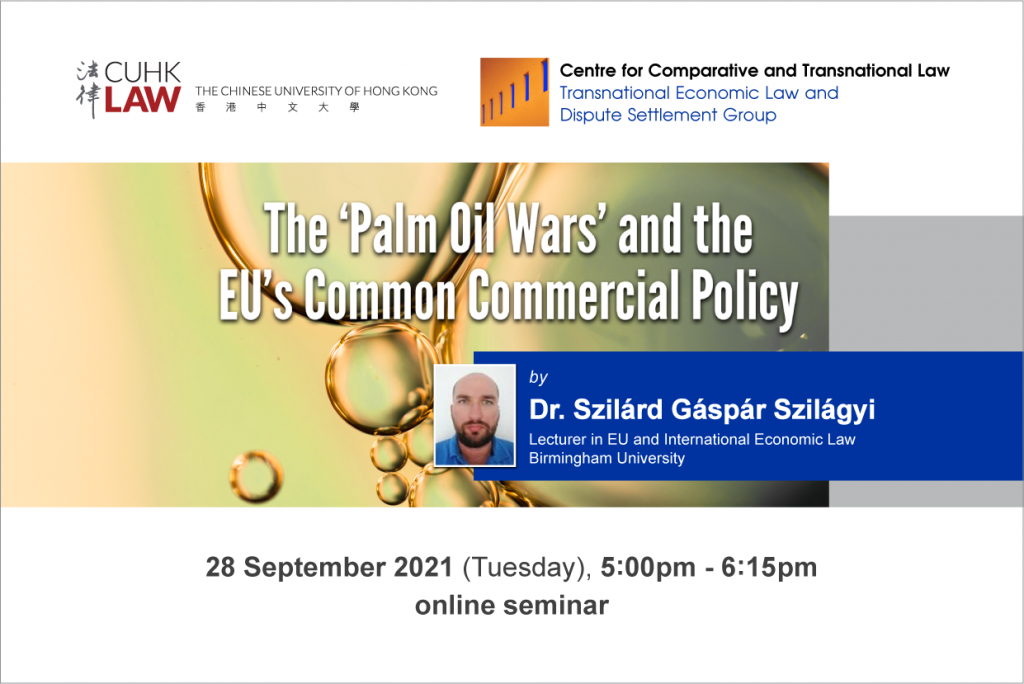 This seminar focuses on the concept of ‘inflation’ in the EU’s recent trade agreements and how it poses serious hurdles to the conclusion of new trade agreements. Dr. Szilárd Gáspár Szilágyi relies on the recent ’Palm Oil Wars’ with Indonesia and Malaysia as a case study on how the WTO-extra commitments the EU is trying to include in its new PTAs create a hard to manage CCP, which is not yet producing some of the results it was expected to produce following the Lisbon amendments. As a possible solution, Dr. Szilágyi proposes that the EU should create a hierarchy (in the sense of prioritisation) within its non-trade values, among which one can mention the prohibition of forced labour, the promotion of democratic values, sustainable development, environmental protection, and investment protection. For higher non-trade values, the EU should follow a principle-based approach, even if the risk is that no agreement will be concluded; for lower- or medium-level values, the EU should be willing to accept trade-offs in order to keep concluding trade agreements and remain a credible international partner.