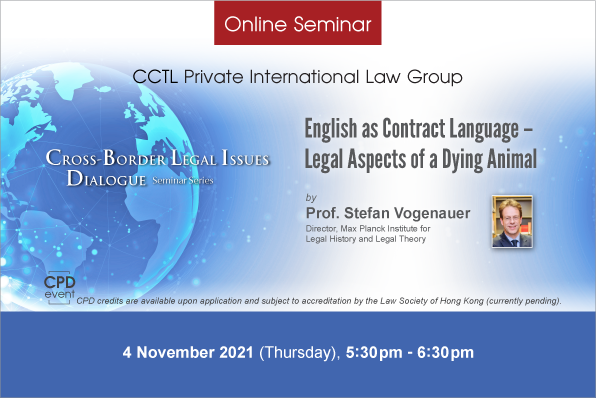 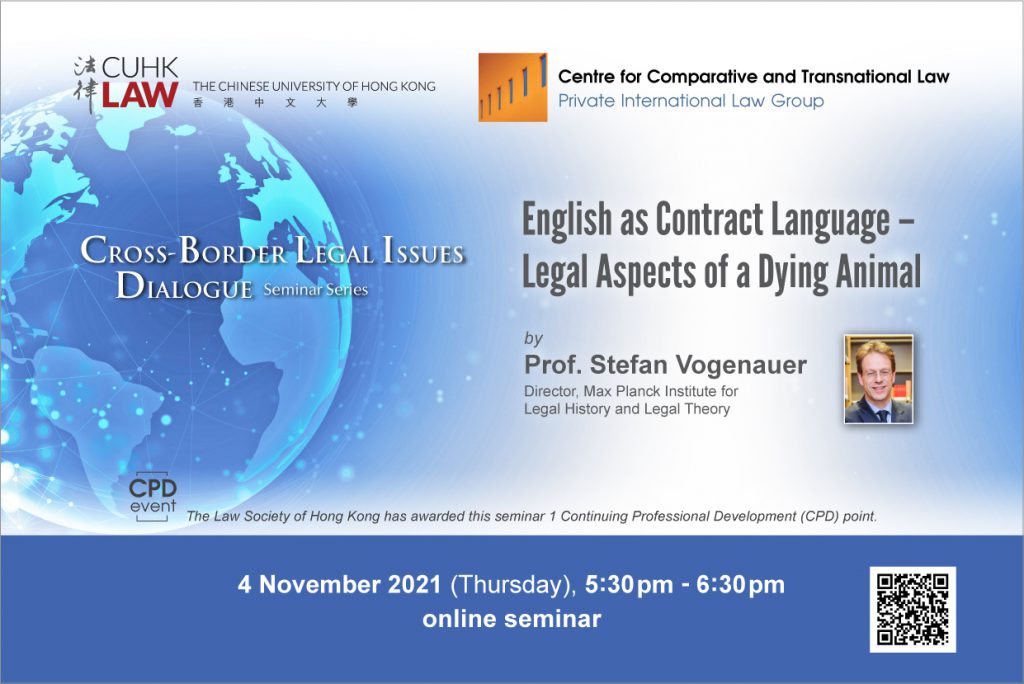 Assume a Spanish business and a Russian trader make a contract and agree to have it governed by Swiss law. Chances are that the contract is drafted in the English language. The scenario occurs frequently in international trade, particularly in Europe: English-language contracts governed by the law of a jurisdiction the language of which is not English. The language is chosen as a matter of convenience, and the parties often rely on English or American templates.
This session of the CUHK LAW Cross-border Legal Issues Dialogue explores the frictions that arise between the governing law and the contractual clauses that are drafted against an English, New York or HK law background: under the governing law, these clauses might generate unforeseen (and sometimes undesirable) results or they are, at best, superfluous. Moreover, the terminology often does not fit: any talk of ‘representations and warranties’, for example, does not make sense if the governing law does not have anything resembling representations and warranties. This problem cannot simply be resolved by better efforts at legal translation. It rather requires lawyers to understand that legal language and national contract laws are the products of a particular culture, history and worldview.

Professor Stefan Vogenauer is the Director at the Max Planck Institute for Legal History and Legal Theory, Frankfurt/Main; Chair Max Planck Law.
Professor Vogenauer works mostly in the areas of legal history, comparative law and transnational private law. With regard to legal history, he has a particular interest in legal transfers in the common law world, the history of European Union law and the comparative history of legal method. He also works on contemporary issues of international contracting, such as the UNIDROIT Principles of International Commercial Contracts, choice of law and commercial arbitration.
Before taking up his current position in 2015, Professor Vogenauer held the Chair in Comparative Law at the University of Oxford where he also was a Fellow of Brasenose College and, since 2004, Director of the Oxford Institute of European and Comparative Law. He received his undergraduate education at the Universities of Kiel and Paris and his postgraduate education at the Universities of Oxford (MJur 1995) and Regensburg. In Regensburg, he also completed his practical training and was a research assistant at the Chair of Roman law and Comparative legal history. He then went on to be a Senior Research Fellow at the Hamburg Max Planck Institute for Comparative and International Private Law.
His publications include the Commentary on the UNIDROIT Principles of International Commercial Contracts (PICC) (2nd edn, Oxford University Press 2015) of which he is the sole editor. He is also a co-author of the Ius Commune Casebook for the Common Law of Europe: Cases, Materials and Text on Contract Law (3rd edn, Hart Publishing 19).
Professor Vogenauer has held visiting positions at the Universities of Auckland, Melbourne, Paris II and Stellenbosch, and also at Bucerius Law School, Louisiana State University (LSU), New York University (NYU) and the University of Texas at Austin.