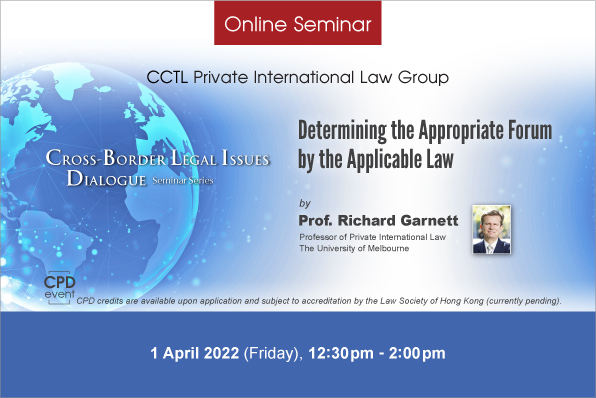 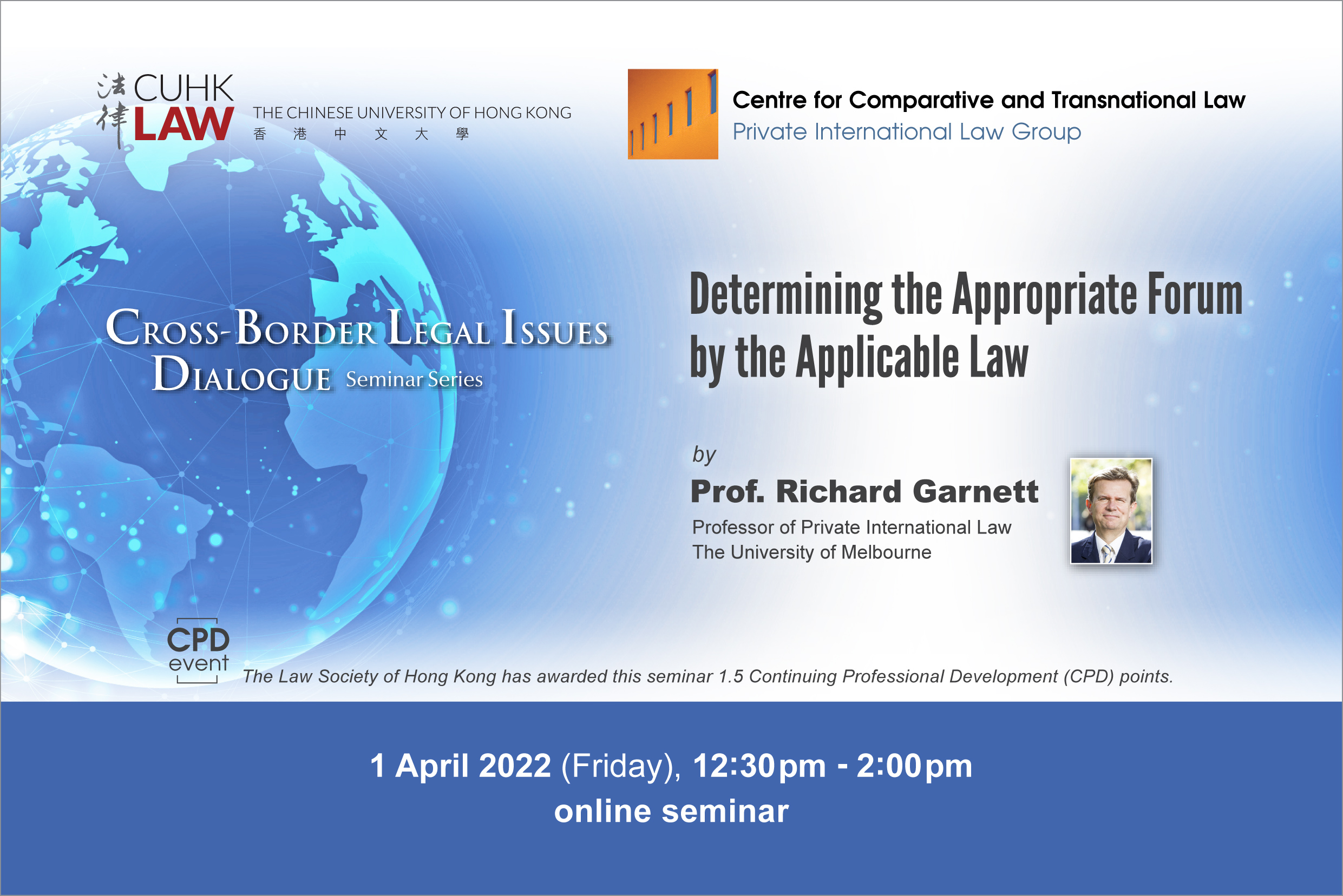 The conflict of laws has traditionally drawn a sharp distinction between jurisdiction and applicable law. The conventional approach suggests that a court only reaches the question of the law to be applied to the merits after the tribunal has determined that it has the power to adjudicate the action. Common law systems have however long recognised that a court has a discretion to accept or decline jurisdiction (determine the appropriate forum) and that a relevant factor in this discretion is the applicable law.

The purpose of this presentation is to examine the current status of the applicable law in jurisdiction and forum disputes, noting the trend in countries such as Australia to give the factor substantial weight and significance.

Richard Garnett is Professor of Private International Law at the University of Melbourne, Australia and a consultant in international disputes at Corrs Chambers Westgarth. Richard regularly advises on cross-border litigation and arbitration matters and has appeared as advocate (barrister) before several tribunals including the High Court of Australia. Richard has written extensively in the fields of conflict of laws, foreign state immunity and international arbitration, with his work cited by leading tribunals around the world, including the International Court of Justice, the European Court of Human Rights, the English Court of Appeal, United States federal district courts, the Singapore Court of Appeal and Australian, Israeli and New Zealand courts. Richard has also served as expert member of the Australian Government delegation to the Hague Conference on Private International Law, to negotiate the 2005 Hague Convention on Choice of Court Agreements and the 2019 Convention on Recognition and Enforcement of Foreign Judgments.