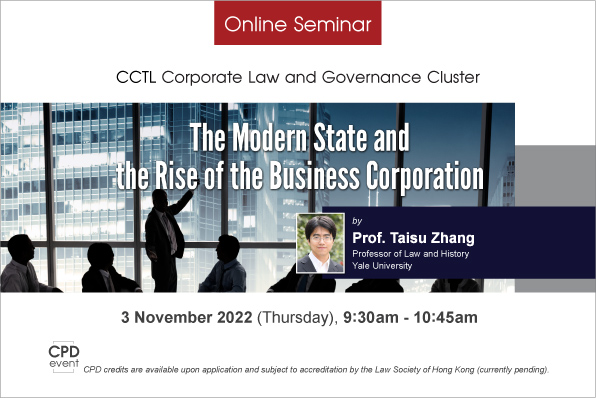 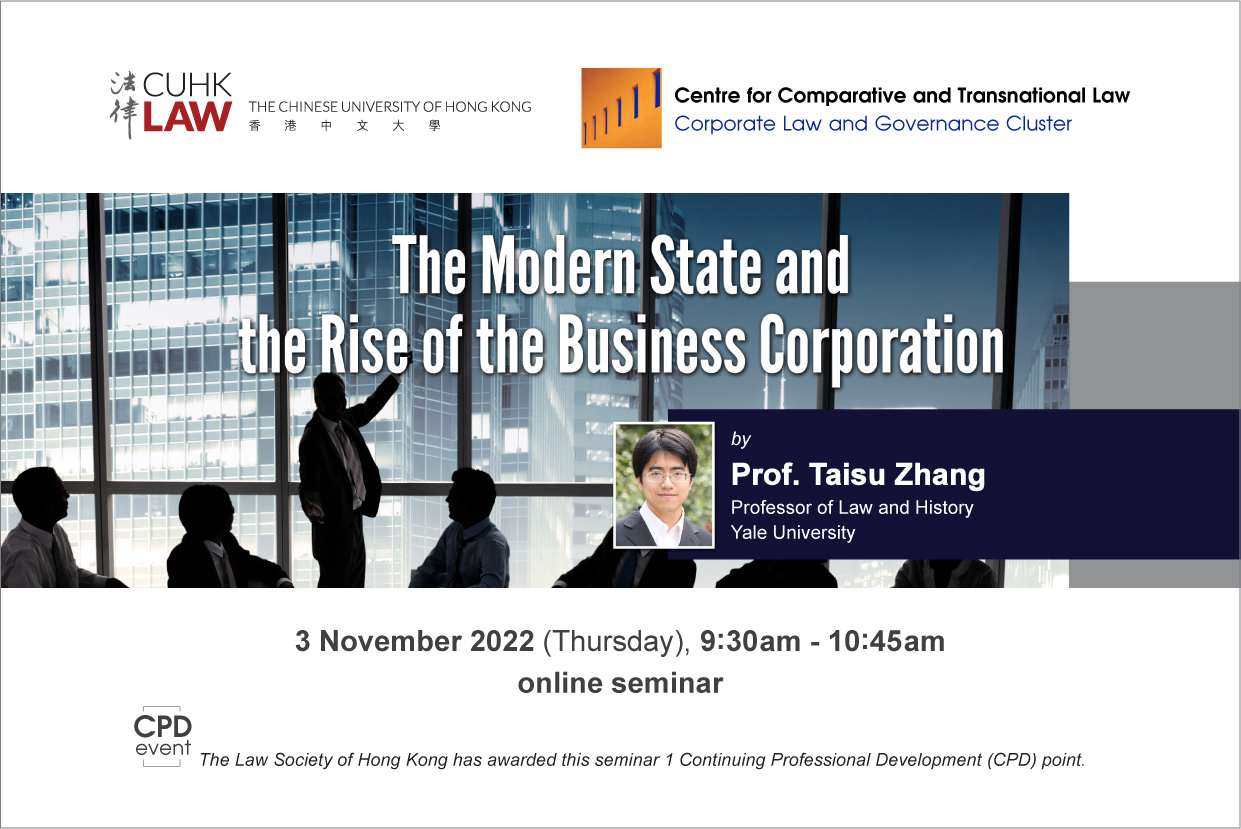 Prof. Zhang’s research argues that the rise of the modern state was a necessary condition for the rise of the business corporation. A typical business corporation pools together a large number of strangers to share ownership of residual claims in a single enterprise with guarantees of asset partitioning. They show that this arrangement requires the support of a powerful state with the geographical reach, coercive force, administrative power, and legal capacity necessary to enforce the law uniformly among the corporation’s various owners. Other historical forms of rule enforcement—customary law or commercial networks like the Law Merchant—are theoretically able to support many forms of property rights and contractual relations, but not the business corporation. Strangers cannot cooperate on the scale and legal complexity of a typical corporation without a functionally modern state and legal apparatus to enforce the terms of their bargain. In contrast, social acquaintances operating within a closely-knit community could, in theory, enforce corporate charters without state assistance, but will generally not want to do so due to the institutional costs of asset partitioning in such communities.

They show that this hypothesis is consistent with the experiences of six historical societies: late Imperial China, the 19th century Ottoman Empire, the early United States, early modern England, the late medieval Italian city states, and ancient Rome. They focus especially on the experience of late Imperial China, which adopted a modern corporation statute in response to societal demand, but failed to see much growth in the use of the corporate form until the state developed the capacity and institutions necessary to uniformly enforce the new law. Their thesis complicates existing historical accounts of the rise of the corporation, which tend to emphasize the importance of economic factors over political and legal factors and view the state as a source of expropriation and threat rather than support. Their thesis has extensive implications for the way we understand corporations, private law, states, and the nature of modernity.

Taisu Zhang is a Professor of Law and History at Yale University and works on comparative legal and economic history, private law theory, and contemporary Chinese law and politics. He is the author of two books, The Ideological Foundations of Qing Taxation: Belief Systems, Politics, and Institutions (Cambridge University Press, Fall 2022), and The Laws and Economics of Confucianism: Kinship and Property in Pre-Industrial China and England (Cambridge University Press, 2017). These are the first two entries in a planned trilogy of books on the institutional and cultural origins of early modern economic divergence. The final entry, tentatively titled The Cultural and Legal Origins of Economic Divergence: China and the World, 1700 to 1984, is currently in progress. In addition, Zhang has published articles, essays, and book chapters on a wide array of topics, and is a regular commentator on Chinese law, society, and politics in media outlets.