In the global era, constitutions are not merely parchments for local governance structure, they also play a prominent role in international realm. They differentiate the territory, the polity, and the citizens from others; they express aspirations that governments hope to achieve when they participant in international sphere; and they regulate the transnational activities of governments and individuals. By doing so, constitutions operate as a site for governments to converge, resist, or engage with international norms.

This seminar argues that the Cuba’s 2019 Constitution is not merely a national charter, it is also an international constitution. In response to Cuba’s changing international relations, internationalism, and transnationalism animated by globalization, this Constitution incorporates and deals with various issues of international law and consequently speaks to diverse international audiences. It adapts principles governing Cuba’s international relations with the global community generally and with the United States, Latin America and Caribbean countries, and socialist countries particularly. It incorporates the universal concept of human rights for the first time and concomitantly adopts many new rights following the government’s signing two major international human rights treaties. It is also the latest constitution in the world to include a climate change clause by its time. Audaciously, it incorporates capitalist economic institutions – namely foreign investment and private property – while it defines socialism as irrevocable. Finally, it provides for dual citizenship and extends the right of asylum. Dealing with these issues, the Constitution seeks to speak to diverse outsiders: the Cuban communities overseas, foreigners, foreign firms, foreign governments, and international organizations. 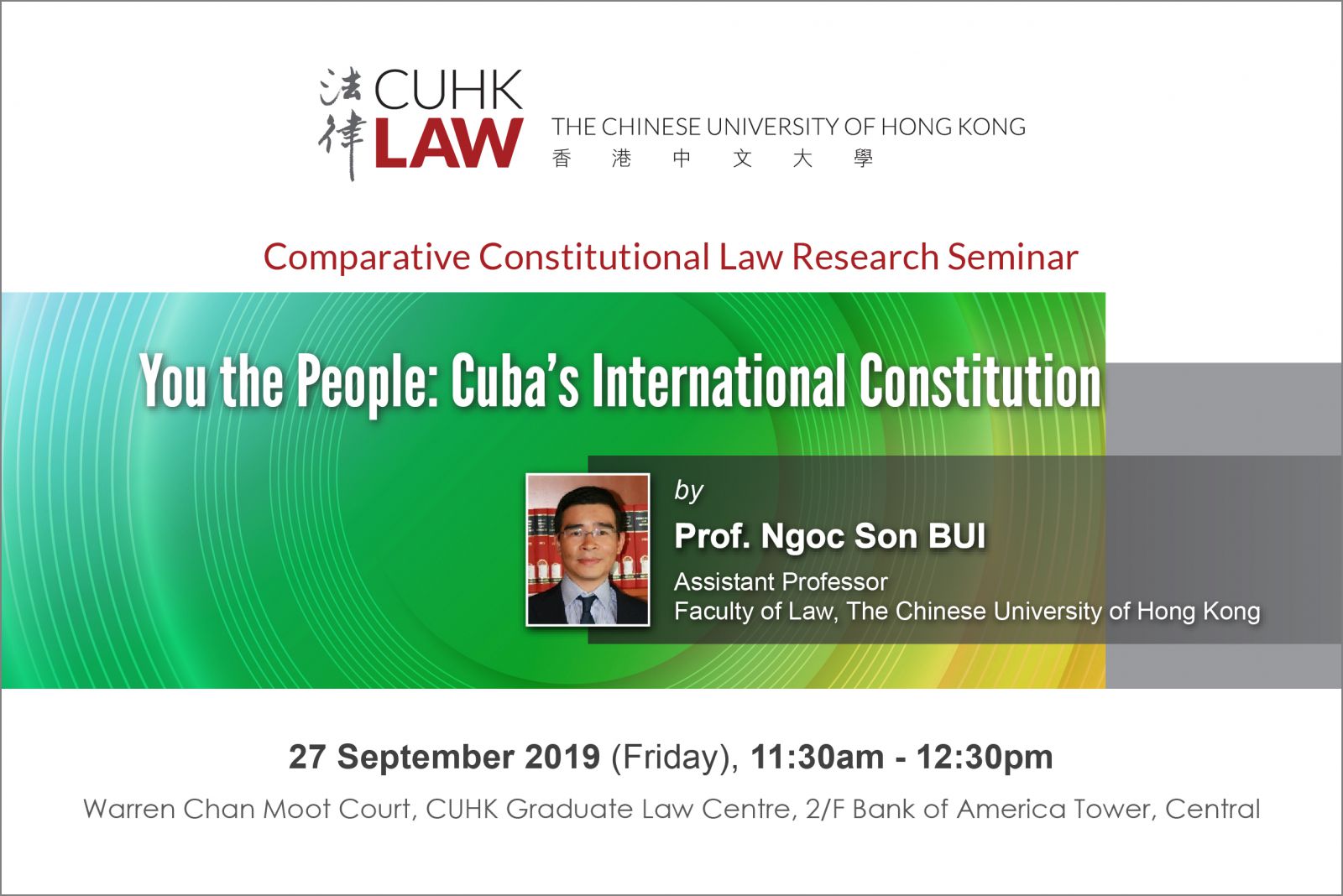