In this online book presentation and discussion, author Dr. Rahela Khorakiwala, a lawyer based in India, presented on her recently published book, titled ‘From the Colonial to the Contemporary: Images, Iconography, Memories, and Performances of Law in India’s High Courts,’ which focuses on the High Courts of Calcutta, Bombay and Madras. Dr. Khorakiwala’s presentation explored the manner in which law, history, and memory are interconnected with the physical spaces of the three courts, as exhibited for instance in controversies that have erupted from time to time over statues, portraits and other forms of iconography found in or around the court buildings. Among other things, Dr. Khorakiwala highlighted the recurring historical tension between the Indian and British colonial notions of justice. Commenting on Dr. Khorakiwala’s book, Professor Leilah Vevaina observed the manner in which the work brought out many key tensions, including for instance that between what is made visible and what is occluded within the courts, as well as the struggles of ordinary people in terms of accessing justice, leading to the question of “for whom is the high court and who is the audience?” The discussion was followed by a question and answer session where questions were asked concerning debates over the language used in the high courts, whether or not to change the names of the courts, and how likely it is that the court spaces will be redesigned in order to make them more accessible, or in order to reflect a more inclusive vision of justice. 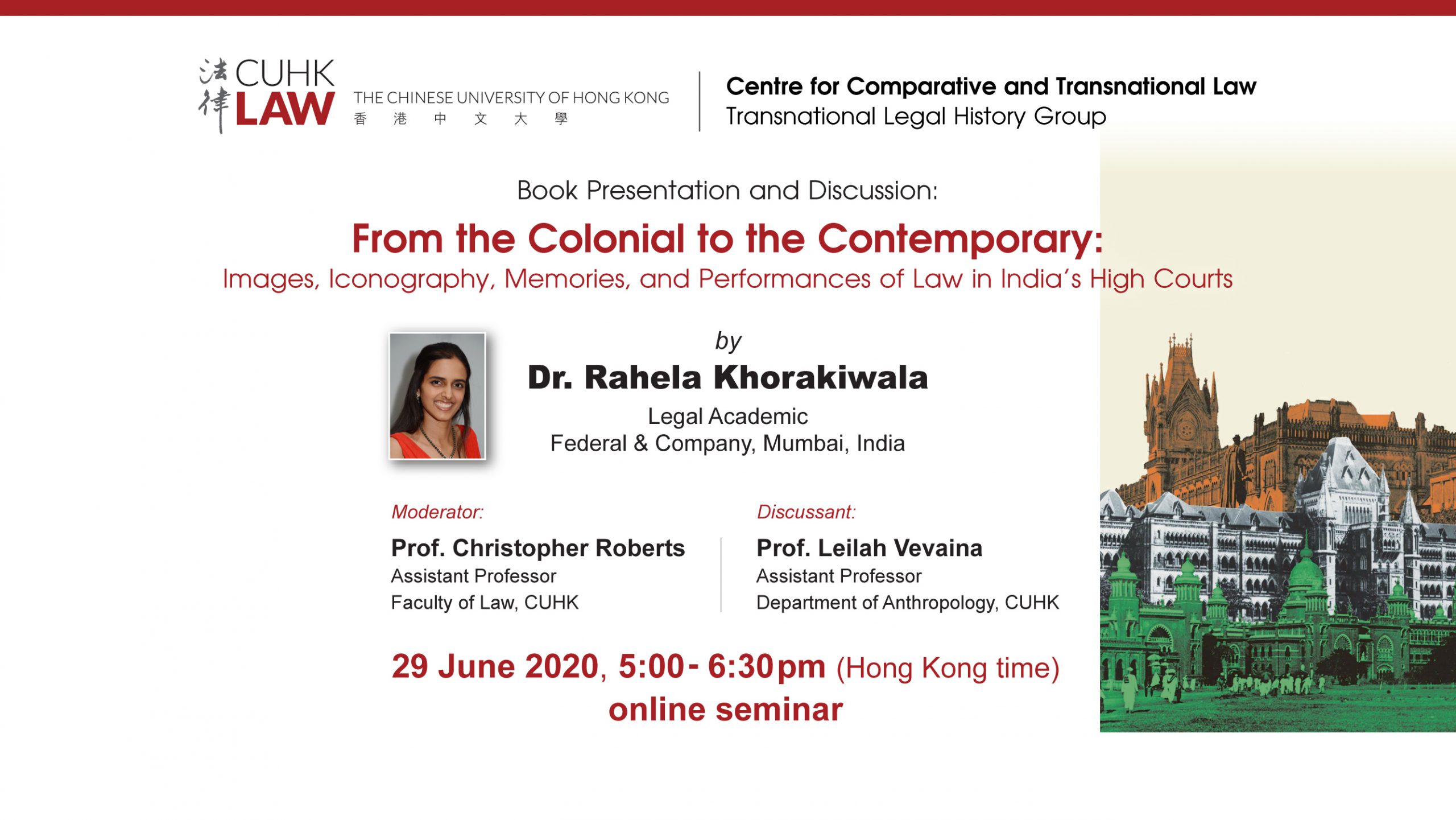