<< Back to Environmental, Energy and Climate Law Cluster

In this online seminar, Professor Benoit Mayer presented his research on the role of Environmental Impact Assessment (EIA) in climate change mitigation, which is partly based on his published article, “Climate Assessment as an Emerging Obligation under the Customary International Law.”  Professor Mayer began the seminar with a brief introduction to the status of climate change mitigation and components of EIA procedures. In the domestic context, EIA has been broadly implemented by states in different ways. Beyond the national borders, the International Court of Justice also recognized states’ obligations to conduct an EIA to prevent transboundary environmental harm. Although climate change is not the typical transboundary harm, some states move further to include climate change in EIA. This development raised debates on whether conducting a Climate Assessment (CA) is an obligation for states under the customary international law. Professor Mayer addressed this issue through inductive and deductive methods. From the inductive approach, he argued that the inclusion of climate change impact in national EIA procedures has been sufficiently widespread, representative, and consistent, to be viewed as “general” practice. However, the lack of ample justification for general acceptance as law leads to the conclusion that CA is not sufficiently accepted as obligations under the customary international law. From the deductive approach, it seems reasonable to conclude that CA is an appropriate measure of climate change mitigation. Furthermore, the debate evolves into how a CA could best be done. Professor Mayer concluded that conducting CA is a clear trend in many jurisdictions, but often in isolation. Moreover, addressing concerns on CA calls for more comparative analysis. Professor Hao Zhang hosted a Q & A session with the audience at the end. 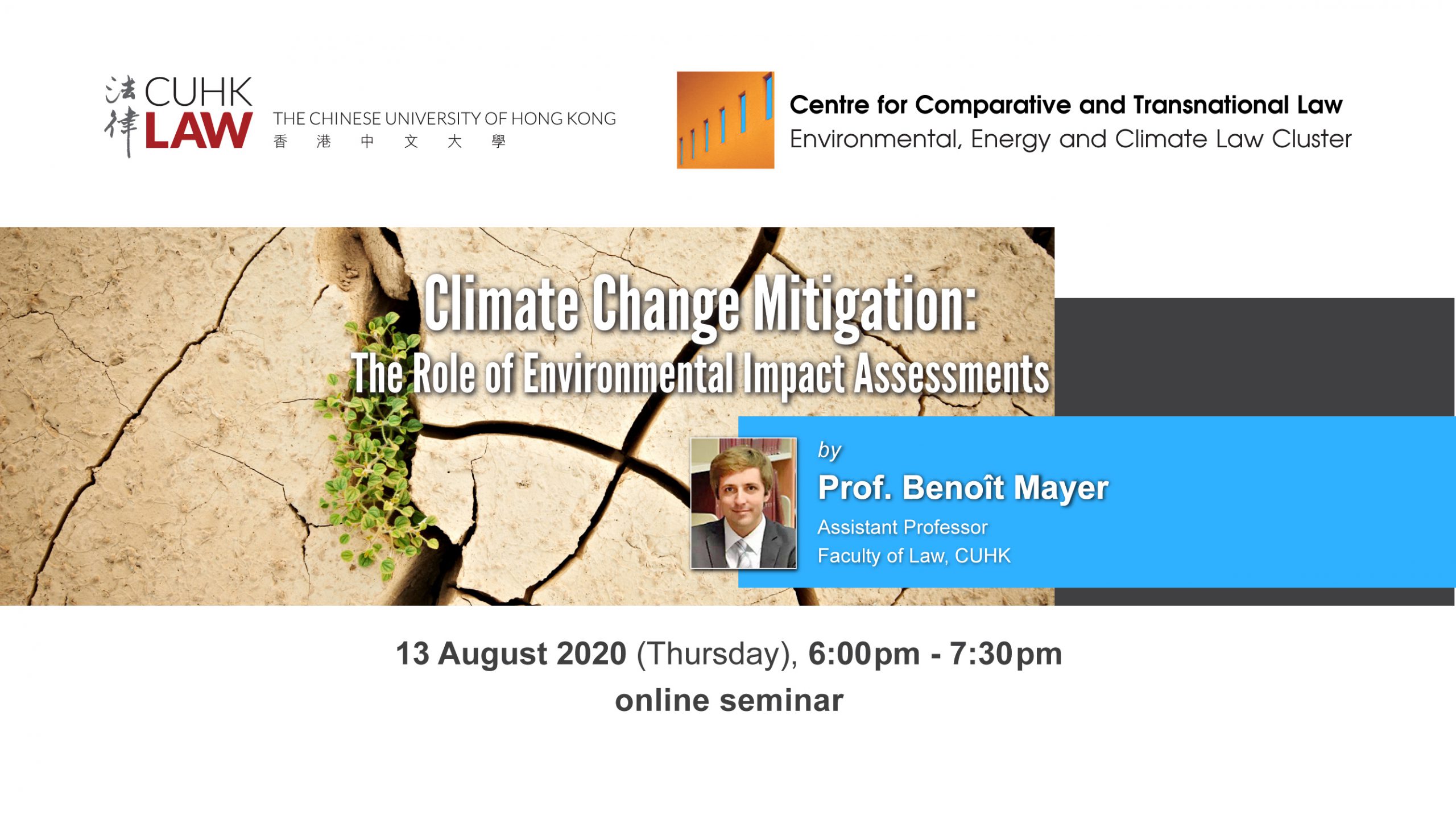