<< Back to Transnational Economic Law and Dispute Settlement Group

Sovereign wealth funds (SWFs) have grown their presence and changed their investment strategy in the recent years, shifting towards a more active role in the management of their investments, and expanding the sectors of their investments, which now include not only passive and conservative investment instruments but also FDI in infrastructure, energy, and consumer good. More importantly, SWFs are increasingly investing in the digital economy gaining control over companies that operate in the telecommunication, data management, and artificial intelligence. State’s involvement in the economy has always generated debate between the supporters of the public (state-owned and state-controlled) model and the private one. This struggle is not only ideological but it has practical economic, political, geopolitical, and legal implications.

In the seminar, Mr. Ma clarified the main typologies of SWFs and explored their investment strategies shedding light on their operations, paying particular attention to the role of Vision Fund and Ant Financial that include some of the major SWFs among their key investors. Mr. Ma also focused on national security issues focusing on the role of the Committee of Foreign Investment in the United States and its role in unwinding some acquisitions in the tech and data related sectors during the Trump administration. In the last part of the presentation, Mr. Ma examined the case of SMIC, a leading Chinese semiconductor manufacturer that counts among its investors a Chinese dedicated sovereign fund that focuses on semiconductors. Ma detailed how US governmental measures have significantly affected the Hong Kong listed company. Ma concluded the presentation with a dire forewarning of a new beginning of the Chinese – US tech war under the Biden administration, in which SWFs will play a leading role.

As a discussant, Dr. Sejko focused on the triggering effect of the BRI in the inception of the European Union investment screening mechanism and more broadly on the rise of co-investment strategies of SWFs. Professor Howse shifted the discussion to the role of multilateral institutions such as the World Trade Organisation (WTO) in addressing state capitalism and emphasised that one of the hurdles to the reform of the WTOs is the significant presence of SWFs and use of subsidies by western economies.  Professor Mercurio chaired the book discussion and moderated an engaging Q&A session. The role of SWFs in the economy is expected to continue to grow and issues such as their role in global economy, in particular with respect to environmental issues, will become increasingly important. 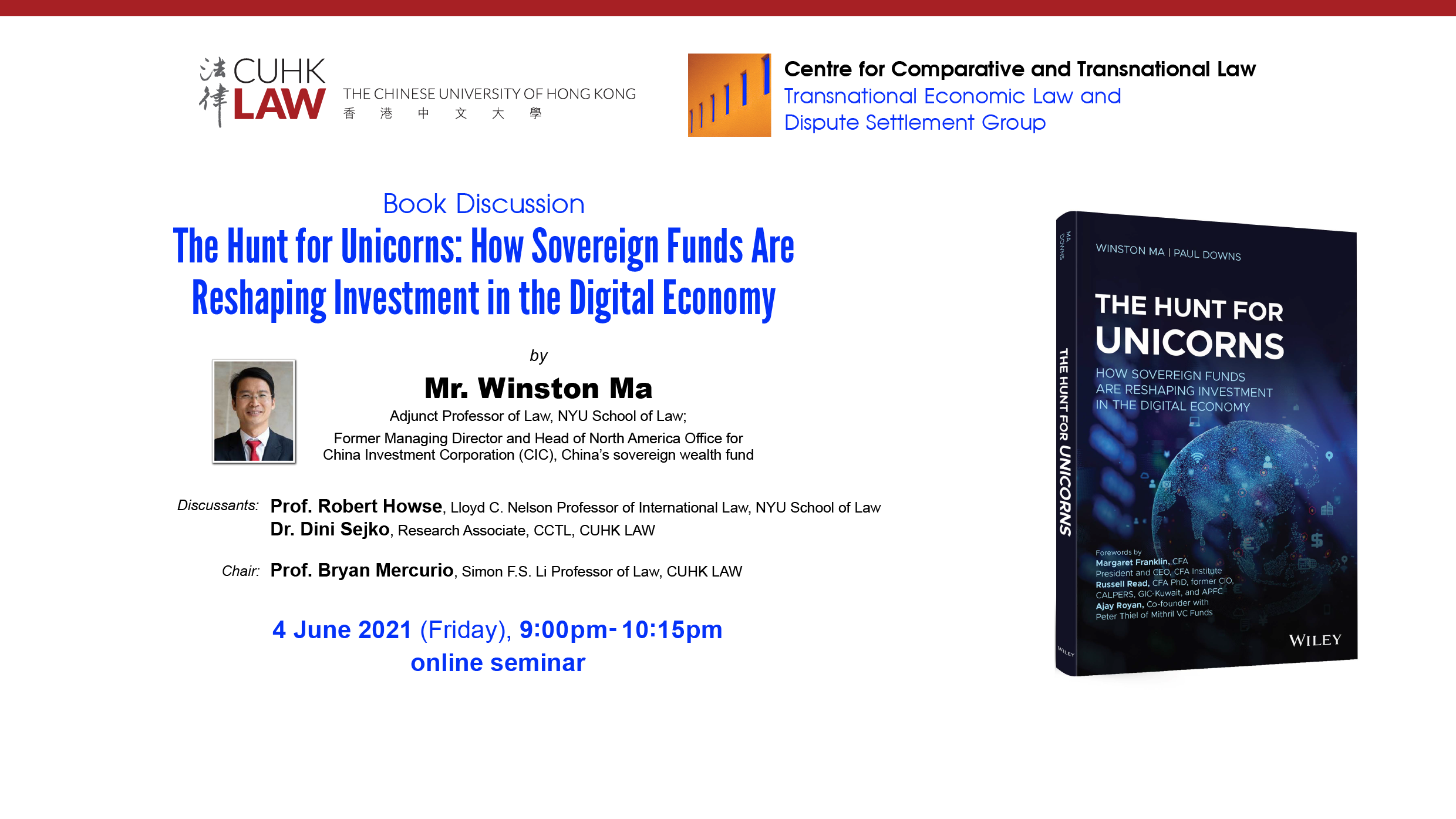