These periods of change reflect overarching legal, political, and social trends in Hong Kong. It is, perhaps, no surprise that those changes have now reached a crescendo of radical change now, with both public and private efforts by LGBT communities to express and defend their identities and rights through both social and legal challenges. During this talk, he will discuss how far the law has developed, as well as the social, political, and legal causes of these changes, and how sexual and gender minorities have responded. 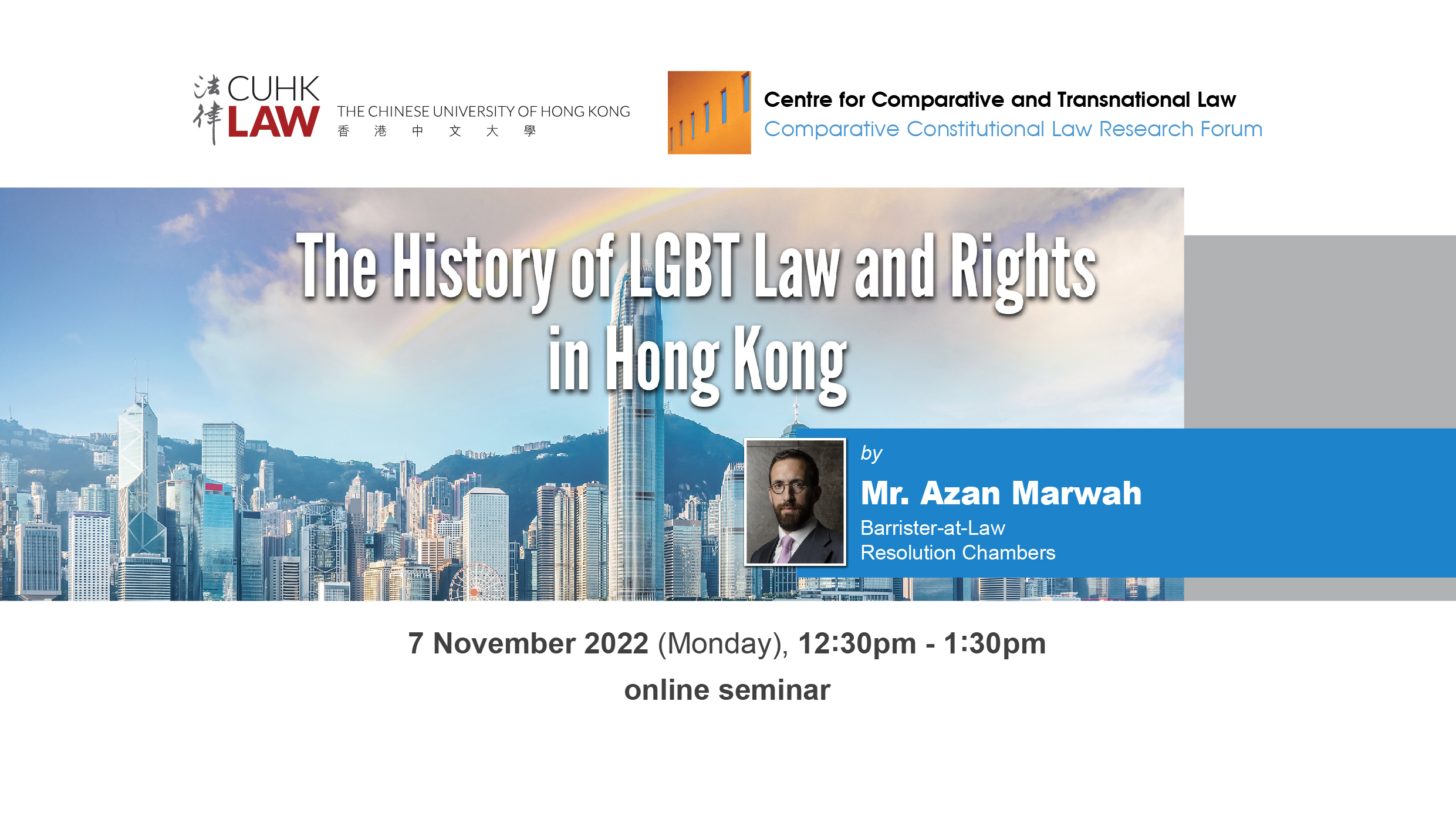