This online seminar New Dominion Constitutionalism and New Directions in Comparative Constitutional Research was co-hosted by the Comparative Constitutional Law Research Forum and Transnational Legal History Group of the Centre for Comparative and Transnational Law (CCTL). It celebrated the launch of a symposium issue on New Dominion Constitutionalism published in the International Journal of Constitutional Law (ICON) in issue 17:4, available here: https://academic.oup.com/icon/issue/17/4.  Prof. Thomas Poole (LSE) began the seminar by introducing some of the main themes of the symposium, noting the long shadow that dominion constitutions, as transitional constitutions for newly independent, post-colonial states, cast over the subsequent development of constitutionalism in those states. Prof. Peter Oliver (Ottawa) spoke next, explaining the origins and development of the term “dominion” and its use in the “old” dominions of Canada, Australia and, New Zealand. He was followed by Prof. Luke McDonagh (LSE), who discussed the case of Ireland, which he explained served as a bridge between the “old” dominions and the “new” dominions of India, Pakistan, and Sri Lanka. Prof. Rohit De (Yale) then spoke on India’s brief dominion period (1947-50) and its largely overlooked impact on the development of constitutionalism in republican India. Prof. Mara Malagodi (CUHK LAW) followed, discussing the case of Pakistan, and the seeds of authoritarianism that were planted during its dominion period. Prof. Rehan Abeyratne (CUHK LAW) concluded the case studies by discussing uncertain sovereignty in dominion Ceylon (Sri Lanka) and its lingering negative effects on the Sri Lankan judiciary. Prof. Melissa Crouch (UNSW) then offered commentary on the symposium issue, which she said had the potential to reorient comparative constitutional legal scholarship towards legal history and to rethink how scholars perceive of transitional constitutions. Professor Chris Roberts (CUHK LAW) moderated the seminar and hosted a Q&A session with the audience at the end. 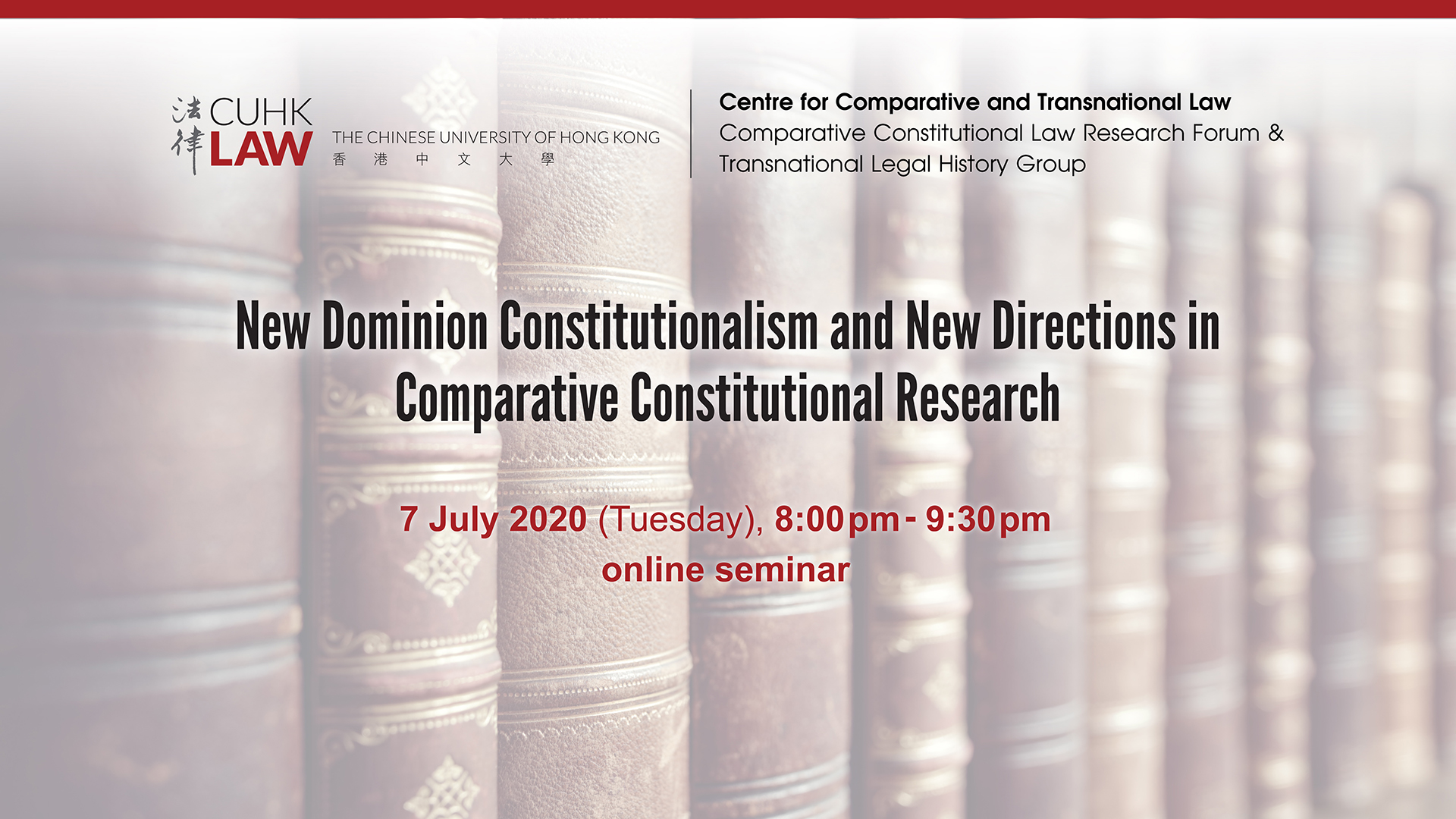