Prof. Luke MARSH and Prof. Mike McCONVILLE‘s new book, The Myth of Judicial Independence: Criminal Justice and the Separation of Powers, has been published by the Oxford University Press.

The book’s publication follows extensive research into the UK government’s archival vaults including official (previously classified) Home Office files. By tracking the relationship between senior judges and the Home Office from the end of the nineteenth century to the modern-day, revelations concerning the politics of the judiciary and the separation of powers are unearthed.

Through an examination of the history of the rules that regulate police interrogation (the Judges’ Rules) in conjunction with State-induced guilty pleas (plea bargaining) and the Criminal Procedure Rules, this book explores the ‘Westminster Model’ under which three arms of the State (parliament, the executive, and the judiciary) operate independently of one another. It reveals how policy was framed in secret meetings with the executive which then actively misled parliament in contradiction to its ostensible formal relationship with the legislature.

This analysis of Home Office archives shows how the worldwide significance of the Judges’ Rules was secured not simply by the standing of the English judiciary and the political power of the empire but more significantly by the false representation that the Rules were the handiwork of judges rather than civil servants and politicians.

The book critically examines the claim repeatedly advanced by judges that “judicial independence” is justified by principles arising from the “rule of law” and instead shows that the “rule of law” depends upon basic principles of the common law, including an adversarial process and trial by jury, and that the underpinnings of judicial action in criminal justice today may be ideological rather than based on principles.

For further details of the book, please click here. 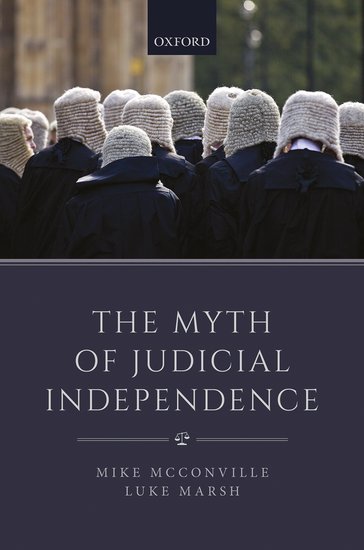