The book description reads: The Sino-British Joint Declaration was signed in 1984 and transferred control of Hong Kong to the People’s Republic of China from the 1st July 1997. This sets the scene for the establishment of the Special Administrative Region (SAR) in Hong Kong, which has been at the heart of the civil unrest in 2019-2020, culminating in the National Security Law on 30 June 2020. In the 25th anniversary year of the handover of Hong Kong, C. L. Lim uses British archival sources to re-examine the Joint Declaration, the negotiations that led up to it, and its resounding significance that continues to the present day. Beginning with Margaret Thatcher’s preparations for her Beijing trip, the book takes a chronological approach and offers a valuable, single-volume history of the Joint Declaration. In light of tumultuous current events in Hong Kong, Lim provides a vital, clear explanation of the legal complexities that have underpinned the relationships between China, Hong Kong and Britain since 1979.

The book is available at Amazon and Cambridge. 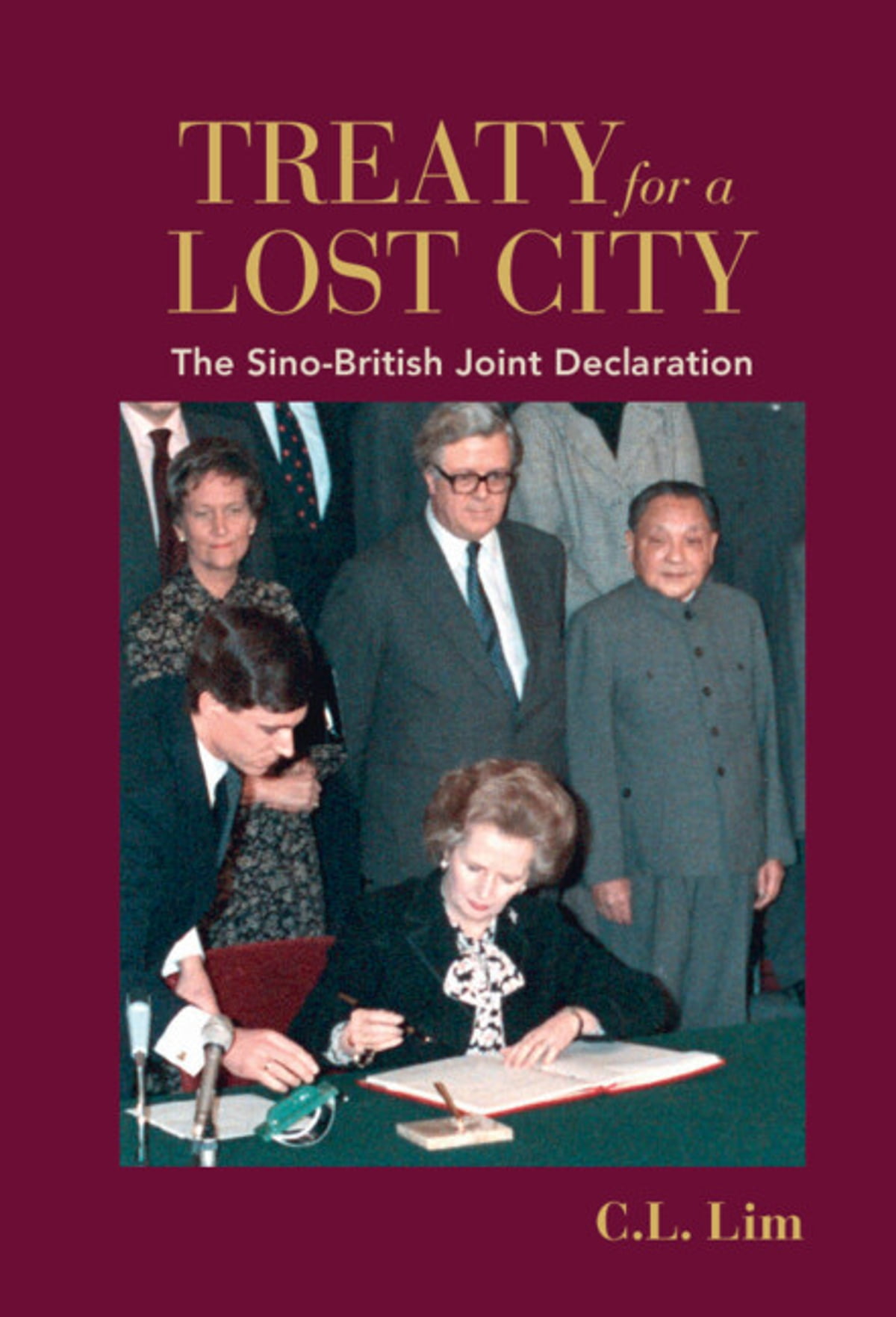 “Accusations from the West that China is tearing up the Sino British Joint Declaration over Hong Kong are serious calumnies. This book shows how two diametrically opposed solutions were put together. The British wanted a treaty, and the Chinese wanted a unilateral declaration of policy. The policy was enshrined in treaty form – in other words proving the maxim that a treaty between states is a disagreement put into writing. It is a riveting read, the work of a first class, razor-sharp mind, a distinguished academic as well as a prominent barrister.” – Anthony Carty, formerly Sir Y K Pao Chair of Public Law, University of Hong Kong, at present Chair of Public International Law, Beijing Institute of Technology School of Law, Beijing

“Treaty for a Lost City gives a timely, scholarly and thorough account of the constitu- tional history of Hong Kong from the time of the negotiations that led to the Joint Declaration of 1984 through to the present day with the enactment of the National Security Law of 2020. All this is seen through the prism of international law in general and the Joint Declaration in particular. Professor Lim guides the reader surefootedly through this thicket of law. Not every conclusion he reaches will be accepted but what he says is impossible to ignore.” – Christopher Forsyth was Sir David Williams Professor of Public Law in the University of Cambridge and is Honorary Professor of Law in the University of Stellenbosch

“This is the best account of the Basic Law’s relationship with the Joint Declaration, and the relationship between the Basic Law, international law and national law, dubbed ‘the Holy Trinity’. It offers penetrating analyses of the constitutional controversies that have arisen. Based on archival work and an even-handed and fair reading of the relevant legal texts, this monograph offers a fresh perspective of Hong Kong’s constitutional order. An elegant and compelling book.” – Hualing Fu, Dean, Faculty of Law, University of Hong Kong

“This is an important book which vividly illuminates the bargaining process that shaped the Sino-British Joint Declaration. It gives full play to Chinese arguments about the Treaty and proposes an original counterpoint to the liberal argument about Hong Kong’s constitutional identity. Treaty for a Lost City is an essential resource for people who wish to explore the debate about Hong Kong’s constitutional treaty; or who wish to understand what Hong Kong has become.” – Ewan Smith, Christ Church, Oxford