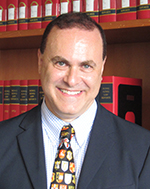 Gregory S. Gordon is a Professor at the Chinese University of Hong Kong (CUHK) Law Faculty. He formerly served as CUHK Law’s Associate Dean (Development/External Affairs) and Director, Research Postgraduates Programme. Prior to joining CUHK, Professor Gordon was a tenured faculty member at the University of North Dakota (UND) School of Law and Director of the UND Center for Human Rights and Genocide Studies. He earned his Bachelor of Arts degree (summa cum laude) and Juris Doctor at the University of California at Berkeley. He then served as law clerk to U. S. District Court Judge Martin Pence (D. Haw.). After a stint as a litigator in San Francisco, he worked with the Office of the Prosecutor for the International Criminal Tribunal for Rwanda, where he served as Legal Officer and Deputy Team Leader for the landmark “media” cases, the first international post-Nuremberg prosecutions of radio and print media executives for incitement to genocide. For this work, Professor Gordon received a commendation from Attorney General Janet Reno for “Service to the United States and International Justice.”

After his experience at the ICTR, he became a white-collar criminal prosecutor with the U.S. Department of Justice, Tax Division. Following a detail as a Special Assistant U.S. Attorney for the District of Columbia, he was appointed as the Tax Division’s Liaison to the Organized Crime Drug Enforcement Task Forces (Pacific Region) for which he helped prosecute large narcotics trafficking rings. Also during this time, he was detailed to Sierra Leone to conduct a post-civil war justice assessment for DOJ’s Office of Overseas Prosecutorial Development, Assistance, and Training. In 2003, he joined the DOJ Criminal Division’s Office of Special Investigations, where he helped investigate and prosecute Nazi war criminals and modern human rights violators.

Professor Gordon has been featured on CNN, the BBC, NPR, C-SPAN, and Radio France Internationale as an expert on genocide and war crimes prosecutions and has lectured on those subjects at the United Nations, the International Criminal Court, the U.S. Army J.A.G. School, the Harry S. Truman Presidential Museum and Library, the Nuremberg Trials Courtroom, and the United States Holocaust Memorial Museum. In 2015, his work was featured in an NPR broadcast on incitement to genocide narrated by Academy Award-winning actor Morgan Freeman. Professor Gordon has trained high-level federal prosecutors in Addis Ababa at the request of the Ethiopian government, as well as prepared prosecutors for the Khmer Rouge leadership trial at the Extraordinary Chambers in the Courts of Cambodia in Phnom Penh and trained lawyers and judges at the War Crimes Chamber for the Court of Bosnia and Herzegovina. His scholarship on international criminal law has been published in leading international academic publications, such as the Columbia Journal of Transnational Law and the Virginia Journal of International Law as well as top American flagship law reviews such as the Ohio State Law Journal and the Oregon Law Review. He is one of the world’s foremost authorities on incitement to genocide and his book Atrocity Speech Law: Foundation, Fragmentation, Fruition, proposing a new paradigm for hate speech in international criminal law, was published by Oxford University Press in 2017. In 2018, Professor Gordon received the university’s Research Excellence Award, providing substantial financial support for his research.

Professor Gordon has presented his work at institutions such as Oxford University Faculty of Law, Harvard Law School, Columbia Law School, Yale University, Georgetown University Law Center, Melbourne Law School and Katholieke Universiteit Leuven. He was the inaugural winner of the North Dakota Spirit Law School Faculty Achievement Award in 2009 and was invited to deliver the prestigious UND Faculty Lecture in 2011. In 2010, Professor Gordon co-wrote the U.S. Supreme Court amicus brief of Holocaust and Darfur Genocide survivors in the case of Yousuf v. Samantar. He also represented the International League for Human Rights at the International Criminal Court Conference in Kampala, Uganda. In 2012, he was the BBC World News live on-air television analyst for the announcement of the historic Charles Taylor trial verdict. He serves as a consultant for the International Nuremberg Principles Academy and is adviser on hate speech issues for the Sentinel Project on Genocide Prevention’s Advisory Council. He is also on the Council of Advisors for the Global Institute for the Prevention of Aggression. In 2018, Professor Gordon was made a Research Fellow of the Centre for International Law Research and Policy.