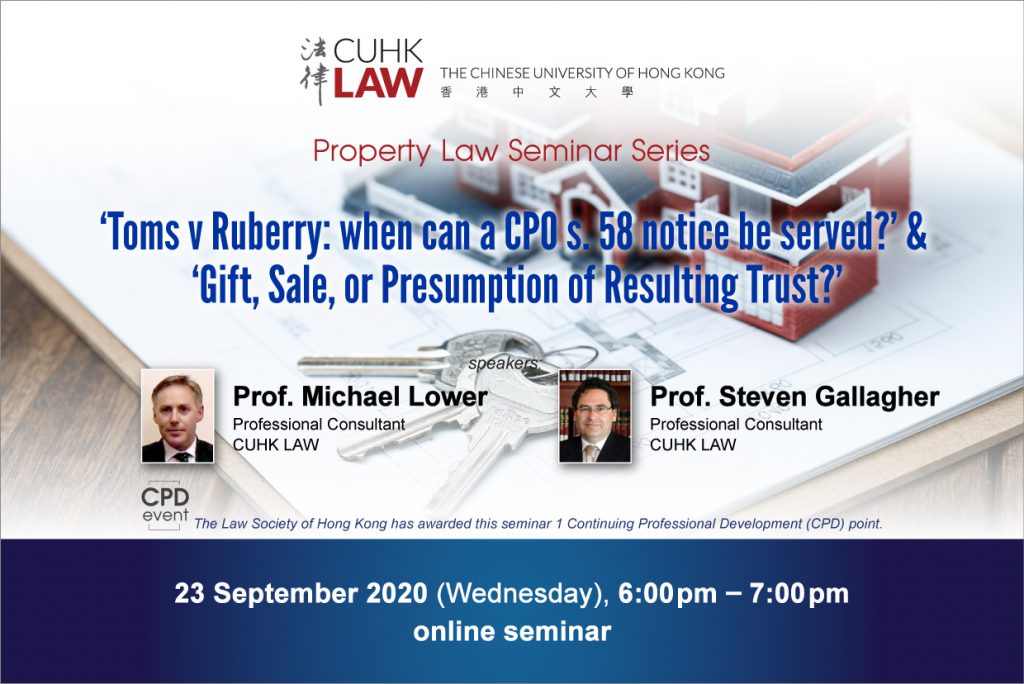 In Toms v Ruberry ([2019] EWCA Civ. 128) the forfeiture clause in a lease required the landlord to give the tenant 14 days to remedy any default. The landlord could only proceed to forfeit if the breach were not remedied within the 14-day period. Could the landlord serve a notice under s. 146 of the Law of Property Act 1925 (equivalent to s. 58 of the Conveyancing and Property Ordinance) before the 14-day period had expired? This leads indirectly to the question as to whether the forfeiture clause can specify in advance the reasonable period for remedy to be allowed by a s. 58 notice.

In Ng Kong Yeam v. Kay Swee Pin [2020] SGCA 55, the Court of Appeal in Singapore considered how the presumption of resulting trust should be considered when property had been transferred and the transferor was now not able to give credible evidence, being of unsound mind. The Respondent claimed that property had been given to her by a transaction dressed up as a sale and purchase but where the only consideration that may have passed was past consideration. If the Respondent’s case was inconsistent, she led evidence that she had given consideration but the transfer was a gift, should the Court just follow the presumption of resulting trust?