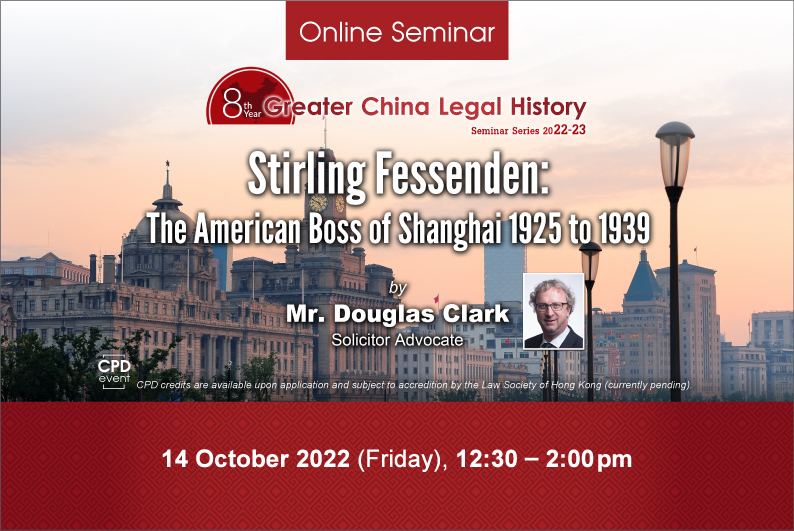 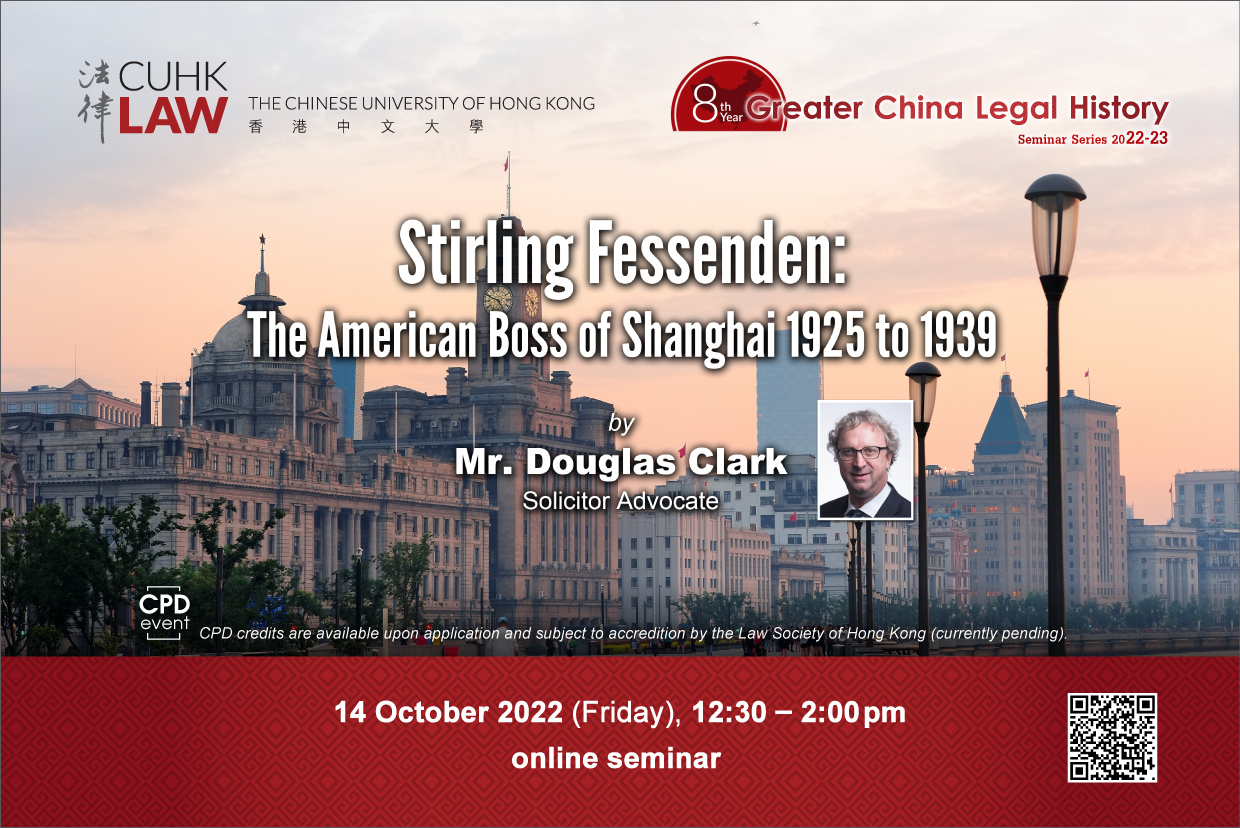 Sterling Fessenden, an American Lawyer, was Chairman and, then, Secretary General of the Shanghai Municipal Council between 1925 to 1939. During that period he effectively was the boss of Shanghai, negotiating with foreign powers and the Chinese to keep Shanghai safe (or as safe as possible) during the Kuomintang Northern Expedition and Sino-Japanese wars of 1932 and 1937. Fessenden arrived in Shanghai in 1905 as a young lawyer and practiced before the US Court for China, other foreign courts and the Mixed Courts in Shanghai. He was first elected to the SMC in 1923 and soon became its Chairman. His life provides a fascinating insight into one of the most important times in Chinese history as it found its way as a modern nation. The presentation will discuss how the SMC and Fessenden operated under the extraterritorial legal system in place in Shanghai.

About the Speaker:
Douglas Clark is a solicitor advocate and a partner of Douglas Clark LLP. He is the author of Gunboat Justice, a history of British and American extraterritoriality in China and Japan as well as a number of legal texts. Doug studied Chinese and Chinese law at Fudan University from 1988 to 1990. He started practice in Hong Kong in 1993 with Lovell White Durrant and in 2000 moved to Shanghai where he established and was managing partner of Lovells Shanghai Office. He was a barrister from 2011 to 2019 and until the end August 2022 he was head of Global Dispute Resolution at Rouse.