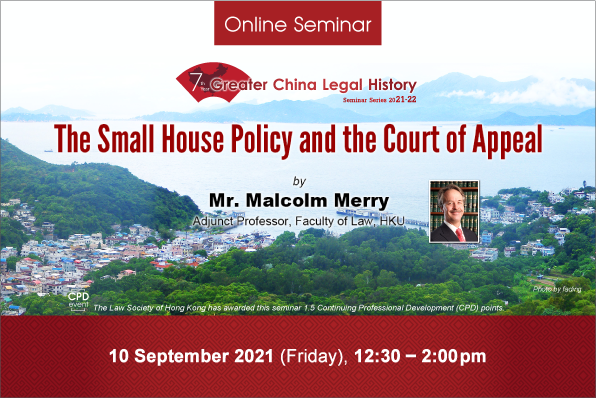 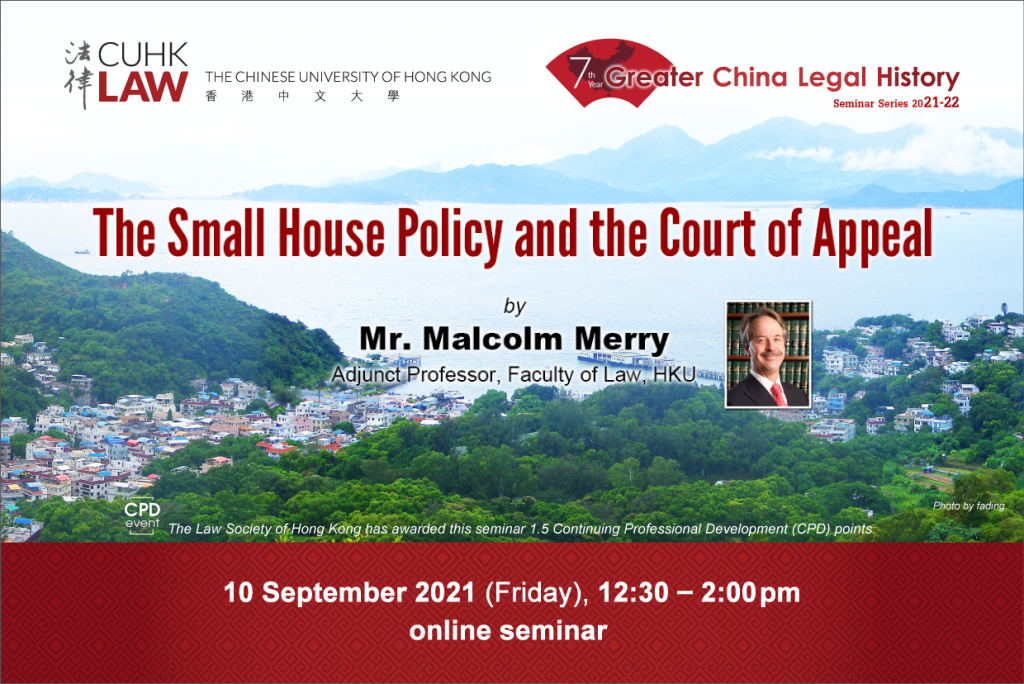 In January this year after months of deliberation Hong Kong’s Court of Appeal decided that the Small House Policy in its entirety is constitutional and therefore protected by Article 40 of the Basic Law. In doing so, the court partially reversed the judgment of the Court of First Instance that one aspect of the policy was not constitutional.

The Court of Appeal took a different approach from that of the trial judge to the assessment of the meaning of ‘the lawful traditional rights and interests of New Territories indigenous inhabitants’ and whether the small house grants come within that phrase. This assessment involved an account of the history of housing in rural areas.

In this seminar Malcolm Merry will recount, explain and examine the Court of Appeal’s reasons. He will suggest that the court’s historical account is not entirely accurate and involves some questionable interpretation.

Malcolm first joined the Faculty (then School) of Law at HKU as a lecturer in 1981. He rejoined the Faculty in December 2006 after 17 years in full-time practice in which he appeared or advised as counsel in numerous land-related cases. He has served as a deputy District Judge (Presiding Officer in the Lands Tribunal) and as a member of the HK Bar Council, the District Court Rules Committee and sub-committees of the HK Law Reform Commission. In 2011 he was appointed Head of the Department of Professional Legal Education at HKU, retiring in 2014 since when he has been an adjunct professor.