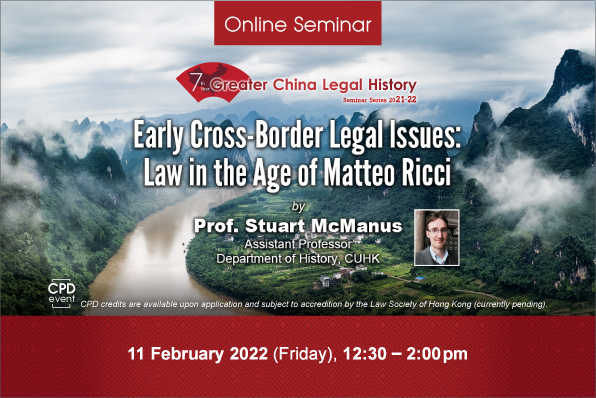 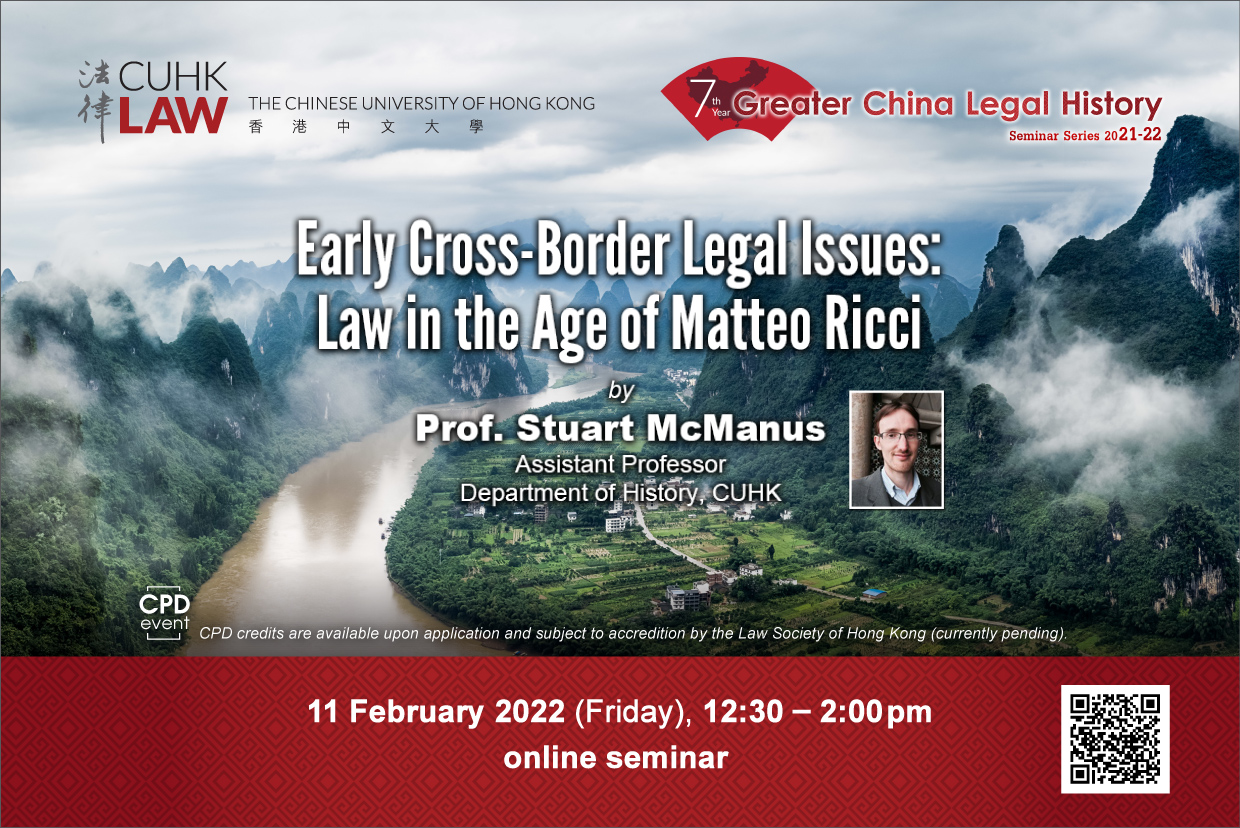 The Pearl River Delta region has long attracted merchants from the rest of Asia and beyond. This is documented from almost the very beginning of Chinese dynastic history, but took on a particular significance in the late-Ming and early-Qing periods when Portuguese and other European merchants (as well as missionaries and other hangers-on) were permitted to set up shop in Macau. This resulted in several centuries of cross-border and cross-cultural interactions that frequently touched on questions of law.
In giving an overview of cross-border legal issues in the sixteenth and seventeenth centuries, this paper will first treat the constitutional status of early modern Macau and the sources of law that applied there. This is not as simple as it might appear as pre-modern law (both Chinese and Western) was more capacious than its modern equivalent, and so it is important to take into account the universalizing cosmovisions, law-adjacent systems of rules, religious ideas and customs that characterized the legal landscape of the period. It will then address the overlapping judicial-administrative systems of Macau and Guangdong, before turning to the role of translation between Portuguese and Chinese, contracts, dispute resolution and cross-border crime (especially human trafficking). There will also be reference to the ways that cross-border trade in early modern Macau fitted into broader patterns of commerce in East Asia, and the larger legal history thereof.

About the Speaker:
Stuart M. McManus is Assistant Professor of History at the Chinese University of Hong Kong. He received his PhD in History and Classical Philology from Harvard University. At Harvard, he also studied civil law with Charles Donahue, Jr., which led to a co-authored study of “barbarian” family law. Subsequently, during a two-year fellowship at the Stevanovich Institute on the Formation of Knowledge at the University of Chicago he co-taught a course with Clifford Ando of the University of Chicago Law School. He has written widely on various topics in western and world history. His study of the global impact of the Roman courtroom orator Marcus Tullius Cicero appeared with Cambridge University Press in 2021.

*CPD credit is available upon application and subject to accreditation by the Law Society of Hong Kong (currently pending).