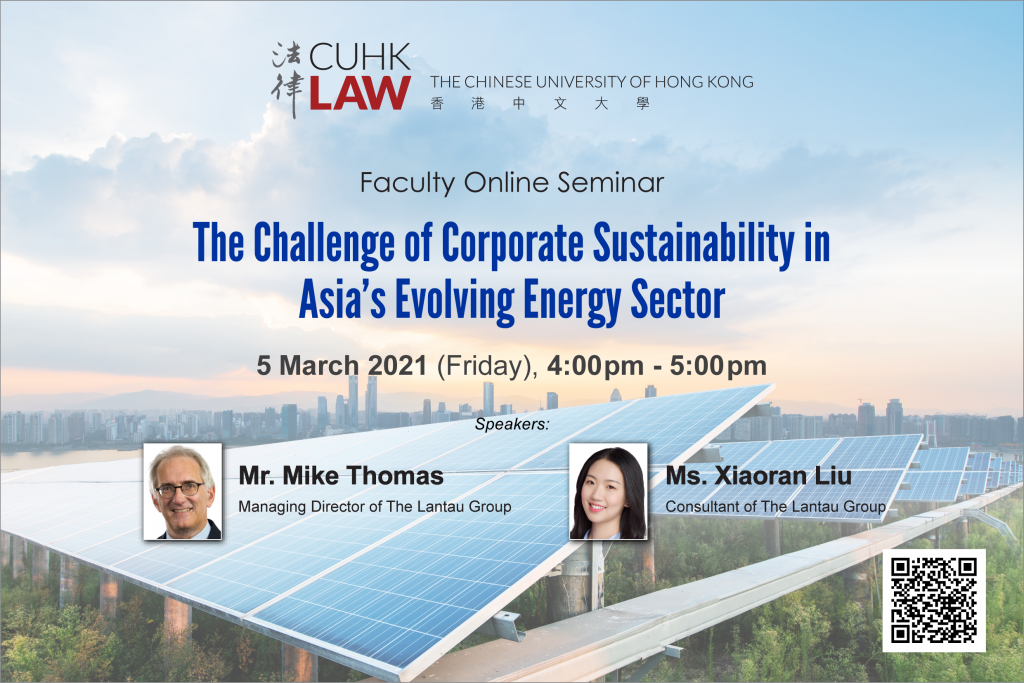 In recent years, leading multinational companies (MNCs) have shifted their sustainability focus from a simple compliance orientation towards one of strategic leadership. This shift in focus is starting to take hold in Asia. Opportunities for CSR-minded MNCs to invest in green energy procurements have been difficult to identify in Asia. Yet even amidst the stresses of the global Covid-19 pandemic, there has been a noted increase in corporate interest in strategies that identify and prioritise green energy procurement in the region.

However, in most Asian countries, the available green procurement options are generally insufficient, complex, unclear, or unexpectedly expensive. Members of initiatives like the RE100 and Science Based Targets seek to make credible progress but face significant challenges.

Mike Thomas is a founding partner and the managing director at The Lantau Group, an economic consultancy focusing on the energy sector in the Asia Pacific region. For the past three decades, Mike’s consulting work has centred around the intersection of regulation and competition in the energy sector. He works with stakeholders throughout the region on matters involving commercial transactions, regulation and market design, strategy, and economic evidence in commercial, competition, and regulatory disputes. Prior to co-founding The Lantau Group, Mike headed the Asia Pacific Energy & Environment practice of a global consulting firm and was based in Wellington, New Zealand for ten years He transferred to Hong Kong in 2007. He had begun his consulting career began in the United States, working for 10 years with a firm that, among other things, specialised in energy sector transformation and the introduction of competition in energy markets. Mike has an MPP from Harvard Kennedy School (PAE Prize) and a BA in Economics from Carleton College.

Xiaoran’s expertise lies in economic and financial analysis of generation assets. Since joining TLG, she has worked on commercial viability and transaction strategy projects and undertaken modelling and analysis work for investors and developers in Philippines and Singapore electricity markets. Prior to joining TLG, she had experience working on China’s power market reform and renewable policy with the National Renewable Energy Laboratory (NREL). Xiaoran holds a bachelor’s degree in Economics with a concentration in energy economics from China University of Petroleum, Beijing, and a master’s degree in Energy and Earth Resources from The University of Texas at Austin. She is fluent in English and Mandarin.