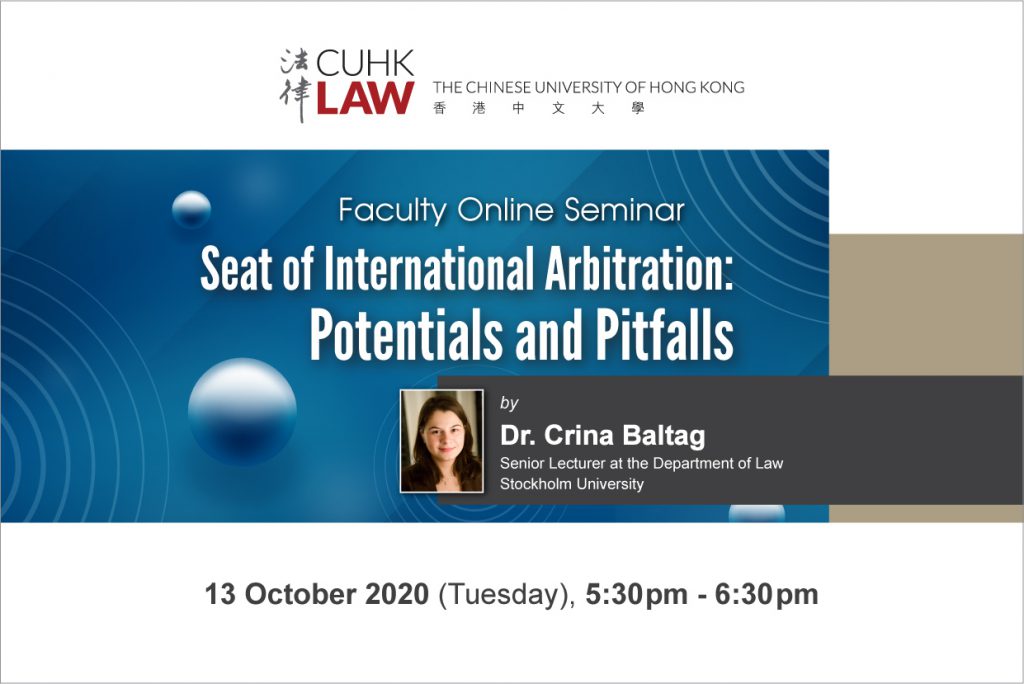 This seminar focuses on the relevance of the seat in international arbitration, in particular in times of pandemics. Topics to be addressed include the following:

About the Speaker:
Dr. Crina Baltag, Senior Lecturer at the Department of Law, Stockholm University