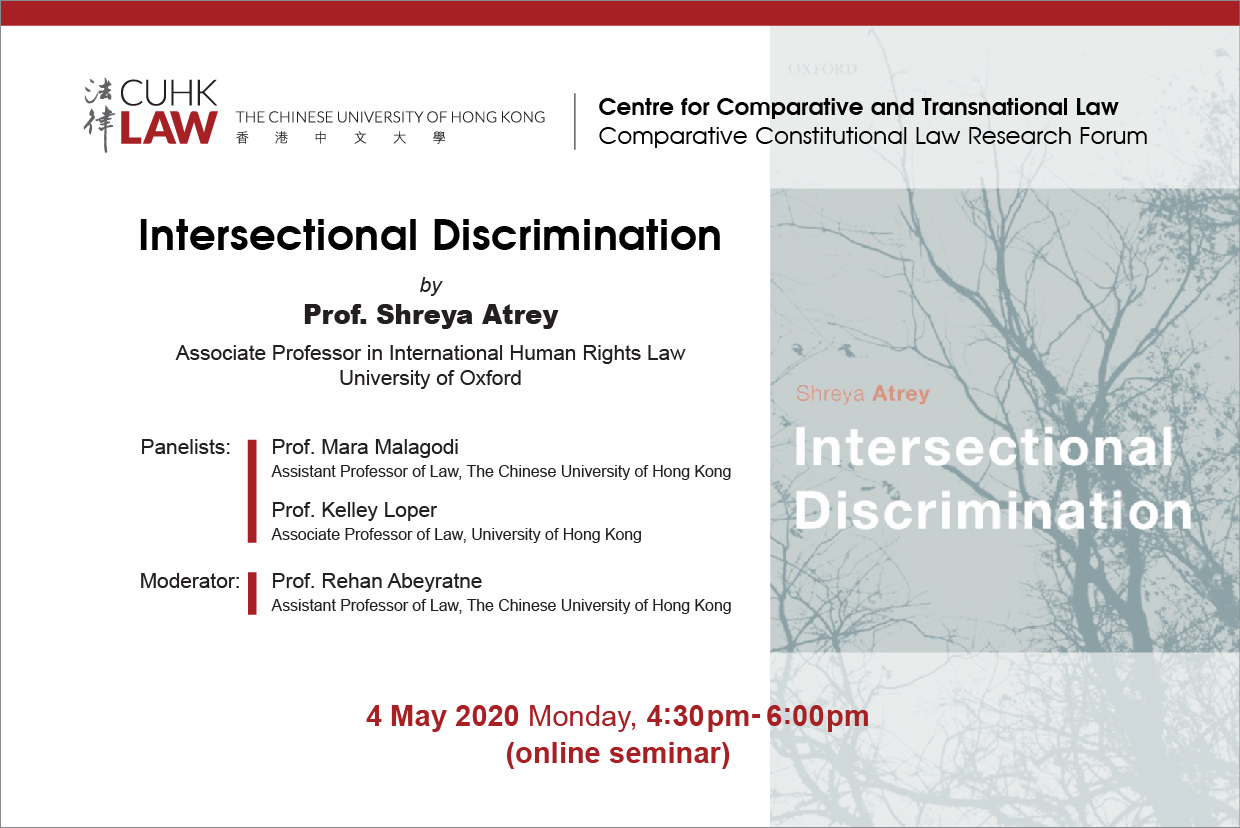 Lead speaker:
Shreya Atrey is an Associate Professor in International Human Rights Law at the Faculty of Law and Department for Continuing Education, based at the Bonavero Human Rights Institute at the University of Oxford. Her research is on discrimination law, feminist theory, poverty and disability law. Her monograph, Intersectional Discrimination (OUP2019), presents an account of intersectionality theory in comparative discrimination law. Previously, she was based at the University of Bristol Law School where she taught on Constitutional Rights, Public Law and International Human Rights Law courses. She has been a Max Weber Fellow at the European University Institute, Florence and a Hauser Postdoctoral Global Fellow at the NYU School of Law, New York. She completed BCL with distinction and DPhil in Law on the Rhodes Scholarship from Magdalen College, University of Oxford. She has served as the Chairperson of the Oxford Pro Bono Publico and is currently an associate member of the Oxford Human Rights Hub. Atrey is an Official Fellow of Kellogg College.