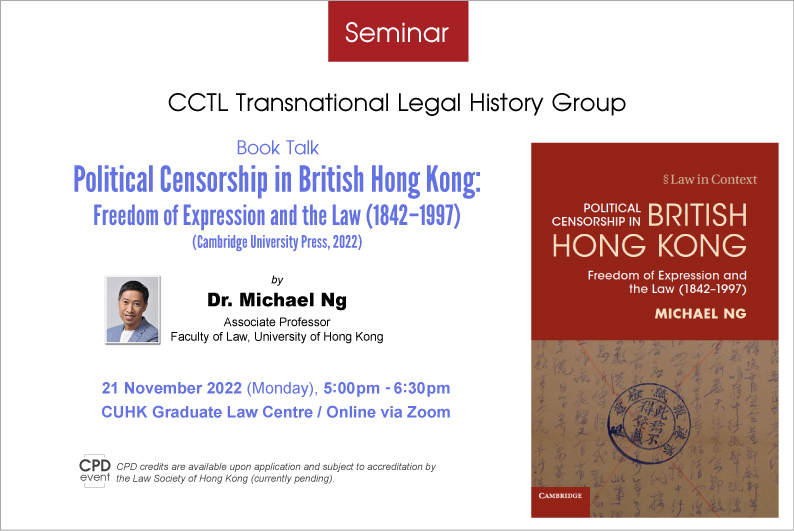 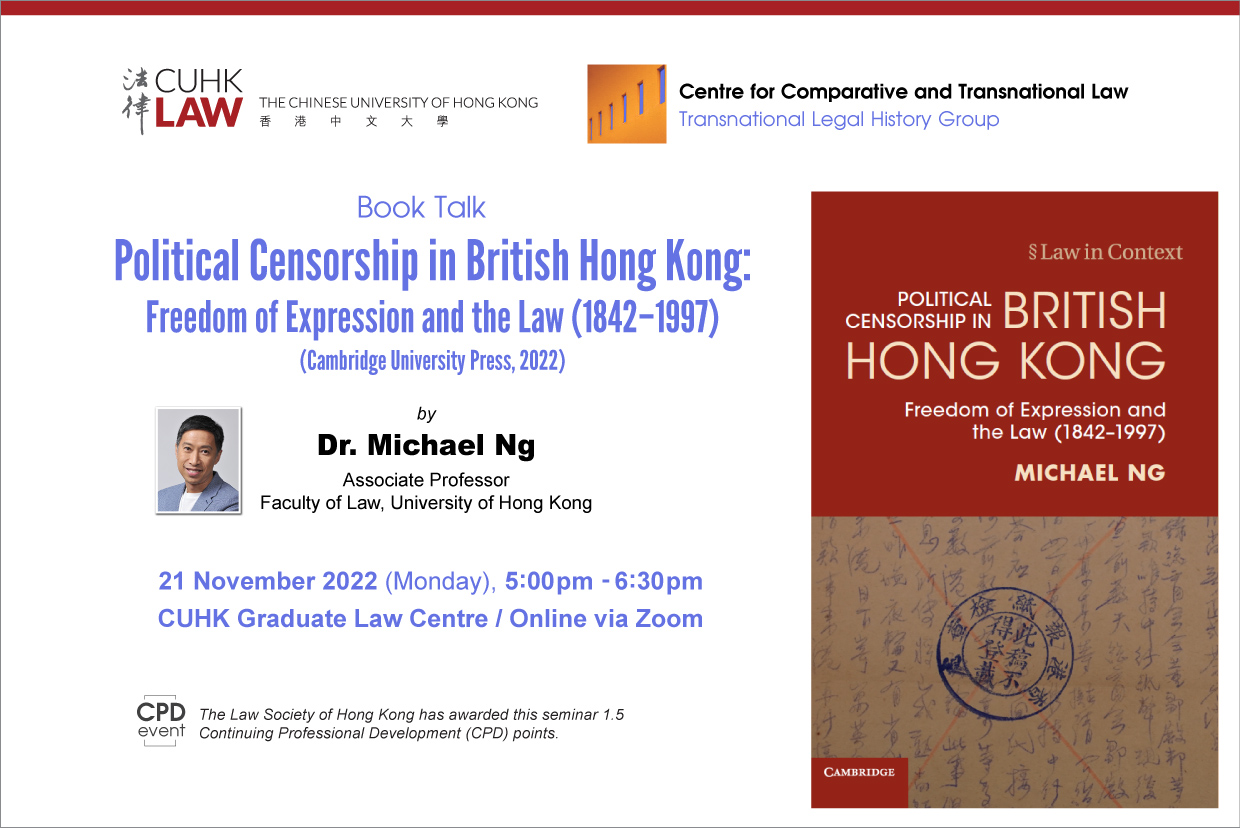 Drawing on archival materials, Michael Ng challenges the widely accepted narrative that freedom of expression in Hong Kong is a legacy of British rule of law. Demonstrating that the media and schools were pervasively censored for much of the colonial period and only liberated at a very late stage of British rule, this book complicates our understanding of how Hong Kong came to be a city that championed free speech by the late 1990s. With extensive use of primary sources, the free press, freedom of speech and judicial independence are all revealed to be products of Britain’s China strategy. Ng shows that, from the nineteenth to the twentieth century, Hong Kong’s legal history was deeply affected by China’s relations with world powers. Demonstrating that Hong Kong’s freedoms drifted along waves of change in global politics, this book offers a new perspective on the British legal regime in Hong Kong.

Dr. Michael Ng is a legal historian focusing on the legal history of modern China and Hong Kong. Dr. Ng authored Political Censorship in British Hong Kong: Freedom of Expression and the Law (1842–1997) (Cambridge University Press), Legal Transplantation in Early 20th Century China: Practicing Law in Republican Beijing (1910s-1930s) (Routledge), and co-edited Chinese Legal Reform and the Global Legal Order: Adoption and Adaptation (Cambridge University Press) and Constitutional Foundings in Northeast Asia (Hart). His works have appeared in leading journals such as Law and History Review, Law and Literature, Business History, International Journal of Asian Studies, among others. He has been appointed as visiting fellow of the University of Cambridge, visiting scholar of the University of Melbourne and the National University of Singapore, and visiting Associate Professor of National Taiwan University.