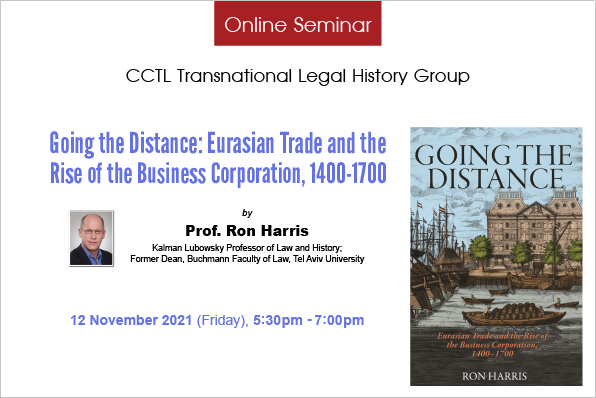 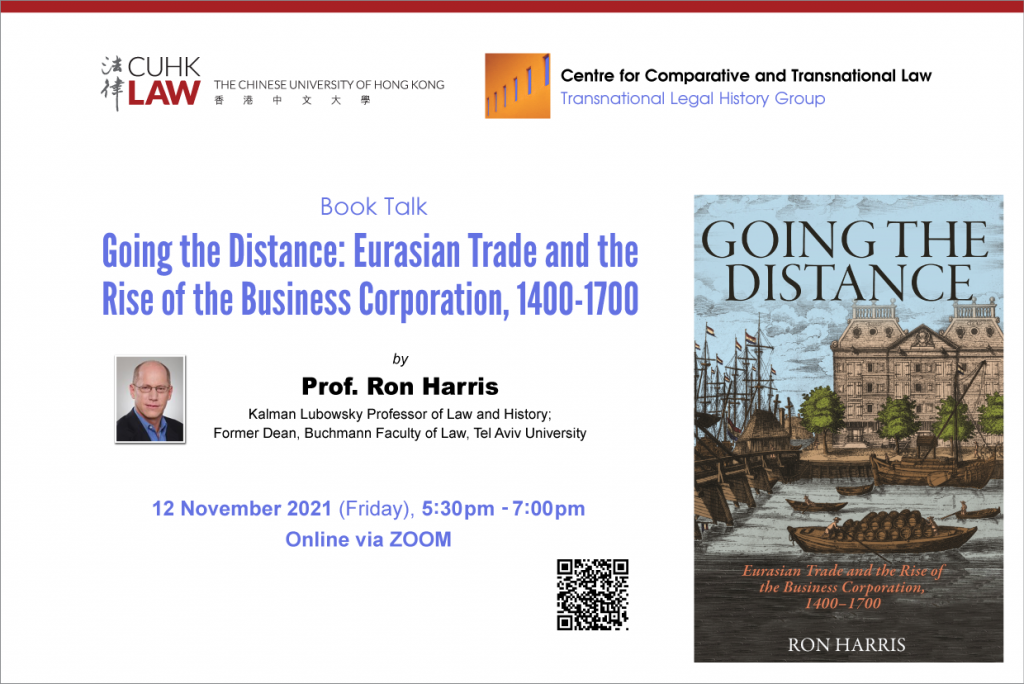 This event will explore Professor Ron Harris’s Going the Distance: Eurasian Trade and the Rise of the Business Corporation, 1400–1700 (Princeton University Press, 2020). In the book, Professor Harris explains why the business corporation first developed in the context of long-distance Eurasian trade, why around the year 1600, and why only in England and the Dutch Republic. The book asserts that four of the major attributes of the modern business corporation—joint-stock equity finance, lock-in of investment, transferability of interest and protection from expropriation by rulers—were designed in this formative period. Two attributes, separate legal personality and collective decision making, appeared in the context of pre-1600, non-business corporations, while a seventh attribute, limited liability, was formulated in a later period. Going the Distance explores the history behind a cornerstone of the modern economy, and how this organizational revolution contributed to the formation of global trade and the creation of the business corporation as a key factor in Europe’s economic rise.

Ron Harris is the Kalman Lubowsky Professor of Law and History and immediate past Dean, School of Law Tel-Aviv University. He is the author of Going the Distance: Eurasian Trade and the Rise of the Business Corporation, 1400-1700 (Princeton 2020); Industrializing English Law: Entrepreneurship and Business Organization, 1720 – 1844 (Cambridge 2000); and Israeli Law: The Formative Years 1948-1977 (in Hebrew 2014). He is currently working on a book project on the expansion of company law and multinational corporations from Britain to its Empire 1844-1914. He has published in economic history, business history, general history and legal history journals.

He earned an LL.B., and B.A. and M.A. in history from TAU and a Ph.D. in history from Columbia University. Harris was a Fellow at the Institute for Advanced Study in the Behavioral Sciences at Stanford University (2017-18). He was a visiting professor at UC Berkeley, USC, Cornell University, École Normale Supérieure in Paris, London School of Economics, HEC Business School in Paris and NALSAR Hyderabad and spent extended research periods as a visiting fellow in Oxford. Harris is a co-founder of the Israeli Legal History Association and the President of the Economic History Association of Israel.