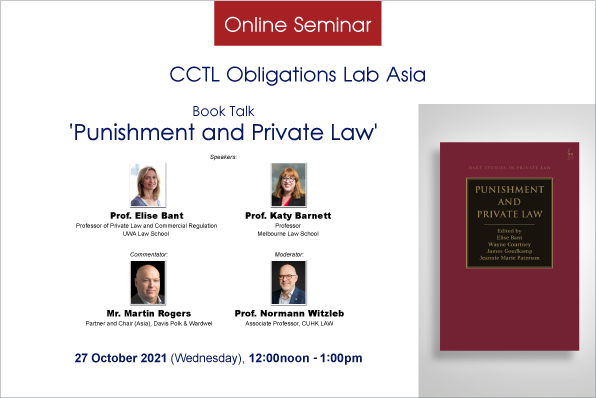 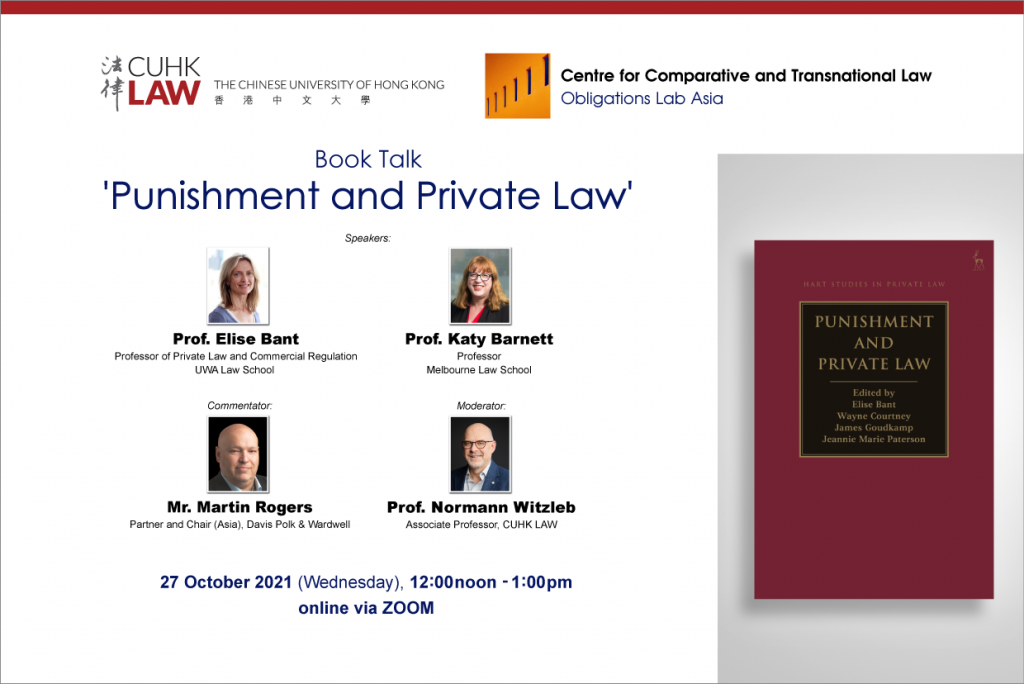 Elise Bant, ‘Effecting Deterrence through Proportionate Punishment: An Assessment of Statutory and General Law Principles’
This paper, written with Professor Jeannie Marie Paterson (MLS), explores some lessons offered by the rich interplay between common law, equitable and statutory principles concerned to deter serious misconduct. Its principal thesis is that statutory and general law deterrent regimes embrace punitive concepts and elements to effect their goals. However, they also show a concern that punishment should be proportionate and not excessive. The paper argues that the principles of proportionate punishment can and should be articulated. Proportionate punishment can be understood by reference to general law principles, which render it amenable to curial oversight and consistent with the goals of civil law. Here, the particular focus is on the contribution offered by equity’s longstanding jurisdiction to strip profits from wrongdoers. While equity’s aims here are ostensibly general and specific deterrence, it employs mechanisms that visit proportionate punishment on defendants in order to achieve those goals. These equitable strategies can be used to render modern civil pecuniary penalty regimes, such as those widely adopted in Australia and increasingly employed in other jurisdictions, highly effective and secured upon a principled basis.

Prof. Elise Bant is Professor of Private Law and Commercial Regulation at The University of Western Australia, a Professorial Fellow at the University of Melbourne and Fellow of the Australian Academy of Law. She is a general editor of the Journal of Equity with Professor Simone Degeling (UNSW) and Associate Professor Ying Khai Liew (MLS). Her main areas of teaching and research interests lie in the fields of unjust enrichment and restitution law, contract and consumer law, commercial regulation, civil remedies, property, equity and trusts. Elise has been appointed an Australian Research Council Future Fellow to examine corporate liability for serious civil misconduct, including fraud and predatory trading practices (FT 190100475): https://www.uwa.edu.au/schools/research/unravelling-corporate-fraud-re-purposing-ancient-doctrines-for-modern-times

Prof. Katy Barnett is a professor at Melbourne Law School. She has published widely on Remedies Law and other related aspects of private law. She also has interests in comparative law, animal law, behavioural economics and legal history. Katy’s PhD was published in 2012 by Hart Publishing as a monograph entitled Accounting for Profit for Breach of Contract: Theory and Practice. In 2013, she was a visiting scholar at Brasenose College, Oxford, as part of the Melbourne-Oxford Faculty Exchange. She has also written Remedies in Australian Private Law (CUP, 2018) with Dr Sirko Harder, now in its second edition, and is looking forward to the publication of Guilty Pigs: the weird and wonderful history of animals and the law (Latrobe University Press, Feb 2022, forthcoming) with Professor Jeremy Gans. In 2016 she won the Barbara Falk Award for excellence in teaching.

Martin is regarded as one of Asia’s leading litigation, financial services regulatory and corporate governance lawyers, with over 30 years of experience in the region. He is the chair of Davis Polk’s Asia practice and the head of the Asia litigation team. His practice includes complex litigation, dispute resolution, regulatory, white collar defense and fintech/regtech matters. Martin sits on the Advisory Board of the CUHK Faculty of Law and the Asian Academy of International Law, and is a consultant for the Basic Law Institute of Hong Kong. He has been the General Editor of the Hong Kong Civil Procedure (the Hong Kong White Book) from 2000 to date, he is a contributor to “Securities and Futures Ordinance: Commentary and Annotations” and a contributor to “Hong Kong Tort Law and Practice”, all published by Sweet & Maxwell.