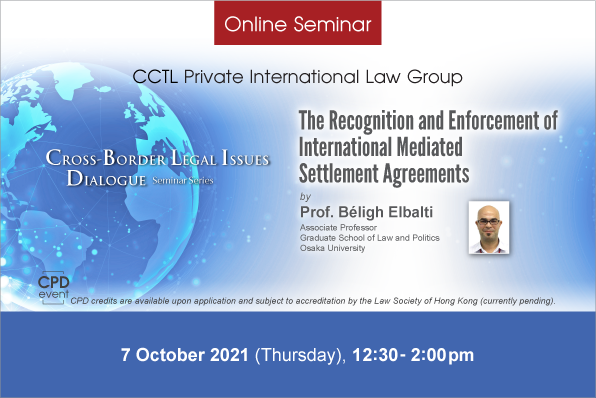 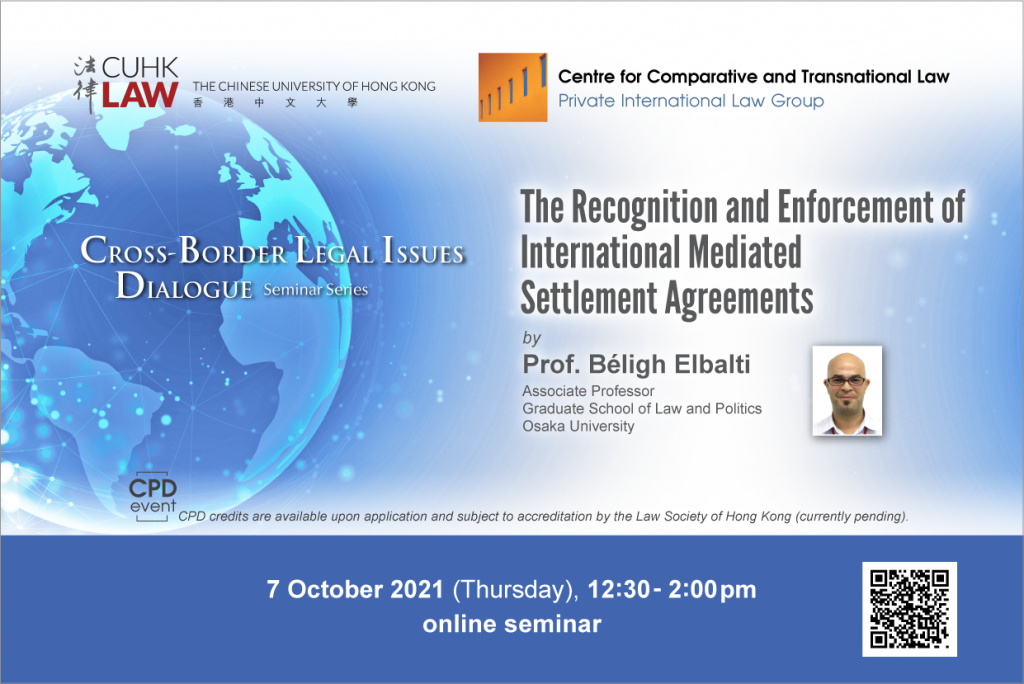 In 2018, the United Nations Commission on International Trade Law (UNCIRAL) adopted the “Convention on International Settlements Resulting from Mediation”, baptized as “the Singapore Convention”. The Convention, which entered into force only one year later, has been largely described by commentators and observers as “a game-changer” in the sense that it provides to dispute resolution outcomes acquired from a non-adjudicative process, i.e. international mediated settlement agreements (iMSAs), with a legal status comparable to foreign arbitral awards and foreign judgments. It is indeed argued that, if widely ratified, the Convention would “expand the number and nature of legal instruments susceptible to recognition and enforcement under private international law rules”. As such, iMSAs – which are no more than private contractual agreements – would be “recognized” and “enforced” within private international law framework in the same way foreign arbitral awards and foreign judgments are “recognized and enforced” under the 1958 New York Convention and the 2005 and the 2019 Hague Conventions. In this respect, the question that needs to be answered is the following: does the Convention really allow the “recognition” and “enforcement” of iMSAs in the same way as foreign arbitral awards and foreign judgments or is it only an “illusion” due to the imprecise use of the terms “recognition” and “enforcement” in the context of iMSAs?

This presentation shows that the avoidance to use the term “recognition” in the Convention is not only due to different conceptions of the notion, but also because the premises underlying its use are absent in the context of iMSAs. It also shows the notion of “enforcement” in the Convention does not necessarily correspond to “enforcement” as traditionally understood in the context of private international law. Therefore, despite the apparent similarities between the different international schemes, this presentation argues that the uniform regime introduced by the Singapore Convention is fundamentally different from the legal frameworks that the New Convention and the Hague Conventions provide for the recognition and enforcement of foreign arbitral awards and foreign judgments.

Dr. Béligh Elbalti is an associate professor at the Graduate School of Law and Politics – Osaka University where he teaches, inter alia, Japanese law, comparative law, Islamic family law a and private international law. He is a holder of a Master’s in Law degree in Common Law Studies obtained in Tunisia. Since 2008, he has been established in Japan where he continued his advanced studies in the field of Private International Law and earned, in addition to another Master’s in Law degree in Legal Studies in 2011 his Doctor of Law Degree at the Graduate School of Law – Kyoto University on the theme of the liberalization of the recognition and enforcement of foreign judgments in 2014.

CPD credits are available upon application and subject to accreditation by the Law Society of Hong Kong (currently pending).