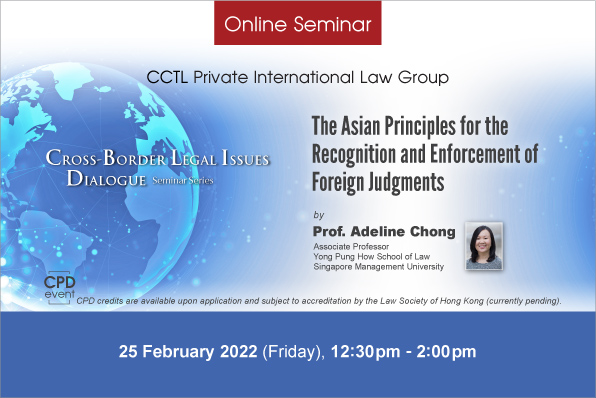 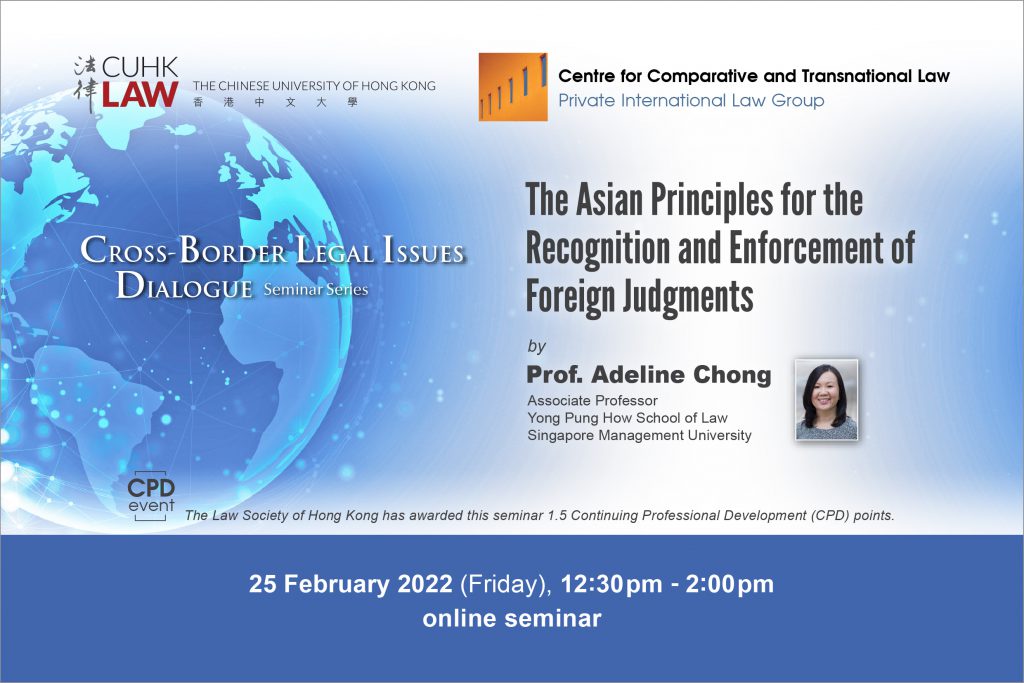 The portability of foreign judgments across borders helps to faciliate cross-border transactions by lowering transaction costs and associated legal friction among countries. This is important for Asia given initiatives to establish greater economic integration in Asia such as the establishment of the ASEAN Economic Community, the Belt and Road Initiative and free-trade agreements such as the CPTPP and RCEP.

The Asian Principles for the Recognition and Enforcement of Foreign Judgments (ABLI, 2020) is one of the publications resulting from a project conducted under the auspices of the Asian Business Law Institute (ABLI). The ABLI Foreign Judgments project considered the recognition and enforcement of foreign judgment rules in the ten ASEAN Member States and five of ASEAN’s major trade partners i.e. Australia, China, India, Japan and South Korea. The Asian Principles is a statement of the laws on foreign judgments in the region. It sets out the common principles and differences in the laws and suggests ways in which harmonisation of the foreign judgment rules can occur.

This seminar discusses the Asian Principles and considers the extent to which harmonisation of the foreign judgment rules is possible in the region. Harmonisation would of course increase the portability of judgments across borders. The seminar also examines the Hague Convention on the Recognition and Enforcement of Foreign Judgments in Civil or Commercial Matters and the likelihood of the Convention being adopted by the Asian countries.

Adeline Chong is an Associate Professor at the Yong Pung How School of Law, Singapore Management University. She was formerly a lecturer at the School of Law, University of Nottingham. She has published in leading peer-reviewed journals such as the Law Quarterly Review, International and Comparative Law Quarterly, Lloyd’s Maritime and Commercial Law Quarterly and the Journal of Private International Law. She is the co-author of Hill and Chong, International Commercial Disputes: Commercial Conflict of Laws in English Courts (Oxford, Hart, 4th edn, 2010). She is the Project Lead of the Asian Business Law Institute’s project on the Recognition and Enforcement of Foreign Judgments in Asia. Her work has been cited by various courts including the Singapore, Hong Kong, New South Wales and New Zealand Court of Appeals, the UK Law Commission, as well as in leading texts on conflict of laws such as Dicey, Morris and Collins on the Conflict of Laws (15th edition). She has also been invited to present papers by the British Association of Canadian Studies, British Institute of International and Comparative Law, Kyushu University and the University of Sydney. She has conducted courses for the Attorney-General Chambers of Malaysia and delivered Continuing Professional Development Talks for Singapore’s Attorney-General Chamber’s Academy and the Law Society of Singapore. She has appeared as an expert on Singapore law before a Finnish court and issued a declaration on Singapore law for a US class action.