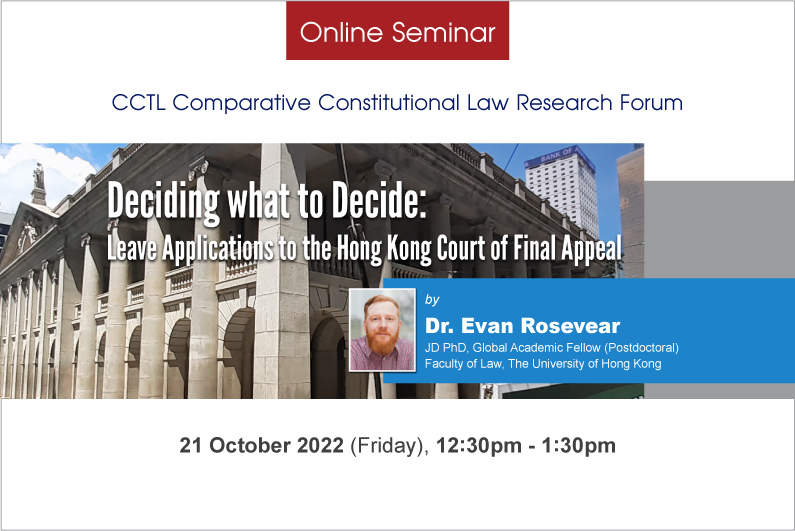 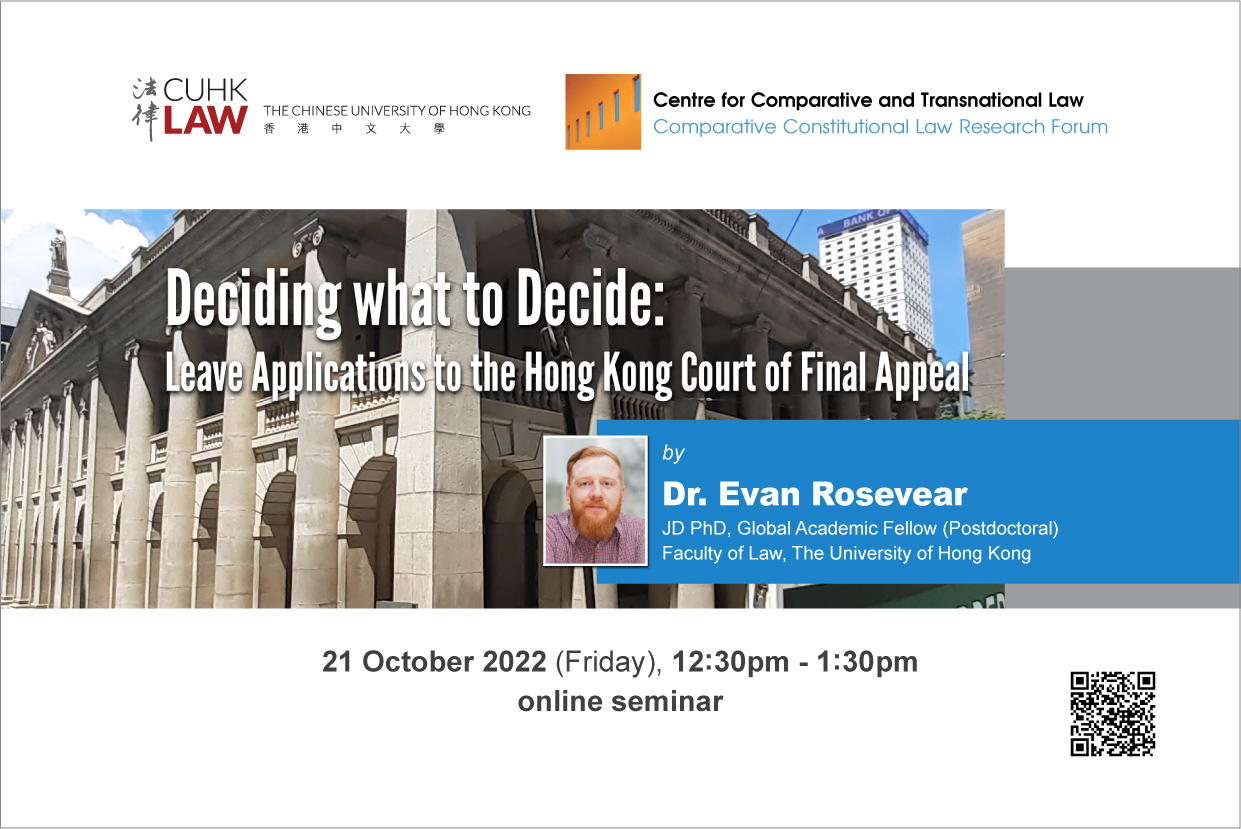 This paper contributes to an emerging body of empirical research on the Hong Kong Court of Final Appeal through the examination of the decisions of that Court’s Appeal Committee during its first 25 years. After offering the first systematic description of the Appeal Committee’s activities during that time, it discusses three key findings emerging from the data. First, the data suggests that, in line with Galanter’s theory of the relative advantages of repeat over one-off litigants, actors with greater institutional resources and iterated engagement with the legal system are more likely to be granted leave to appeal. Second, there is a clear positive correlation between the number of applicant counsel relative to the number of respondent counsel and a higher likelihood of being granted leave. This has implications for the equity and fairness of the appellate process, particularly with respect to criminal appeals. Third, when Justice Bokhary sat on the Appeal Committee as a Permanent Judge of the Court there was significantly higher likelihood of leave being granted than when he was not sitting while the opposite was true when a Chief Justice—particularly Chief Justice Li—sat. Finally, the concomitant rise of institutionally authored decisions on the Appeal Committee and the Full Court is discussed alongside directions for future research.

Dr. Evan Rosevear’s research lies at the intersection of comparative law and comparative politics with a focus on national constitutions and domestic legal systems. It is guided by a desire to understand how courts, rights, and constitutions operate, how they interact with other state and non-state actors, and whether and when they are capable of fostering social and political change. Methodologically, it takes the form of theoretically-informed, empirically-driven comparative analysis that involves single case and small-n research supplemented by large-n statistical analysis.

Dr. Rosevear’s current projects include a comparative examination of the interaction of legal reasoning and politics in the adjudication of constitutionalized social rights and the use executive discretion in instances of executive aggrandizement. He is also interested in developing the empirical and comparative study of non-US judges and courts.

Dr. Rosevear holds a PhD in political science and a JD from the University of Toronto. He is also a Research Associate with the Toronto Initiative for Economic and Social Rights (TIESR) and have previously spent time at the Center for Justice and Society at FGV Direito-Rio and the South African Institute for Advanced Constitutional, Public and International Law (SAIFAC) at the University of Johannesburg.