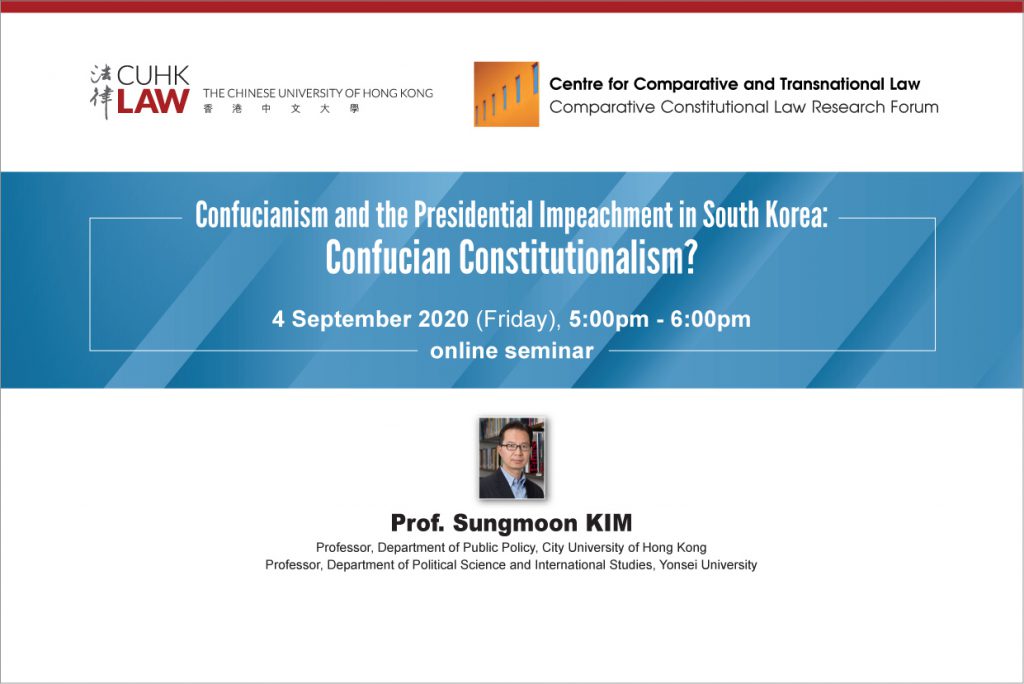 In his path-breaking essay that investigates the rise of judicial review in democratic Taiwan and South Korea, Tom Ginsburg presents the distinctive style of judicial review practiced by both countries in terms of “Confucian constitutionalism,” at the core of which is the practice of constitutional review as remonstrance. The seminar examines whether the model of Confucian constitutionalism is still relevant in Korea, especially in light of the Constitutional Court’s recent decision to uphold the motion to impeach the president rather than merely offering remonstrance or warning. The seminar also raises a question what it means to practice liberal constitutionalism in a society of the Confucian heritage and discusses how East Asians can practice democratic rights and citizenship in ways consistent with their liberal commitment as well as their Confucian culture.

Professor Kim’s recent journal article “From Remonstrance to Impeachment: A Curious Case of ‘Confucian Constitutionalism’ in South Korea” (Law & Social Inquiry 44:3 [2019]) offers a prior glimpse of the seminar.