The presentation covered issues related to the genealogy of the concept of the rule of law, legal ethnology, and morality. Dr. Lee delved into the formation of the rule of colonial difference through recounting the global history of the Contagious Diseases Ordinances and the persistence of legal frames linked to those ordinances in Hong Kong and the Straits Settlements. Along the way, he explored tensions related to their drafting and implementation, and argued that a gendered sovereignty was produced in the British empire through laws that outlined the colonial state’s protective role vis a vis ‘native’ women. More broadly, his talk explored the manner in which the development of the liberal rule of law was bound up with the production of racial hierarchy in the colonies.

The talk was followed by an engaged discussion, exploring questions such as the evolution of the narrative of ‘protection’ within the British Empire over time, and the nature of the relationship between metropolitan and colonial governance. 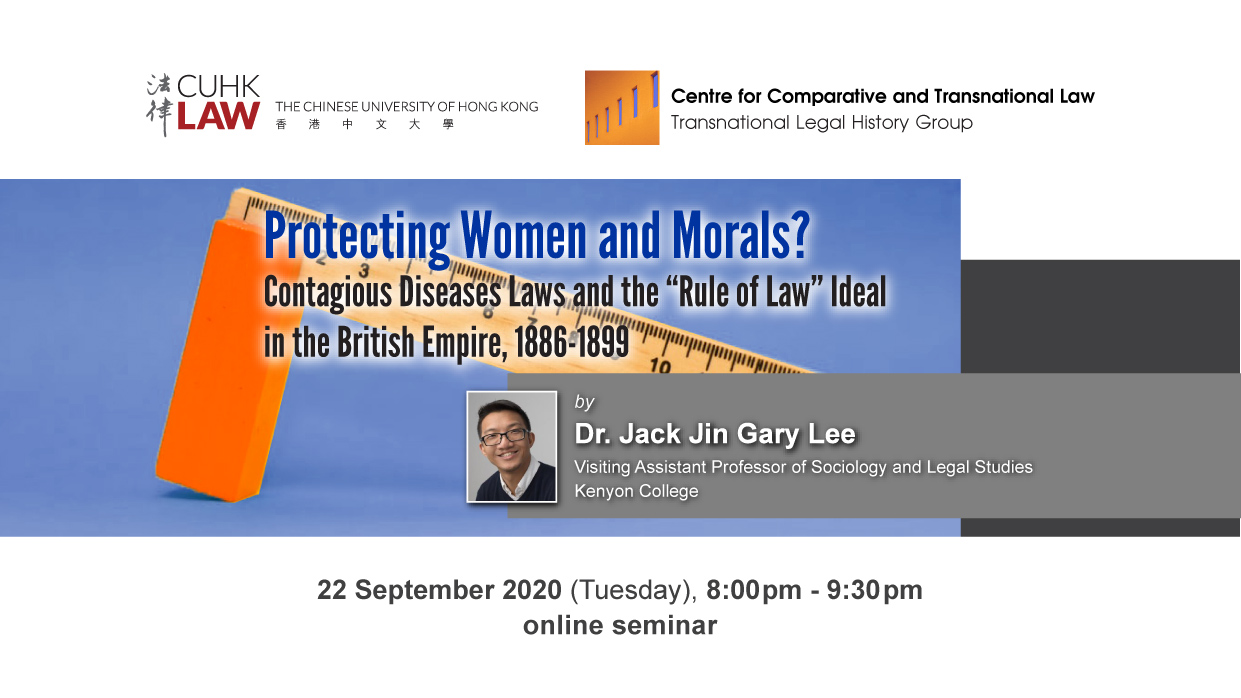