Prof. Sungmoon Kim, a leading scholar of comparative political theory at the City University of Hong Kong, presented his book “Theorizing Confucian Virtue Politics: The Political Philosophy of Mencius and Xunzi” published by Cambridge University Press. Prof. Kim explained how the political philosophies of Mencius and Xunzi are used in the constitutional field, and how they have been developed to authorise the ruler’s legitimate use of power in domestic and interstate politics in ways consistent with their distinctive accounts of human nature. The book discussion then continued with the comments of Prof. Chung-yi Cheng, (CUHK, Department of Philosophy) Prof. Ryan Mitchell (CUHK LAW) and Prof. Ngoc Son Bui (CUHK LAW). The discussants engaged in a fascinating discussion with Prof Kim on comparative constitutional law, international law, and political philosophy aspects of Mencius and Xunzi thought, and the differences among the two Confucian thinkers. The speakers also examined the influence of Mencius and Xunzi thought on the modern significance of sovereignty, sovereign power, institutional building, and realpolitik in contrast to the thought of modern western thinkers. 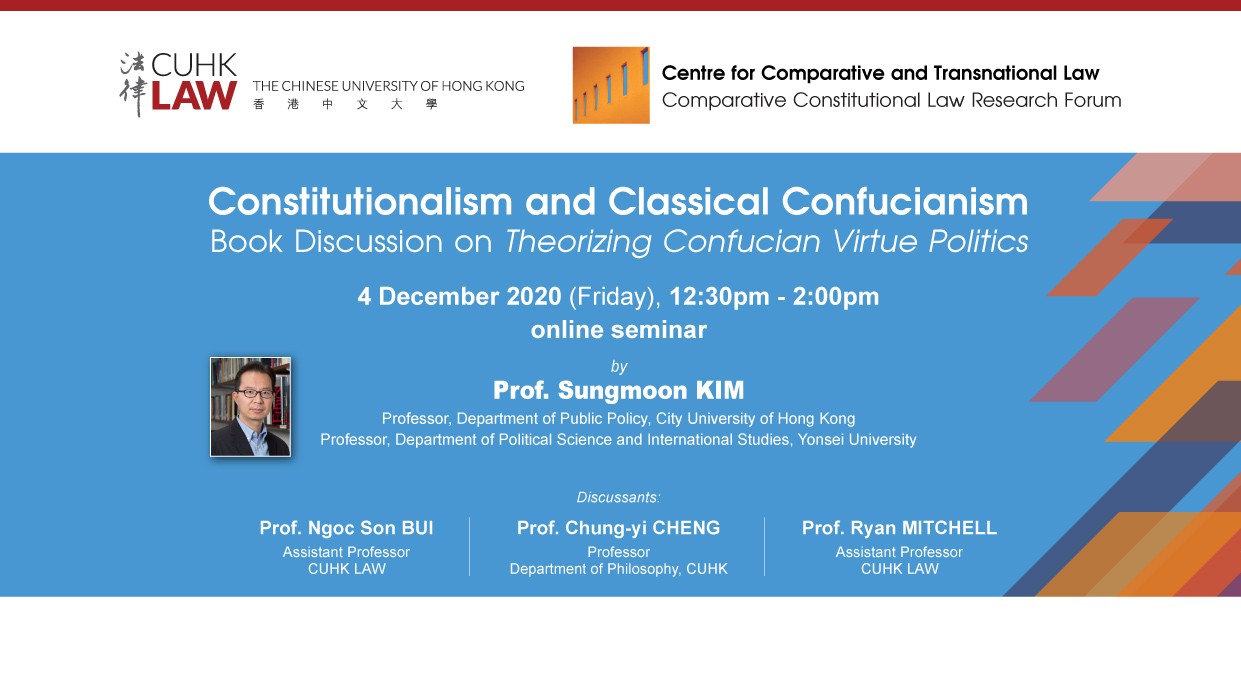