Initially, Prof. Ian Morley and Prof. Steven Gallagher examined the 1888 case of the mutilation and killing of five women and their infamous assassin who was never identified and prosecuted, and who is known by the name, “Jack the Ripper”. Today, these crimes, more than 130 years after, still attract public attention and speculation. In the second part of the seminar, the attention shifted to Hong Kong contemporary serial killers. Initially, Ms. Yasmine Zahir examined the cases of “The Jars Murderer” and “The Tuen Mun Rapist”. Then she focused on the case of Rurik Jutting, the banker turned killer (although not technically a serial killer), which has drawn considerable media attention in Hong Kong.  In the last part, the seminar examined potential legal issues that may have arisen if Jack had been caught and brought to trial. Mr. Jeremy Dein QC speculated on the contemporary and present-day evidential issues and examined what defences might have been run to defend the seemingly indefensible. 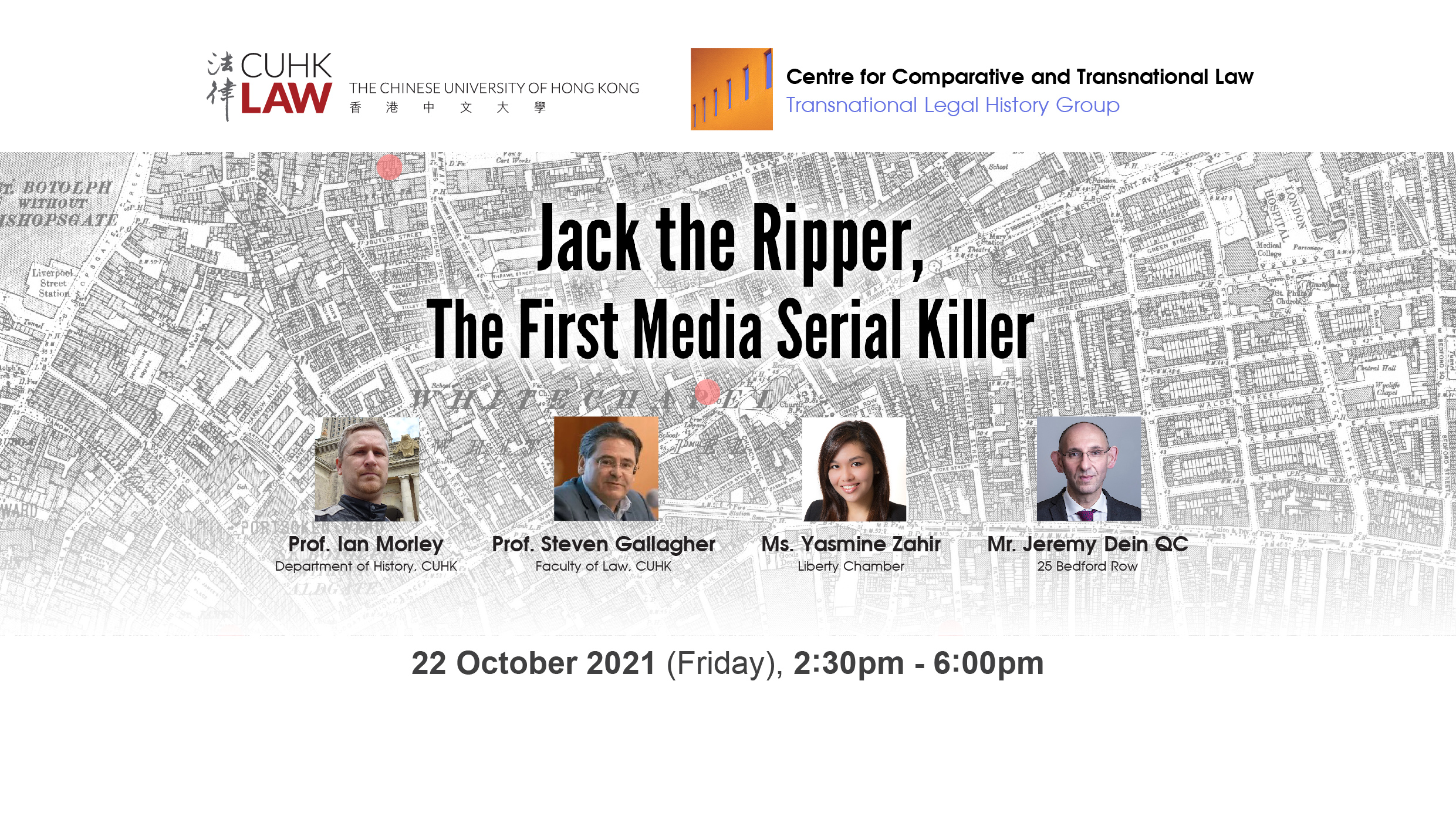