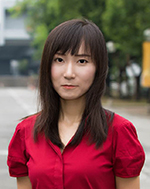 Michelle Miao teaches in the areas of criminal law and Chinese legal system. Among Michelle Miao’s research interests are the intersections between the domains of criminology, human rights, socio-legal studies and international law. Michelle’s recent scholarship focused on the administration of criminal law and policies in China and the United States. She studied post-reform capital sentencing process in mainland China. Her research also examined the role of long-term incarceration and the suspended death penalty regime in contemporary China. She carried out interviews and data collection in multiple U.S. jurisdictions, with the aim to enrich our understanding of the regime of Life without the possibility of parole (LWOP). Her research extended to explore recent populist backlashes against the European Court of Human Rights in England in the field of criminal justice.

Professor Miao has authored book chapters and peer-reviewed journal articles published in British Journal of Criminology, theoretical criminology and International Journal of Law, Crime and Justice. Her scholarship has been featured in various international media outlets, including Wall Street Journal and The Globe and Mail. Professor Miao’s 2015 article on life without parole in the United States was selected by the International Junior Faculty Forum. Before entering CUHK law, Professor Miao was a British Academy Postdoc fellow at University of Nottingham’s school of law and a Global research fellow at New York University School of Law. Before then, she was a Howard League research fellow at University of Oxford.

Other: Grants, Scholarships and Awards