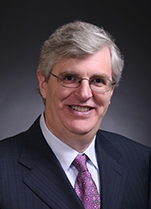 Mr. Schmidt began his legal career as a Colorado State prosecutor in the United States. He has substantial trial experience in both the US and the PRC. In 2003, he became associated with Baker & McKenzie’s PRC intellectual property group. In November of 2010, he joined Jun He as counsel. Recently, he joined the law faculty at CUHK (the “Chinese University of Hong Kong”) as a professional consultant.

Mr. Schmidt has extensive experience in all aspects of PRC intellectual property practice, both contentious and non-contentious. He is experienced in managing large trademark portfolios, including Apple’s and Warner Bros.’, and he has helped a number of foreign brand owners achieve PRC “well-known” trademark status. He has overseen the acquisition of very high-profile marks and directed the recovery of numerous stolen marks.

With respect to enforcement, Mr. Schmidt has successfully prosecuted numerous administrative, civil and criminal IP cases in the PRC. He is the architect and prime mover behind Michael Jordan’s naming rights case against Qiaodan Sports (“喬丹體育”). A number of the maters he has help direct have been chosen as model cases either by the Supreme People’s Court or the QBPC (“Quality Brands Protection Committee”).

Back in 1983, Paul was an exchange student at CUHK in the International Asian Studies Program. He was also an actor in the Jacky Chan Kung-fu movie “Project A” (“ A計劃”).