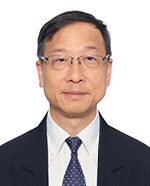 Mr. Benjamin Yu SC was admitted to the Hong Kong Bar in 1979 and took silk in 1995.  He has served as Deputy High Court Judge and as Recorder of the Court of First Instance in Hong Kong.  He is currently in practice as senior counsel. He was member of the Law Reform Commission from 2004 to 2009 and held various chairmanships and memberships of government committees/advisory bodies.  He was awarded the Silver Bauhinia Star, for his distinguished public and community service, particularly his significant contribution to company law reform and other areas related to the development of laws in Hong Kong.