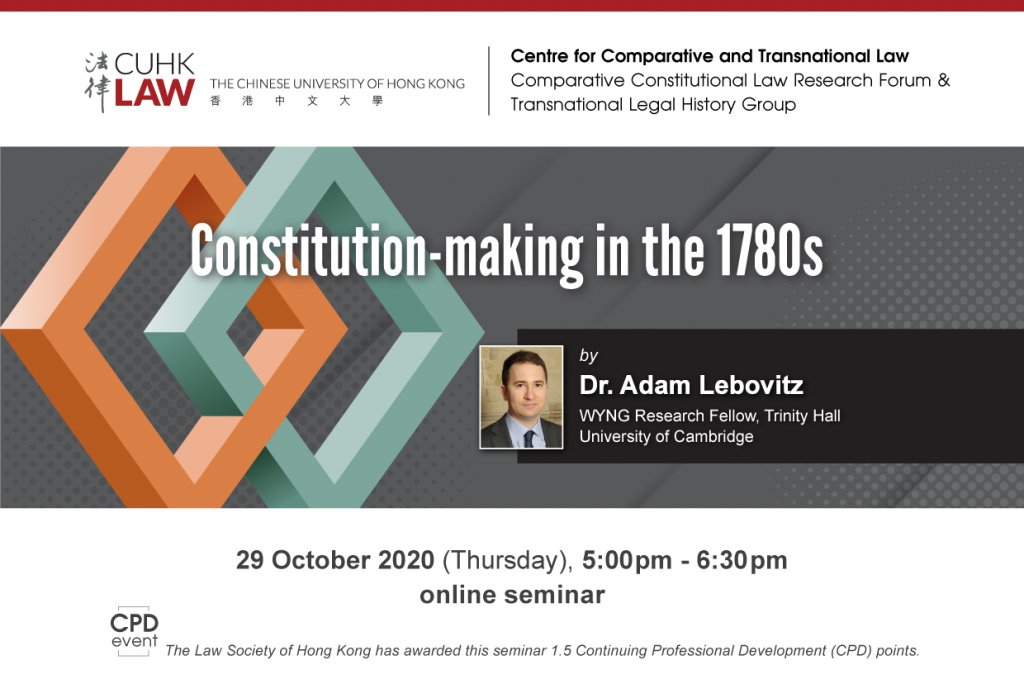 It is not often remembered that the Constitutional Convention in Philadelphia convened on the same day—May 25, 1787—that Louis XVI dissolved the Assembly of Notables, setting in motion the crisis that eventuated in the French revolution. But delegates and observers on both sides of the Atlantic were highly cognizant of the coincidence, and understood both events in the context of a new wave of reform and constitution-making that swept across Europe in the 1780s, resulting in revolutionary upheavals in Belgium, the Netherlands, and Geneva. This paper has two major aims. First, to chart the surprisingly extensive connections between these different revolutionary moments—such as when we find the future French revolutionary leader Jacques-Pierre Brissot writing letters on the Genevan revolution in character as a citizen of Pennsylvania, or when we find John Adams sending copies of the Defence of the constitutions of government, a work that originated in his 1786 visit to the Dutch republic, to both Philadelphia and Paris, to aid in the drafting of new constitutions. And second, to show that the most celebrated constitutional documents of the American and French revolutions derived crucial inspiration from these earlier, failed revolutionary moments. I will underscore, in particular, the prominent role of the Dutch Stadtholder in ensuing debates over executive power between 1787 and 1790.

About the Speaker:
Adam Lebovitz is the WYNG Research Fellow in Political Theory and Philosophy at Trinity Hall, Cambridge. He holds a PhD, as well as a JD, from Harvard. His area of specialization is the constitutional histories and theories of the late eighteenth century, particularly as they manifested during the so-called “Age of Revolution.” His first book, titled Colossus: Constitutional theory in America and France, 1776-1799, is under contract with Harvard University Press.