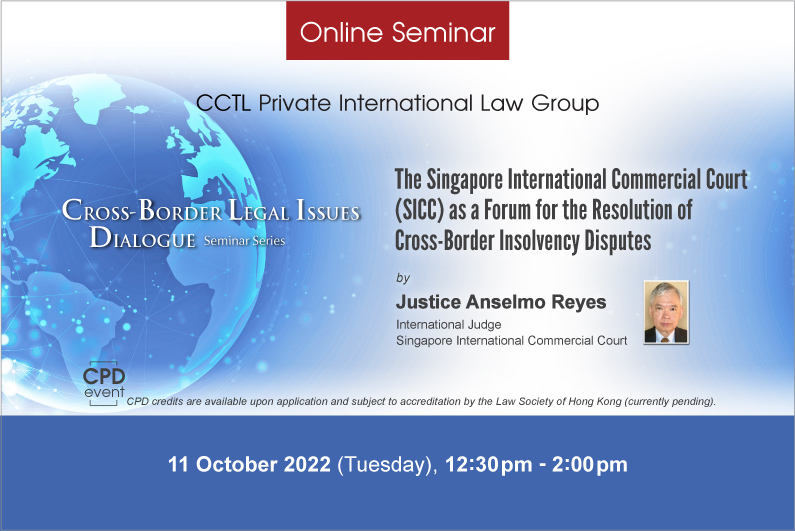 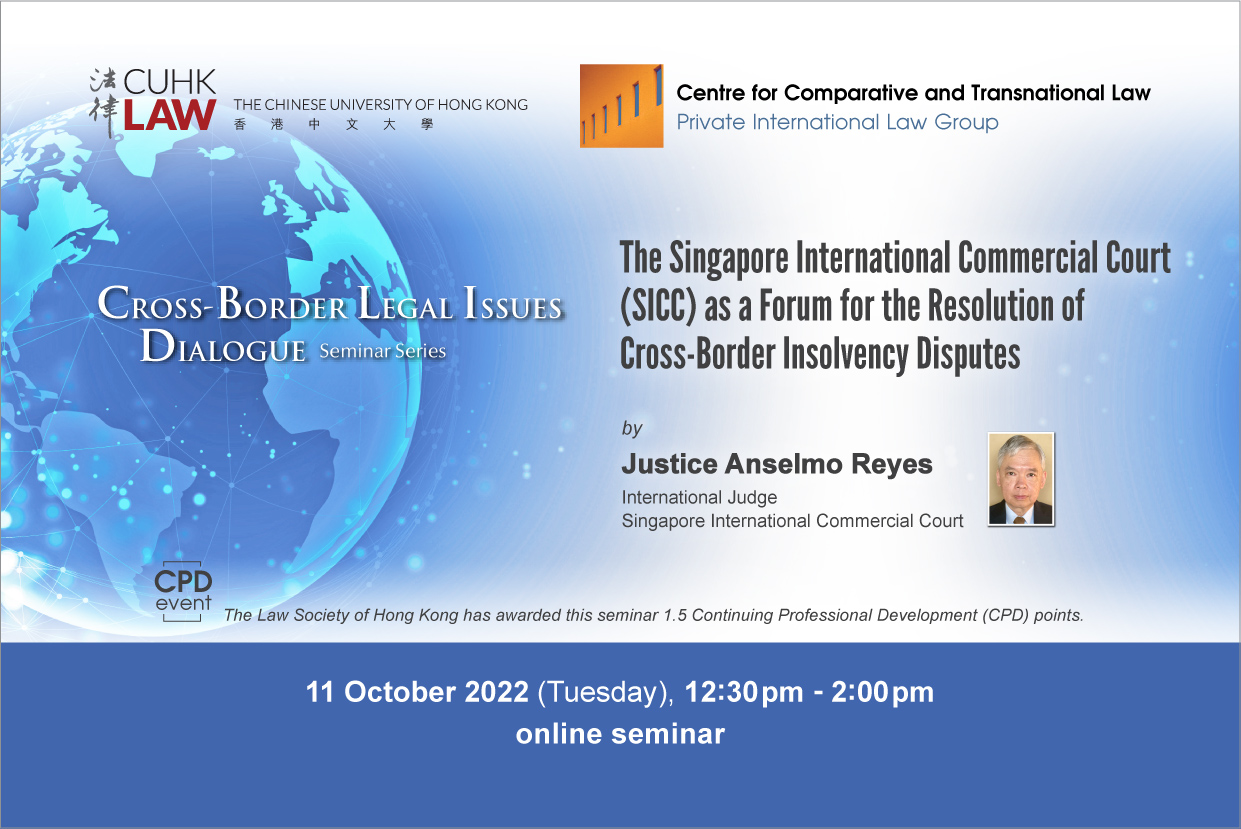 The seminar will touch on questions such as the following:

About the Speaker:
Anselmo Reyes practises as an arbitrator. He was Professor of Legal Practice at Hong Kong University from October 2012 to September 2018. Before that, he was a judge of the Hong Kong High Court from September 2003 to September 2012, when he was in charge of the Construction and Arbitration List (2004-8) and the Commercial and Admiralty Lists (2008-12). He was Representative of the Hague Conference on Private International Law’s Regional Office Asia Pacific from April 2013 to July 2017. He became an International Judge of the Singapore International Commercial Court in January 2015.