On 22 April 2021, the CCTL Transnational Legal History Group organised a seminar titled ‘“A Hundred Gates Open for Entrance”: The Expansion of the English East India Company within the Frameworks of Asian Power, 1600 – 1765’. The seminar was based on Dr. David Veevers’ book ‘The Origins of the British Empire in Asia, 1600-1750’ published by CUP. The discussion shed new light on the foreign frameworks of power that fuelled the expansion of Global Britain in the early modern world, focusing on the role of the English East India Company. Dr. Veevers examined the evolution of the British strategies that led to their expansion within the Asian state system, focusing on four key elements: a) the decentralised nature of the early modern state, and early modern empire formation; b) the enfranchisement of individuals and institutions; c) the development of cross-cultural networks; and d) the emergence of transnational diplomatic and legal mechanisms.

Prof. Christopher Roberts chaired the seminar and moderated the discussion. 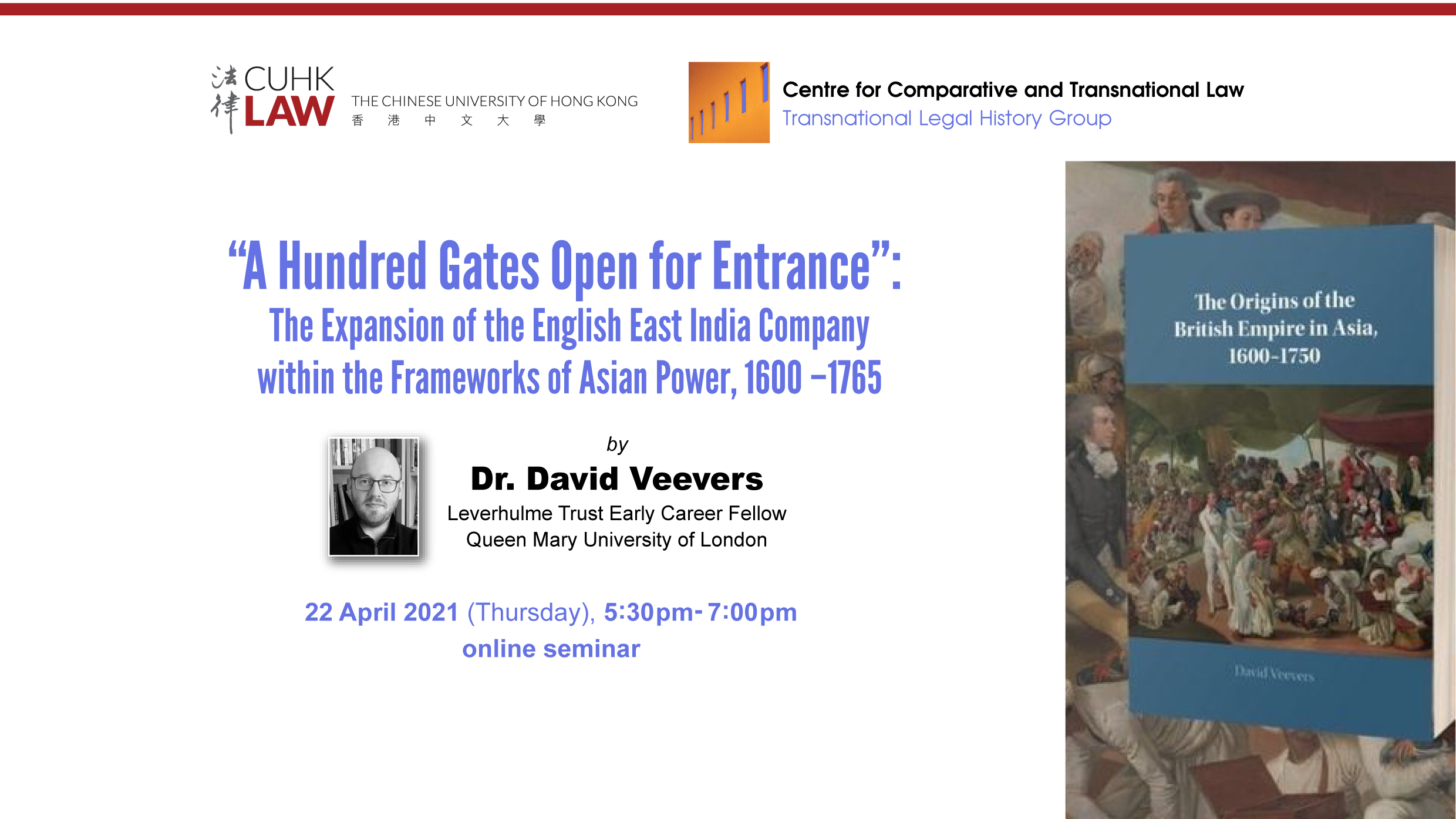